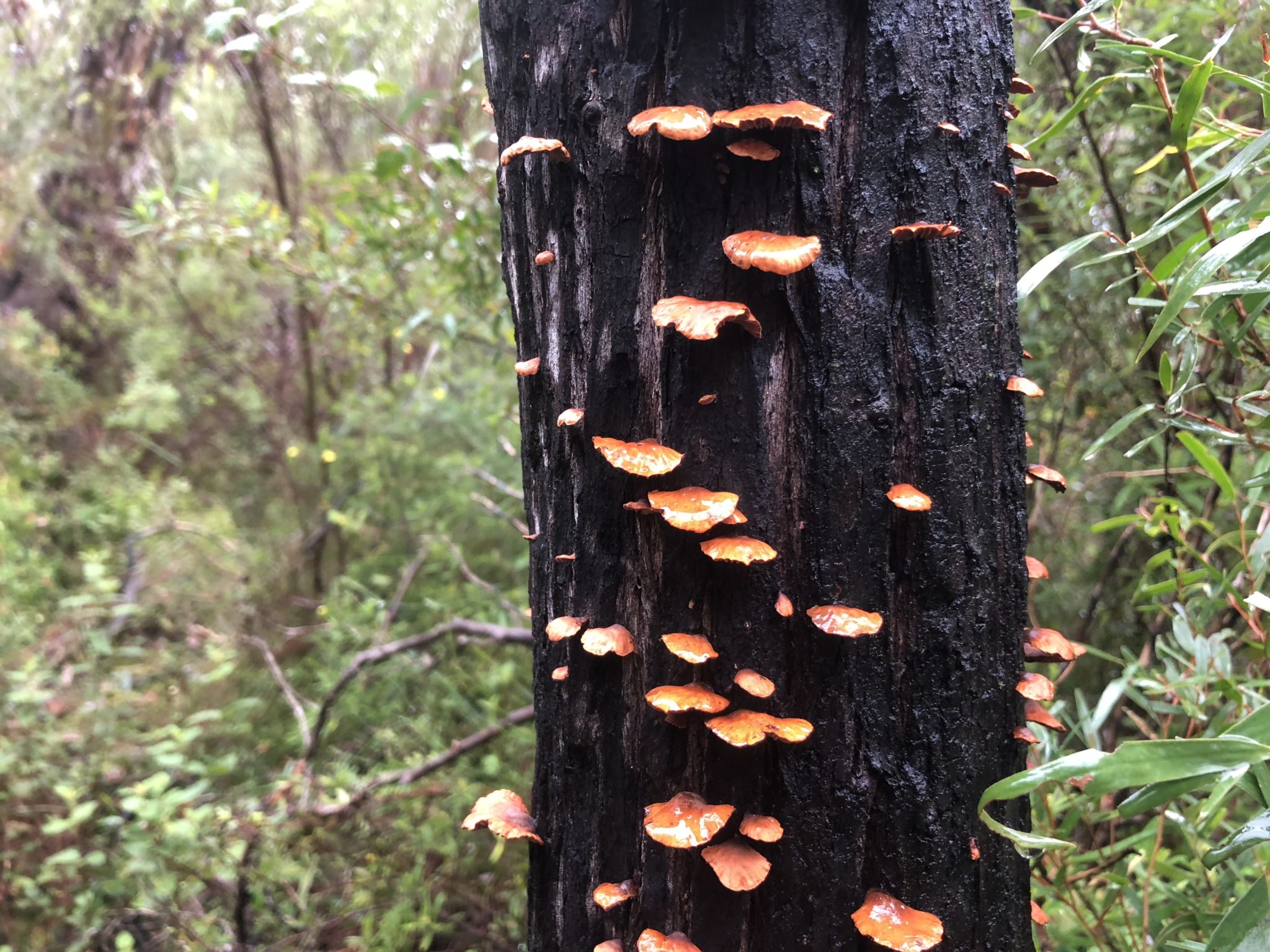 Today was another big day as well as another day of rain and fine breaks. Distance wise today was much shorter than yesterday travelling around 28km but what surprised me was that due to the terrain, it almost took as long as yesterday’s longer distance.

Over the past week I have had some minor changes in vegetation and most notably was the introduction of grass trees to the landscape. Today however I went through some changes of vegetation picking up smaller eucalyptus, before moving through a large burnt out area and then started picking up the big trees and in particular the giant eucalyptus known as Tingles. These trees used to be much more widely spread but are now limited to a reasonably small area near Walpole in sooth western Australia. While they are tall trees, its the girth on the big remnant trees that can be as much as 400 years and and over 20 metres in circumference. They are truely impressive trees.

I hit this part of the forest around  the middle of the day when I had lunch at Giants campsite which for me was the most attractive shelter on the hike so far. I then pressed onto to the Franklin River shelter for the night, another double hut day.

Earlier in the morning I came across a solo female hiker heading south and for the first time on this trip I had company for the night. Andrew, who was in his late 20’s was heading and you could tell he has been on the track for a while as his food intake was leaving me for dead.  He was willing to chat with me for the podcast so have a listen to episode 076.

On the way to Franklin River I crosssed over Sappers bridge and while was closed to vehicles was dry. I had been advised by the female solo hiker that when she crossed two days before that she was walking through head  high foam.

I had a play around with the strapping on my feet and decided not to do the right one but by the end of the day I had decided I need to do both feet.

While Giants Campsite was the prettiest site I think Franklin River was close. Due to the closeness to the river, this shelter is raised off the ground as well as having a covered verandah and wooden floor. The toilet also requires a packed lunch as it a long walk which keeps it out of the flood zone.