next day → ← previous day
Day 3 In to Burrinjuck 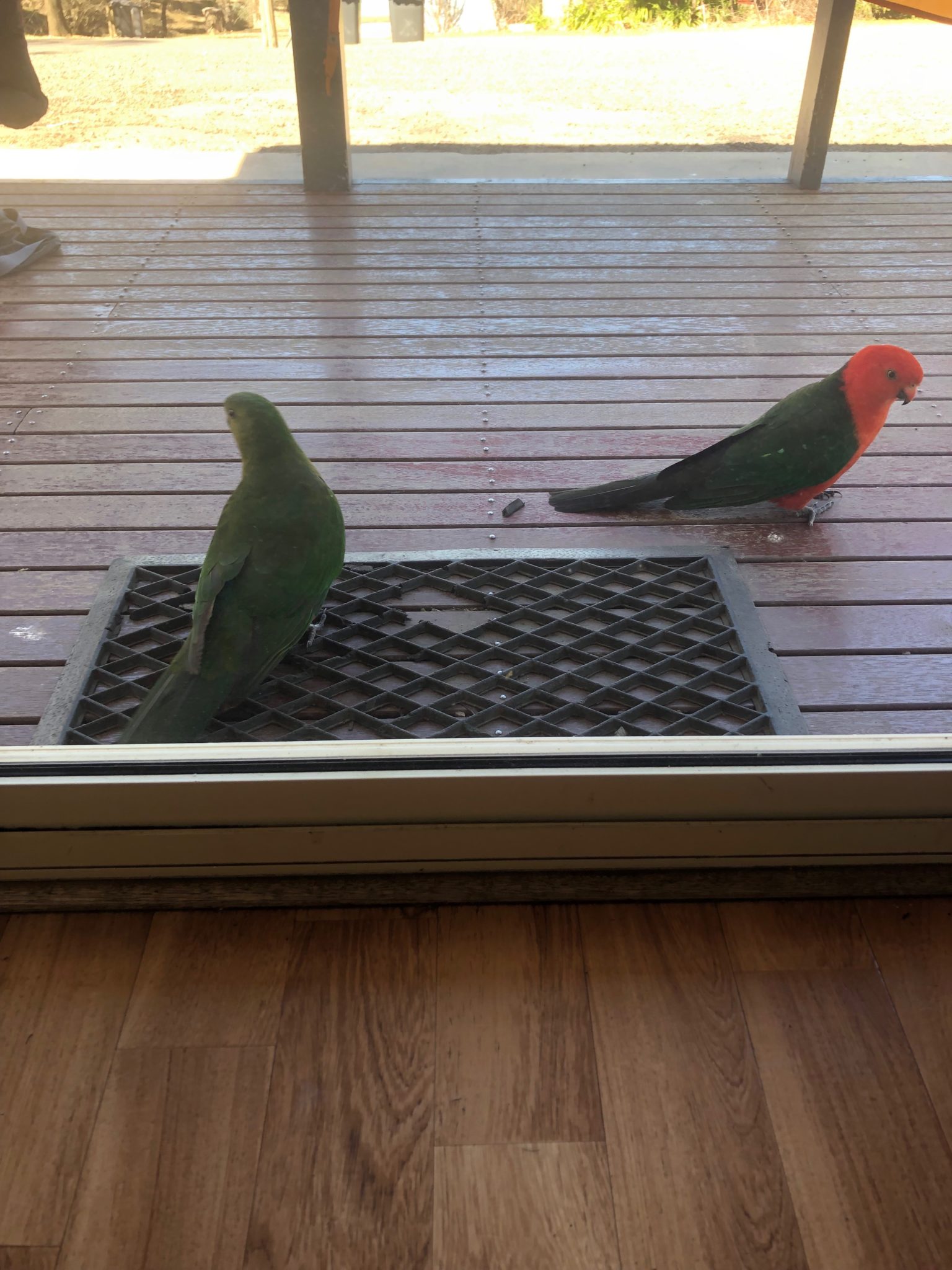 It’s day 3 and we both had a restless night last night. The tent site which was wonderful for a nap all of a sudden became ‘slidey’ during the night. It was also a long night as well being in the tent for around 12 hours. I was already awake but a car drove through, from God knows from where, at 5.00am and after that we were awake just waiting for a bit of light so we could get up.The appetite is still not there so we only had part of breakfast and were fine with that. The other problem we had was that while we topped up on water yesterday afternoon it wasn’t enough; it did however last us through until we reached Burrinjuck.

We started walk just before 7.30am and the trip today was nicer as we walked though much more natural bushland and the road really became more of a track. At around mid morning the road became a hiking track for the first time and it was amusing to see the sign saying no horses or motorbikes. The track is bad enough for hikers when it’s dry with some sections requiring you to watch your footing due to greasy track and downed trees. In wet conditions it would become very slippery and downright dangerous for horses or motorcycle. It seemed to take forever to get around the dam and it really throws you when you can see your destination about 1 km across the dam but you need to walk 4 km around the edges.

We arrived at Reflections Holiday Park at Burrinjuck at around 10.30am this morning and did, what for the day was the hardest part, the walk from the dam up to the office. If you do this walk, find out in advance where your accommodation is and drop your packs.

We had lunch and were almost mobbed by the parrots and cockatoos which were obviously wanting a feed. If you listen to podcast episode 121 which we will post in the next day you will hear them squawking away in the background.

The other thing we did today was pick up our food drop which we left here 8 days ago. We will end up doing a cull as I’ve made some poor brand choices and I don’t know why I chose peanut butter without sugar and salt; I think cardboard would taste better.

The rest of today I’m in social media and podcast mode and that will take a while. I’m looking forward to a sleep in a bed tonight and the chance of a shower. Tomorrow we are on the boat at 8.00am.

It’s day 3 and we both had a restless night last night. The tent site which was wonderful for a nap all of a sudden became ‘slidey’ during the night. It was also a long night as well being in the tent for around 12 hours. I was already awake but a car drove through, […]