Huts and hiking in Australia

Australia’s alpine national parks consist of a series of eight national parks that run from the outskirts of Canberra in the north through NSW, and down into Victoria not far from the outskirts of Melbourne in the south. Most of these parks are physically connected and form a continuous pathway that the Australian Alps Walking Track runs through highlighting the best of what these parks have on offer. If you have spent much time wandering this alpine region then you will have come across one or more of the approximately 200 huts that dot the landscape. While the Australian Alps is home to this high concentration of huts, other Australian states and territories also boast a range of these relicts from the past. In addition to the older huts there are now  newer, often ultra modern versions, cropping up in some of our best known outdoor recreation areas.

In this article we look at the reason these huts came into existence, the function they now serve, and importantly the etiquette involved in putting them to use.

Where did they come from?

The oldest of the huts in Australian mainland alpine region dates back to the 1860s. A large number were built by graziers and miners initially to provide accomodation and shelter for those hardy souls who worked the land or sought wealth underneath it. From this rural background this pattern continued well into the 1900s with huts like Schlink Hut in Kosciuszko National Park being built for the Snowy Mountain Scheme in 1961. Many of the older huts fell into a state of disrepair or are now just ruins but others are still in use today being maintained by active groups of volunteers who painstakingly rebuild, often with older tools, to maintain the authenticity of the structures.

These days the huts are typically being constructed for one of two reasons. The first is as emergency shelters and located in areas with heavy recreational use in climates that can be so severe during the year they become crucial for survival. The other reason is for tourism with huts built by state and territory governments or private companies as part of new trail systems or for upmarket glamping.

The materials used to construct these huts varies greatly with no two huts being exactly the same. Older examples typically consist of wood, stone and tin in any number of combinations. Newer huts often tend to be made of high tech materials, architecturally designed and on occasion putting the average home to shame. Even with the modern cookie-cutter approach to construction they still retain a level of uniquieness.

The inside of these huts also varies with the most basic being home to the occasional possum and retaining natural dirt flooring while the newer glamping style huts come fully decorated complete with comfy mattresses, hot showers and full kitchens to cater for those who want the outdoor experience without roughing it. Over the years I have pretty much seen just about every combination of construction style and level of luxury with these huts and never tire of them. 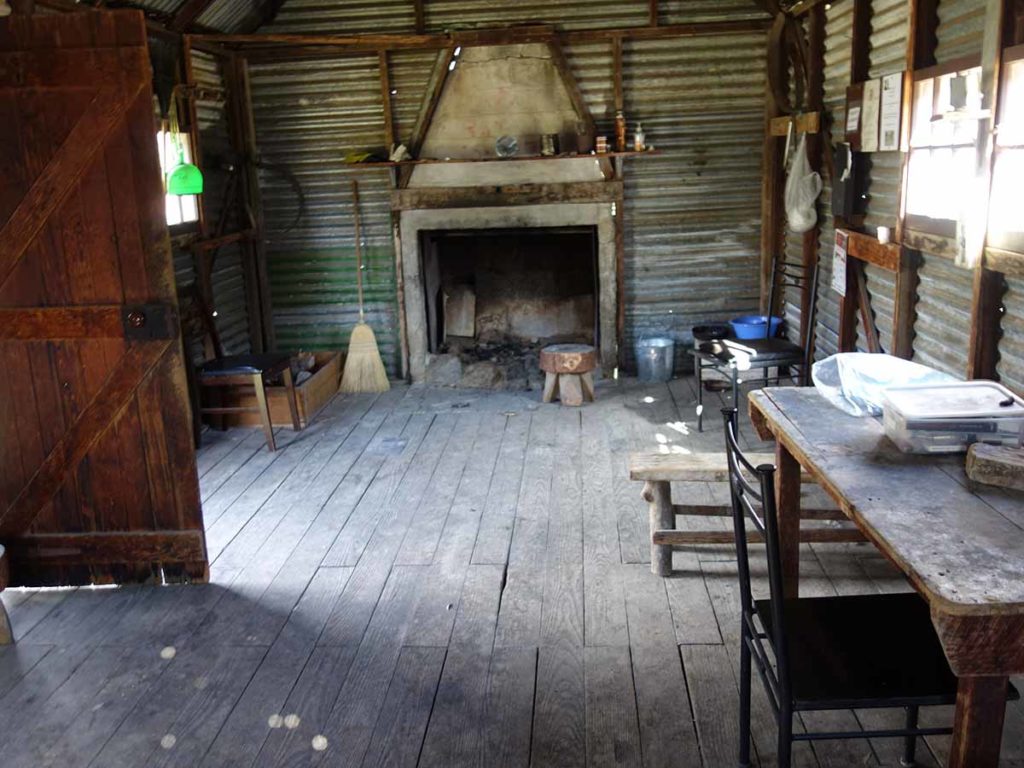 Many overseas countries have an active hut culture with huts coming complete with hut wardens, meals, alcohol and snacks for sale for much of the year. This hut system allows people to travel from hut to hut without any camping gear at all, or to stay right where the action is and walk out the door to take part in your activity of choice; not so in Australia.

As a generalisation many Australian huts are often solitary objects sitting within the landscape, remote from civilisation and with the exception of the avid outdoor enthusiast, seeing only a relatively small number of visitors each year. Having said that some huts will have thousands of visitors a year but these tend to be in the minority.

There is a large range of hut types spread through the country and while there is a \ concentration in the Australian alps every state and territory has them at least to some degree.

Many of the older huts in Australia have been preserved and restored as historic landmarks. These huts are typically the older ones that started life as rural infrastructure or homesteads. These old historic huts showcase our history and provide an insight into who we used to be. They are maintained regularly by volunteer associations running an active maintenance schedule to keep them in good condition. As a generalisation these huts are only for short day use and emergencies only. Kitchen Hut at Cradle Mountain. You can tell the snow gets deep here by the second story door complete with shovel. This hut is for day resting and emergency use only

Huts tend to be fully enclosed buildings designed to protect you from severe weather conditions in most cases or are just old farm houses that have been repurposed.

These huts tend to be located on designated trail systems such as the Overland Track and provide a warm weatherproof structure that will not only suit hikers during the warmer months but the occasional hardy souls who travel this track over winter. There is no direct cost for staying here but the track itself often attracts a fee.

Most trails in warmer climates have trail shelters rather than huts with the difference being that the shelters often have only two or three sides to protect you from the worst of the weather conditions but not all. 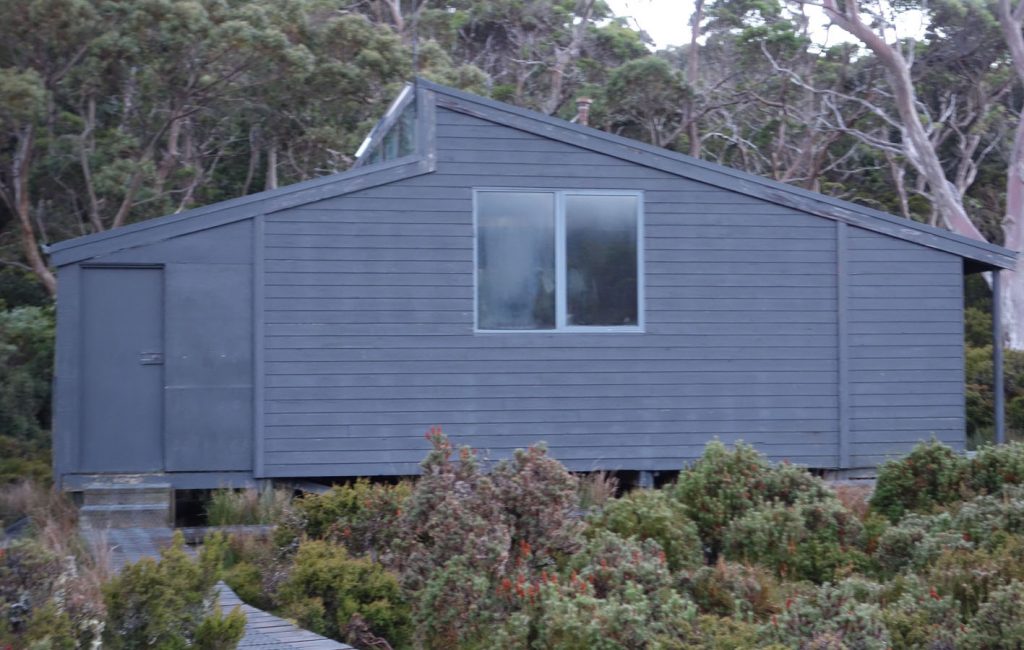 Huts to pay and stay

Occasionally you come across huts/old farmsteads that are actually on Airbnb like Nil Desperandum located in the Tidbinbilla Nature Reserve on the outskirts of Canberra, Australian Capital Territory. This hut can be booked by an individual or group for a one off cost and is the only opportunity to stay in this reserve. Huts like this are a rarity

One example of this is the Overland Track with commercial operators providing tours where you stay in luxury instead of staying on the tent platforms or staying inside the public use huts at night time. These huts are typically just off the main trail and usually hidden within the landscape. They offer customers who are willing to pay for luxury the opportunity to have a hot shower, twin share accomodation, a nice bottle of wine and meals that typically don’t include the usual freeze dried fare.

With the exception of huts which are designated for sleeping as part of the trail system, the majority of older historic huts, and even those not so old huts, are for emergency use only. The national park websites in most cases very clearly state this. In fact the parks organisations will often request that you don’t camp within about 200 metres of a hut. What you deem to be an emergency is going to vary but you shouldn’t plan to sleep inside a cabin when the parks services specify you don’t. Having said that every time I have been camping near a hut it is not unusual to have someone sleeping inside. I’ll own up here and admit to doing it once but I don’t make a habit of it.

In addition there have been occasions where I have camped hard up against a hut and on each occasion I had a very deliberate reason. The first time was when a large lightning storm came through and I didn’t want to be the tallest thing around and play lighting rod in my tent. The second was when the only other option was to damage the local vegetation when setting up my tent. If you are sleeping in a hut or shelter that is a designated sleeping space then consider the following: This image shows part of the hut information pack that usually can be found inside huts. The vast majority of huts are for emergency use only, not for a planned night sleeping Demandering Hut ruins in Namadgi National Park. This hut was destroyed in the 2019-20 bushfires that impacted much of eastern Australia

While we may never have the same relationship that many other countries around the world do with huts, they are an integral part of the infrastructure. From an Australian perspective huts are a common companion on many of our more popular hikes. They provide a reminder of our past, they offer shelter in emergencies, and they provide landmarks that help with navigation.

Love them or hate them they are here to stay and perform a vital role for many outdoor enthusiasts. Next time you pass one, by drop in and have a look and try to find out their history. Who knows you may find yourself falling in love with them in a way that you have never considered.

Demandering Hut ruins in Namadgi National Park. This hut was destroyed in the 2019-20 bushfires that impacted much of eastern Australia. I number of huts were lost during this fire season 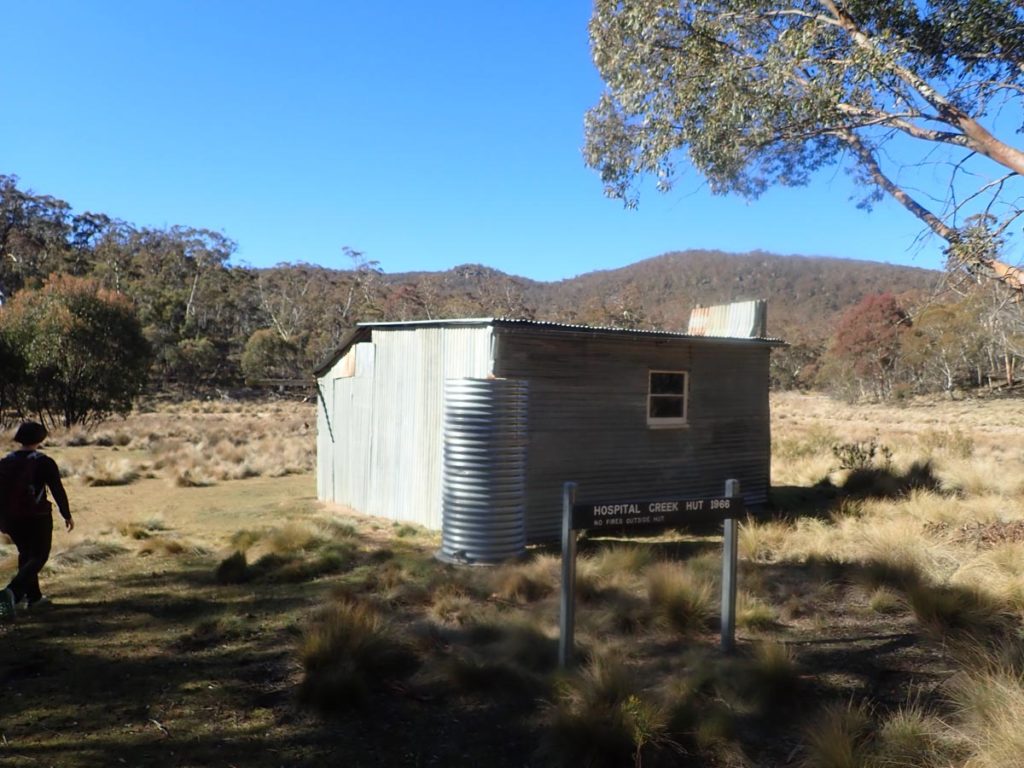 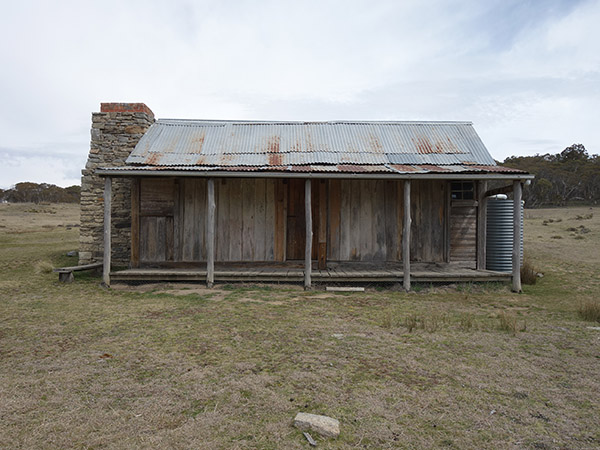 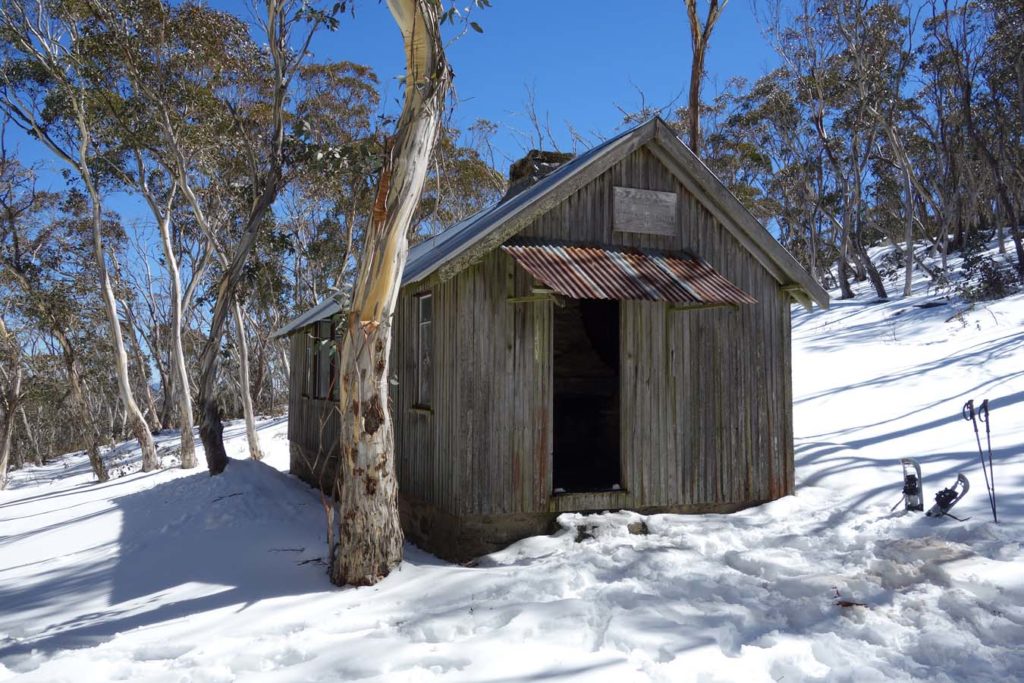 Seamans Hut, Kosciuszko National Park, New South Wales. This hut is for use for day walkers and for emergencies only and was built as a direct result of two deaths that occurred in 1929 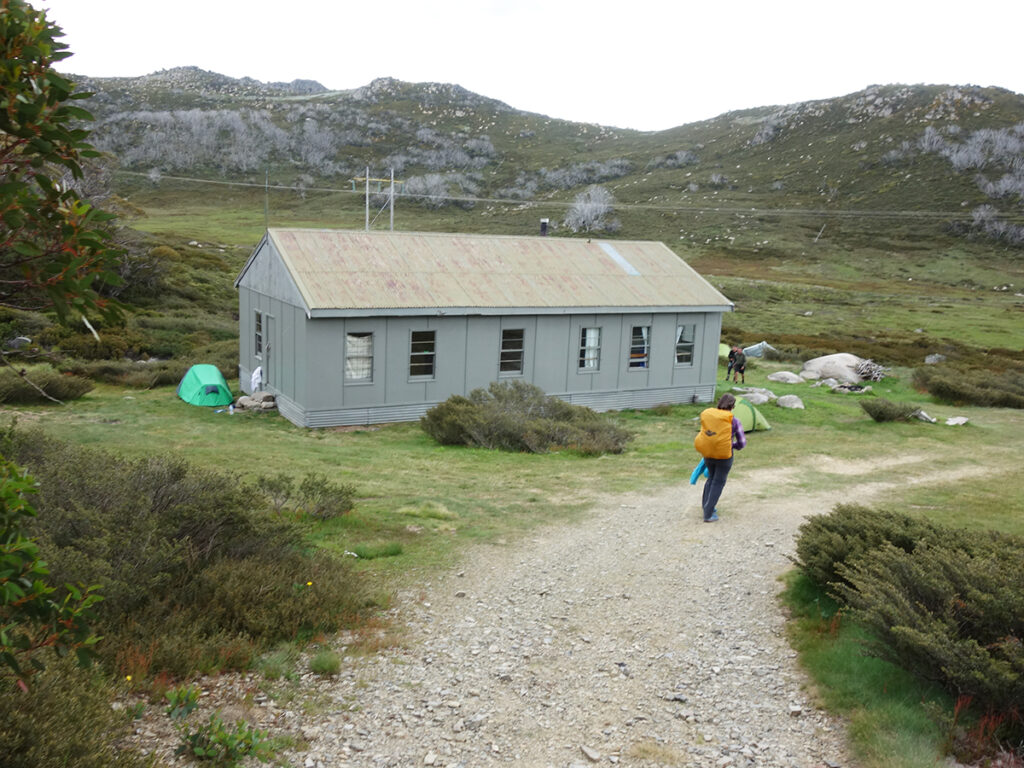 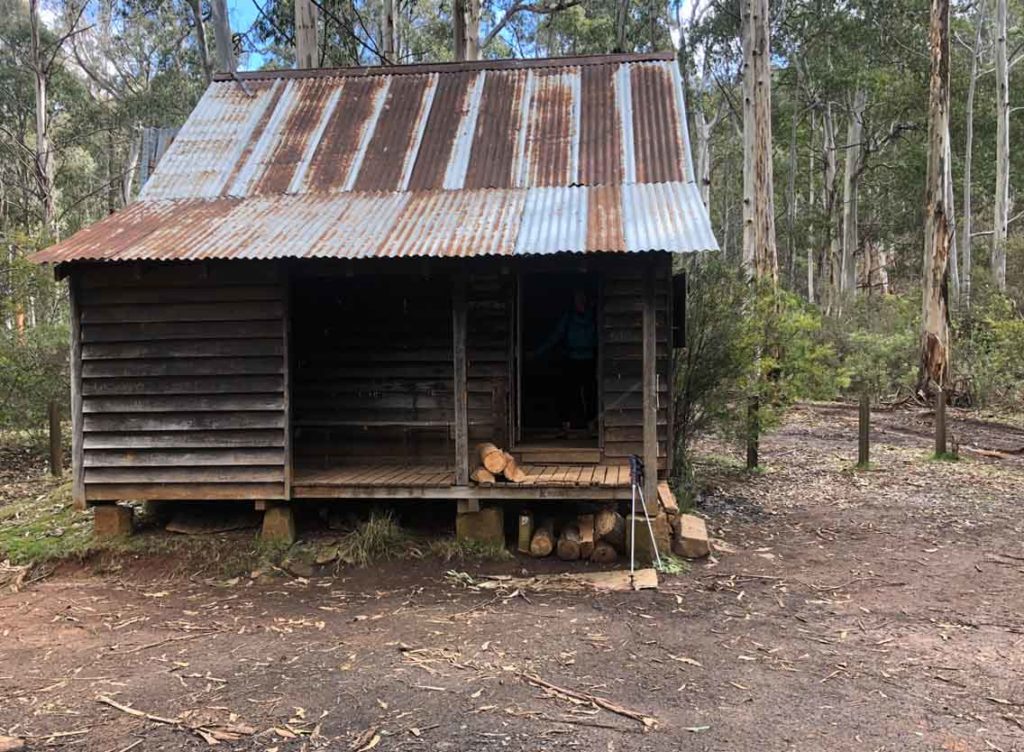 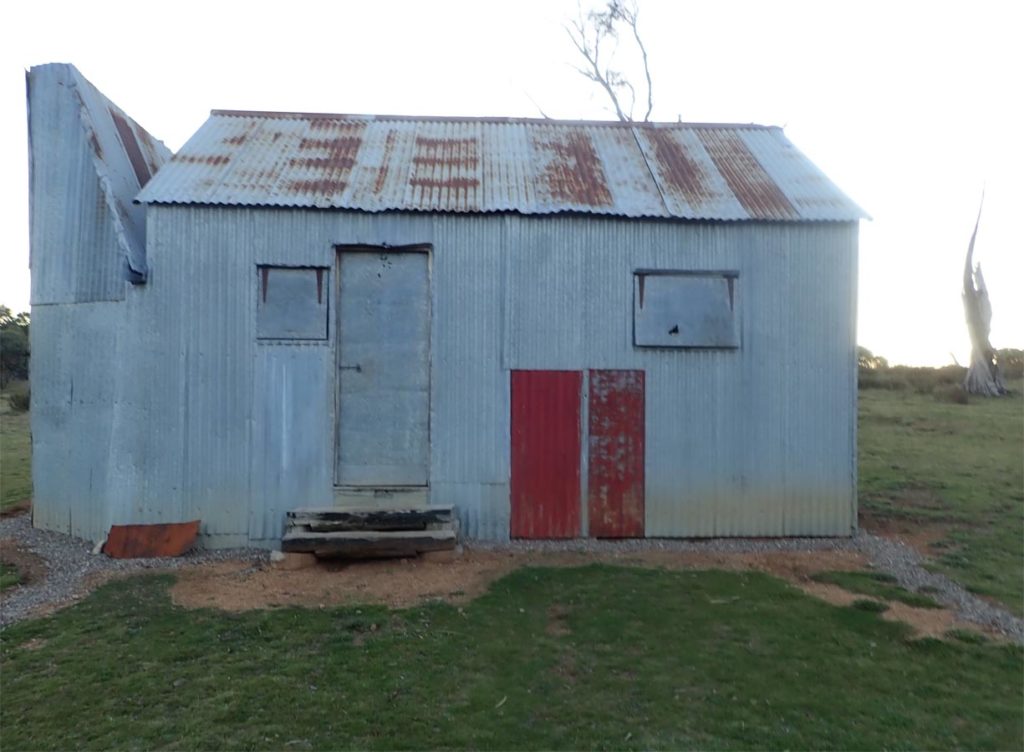 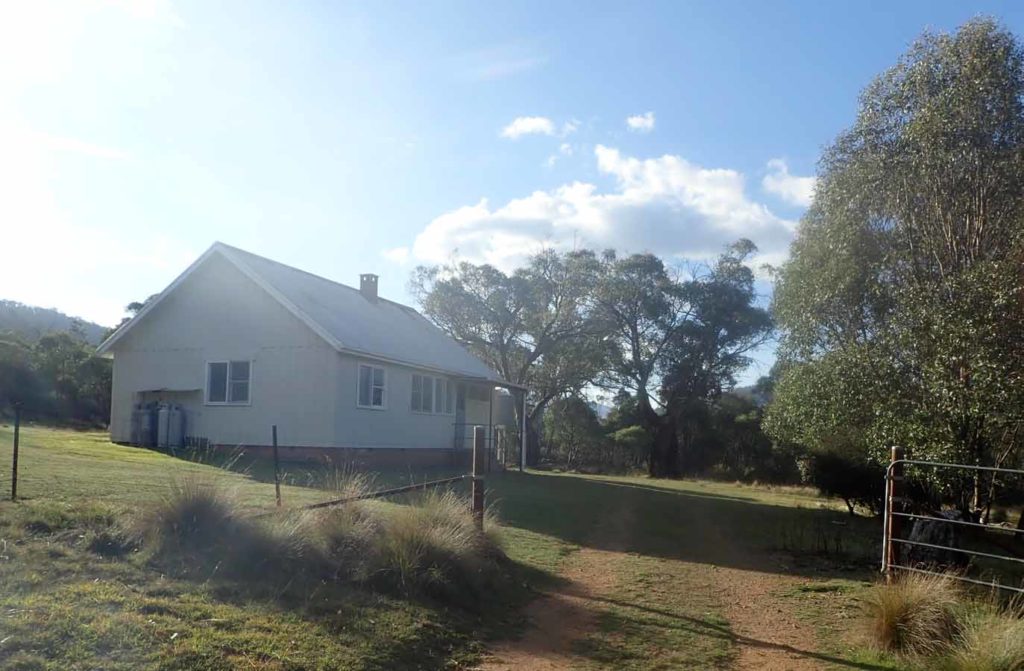 Huts and hiking in Australia