This one needs no review – it has attained almost cult status.  The debates about whether the book or the movie is best continue!  Wild is the film adaption of Cheryl Strayed’s memoir and second book Wild: From Lost to Found on the Pacific Crest Trail which was published in March 2012.  The film version starring Reese Witherspoon was released in December 2014.

Wild is the story of when Strayed (Witherspoon) lost hope and direction following the death of her mother (Laura Dern) and the end of her marriage.  For some time Strayed engaged in self-destructive behaviour including drugs and one night stands (reasons for the MA 15+ rating) but one day makes a conscious decision to do something to find herself.  Despite having no hiking experience, she decides to hike the Pacific Crest Trail from the Mexico border to Canada – that is over 4,265 Km!

The short version is that Strayed ultimately finds her way but not without challenges and some very funny hiking moments including when Witherspoon struggles to lift her giant pack and when she throws down a boot in anger only to watch it topple over a cliff edge.

There are other characters in the movie but Witherspoon dominates (for obvious reasons).  Strayed’s mother (well portrayed by Dern) is without doubt a guiding influence for Strayed and its understandable (possibly) what happens after she passes.

There is some interesting subtext in this movie about whether a woman hiking solo is more vulnerable than a man hiking solo.  This reference is ever present however there are enough displays of positive humanity that this question doesn’t dominate.  The film did however, spark debate about whether the film was a deliberate feminist statement or just conveying that humans want to live more ‘real’ lives.

Irrespective, the film was well received with Witherspoon and Dern both being nominated for Oscars – Witherspoon I agree with but Dern??

And now the amazing Pacific Crest Trail – stunning, stunning, stunning.  I did a bit of Googling for this review and learned that since 2013, the total number of permits issued to hikers on the Pacific Crest Trail have risen from 1879 to 7313 in 2018.  That is quite a significant increase and one that is attributed to the impact of the film (the Wild Effect).  Some consider this level of visibility is placing environmental strain on the trail.

The film was directed by Canadian Jean-Marc Vallee (Demolition and the TV mini series Big Little Lies) and the screenplay was by Nick Hornby.

Wild has even driven copycat scenes in films and TV series – I recently watched the TV series Gilmore Girls: A Year in the Life to find that Lorelai who wasn’t coping with the loss of her father (and many other things) travelled to the Pacific Crest Trail intending to spend three weeks on the trail.  She finds she is one of many women of all ages, also on a self discovery journey!  There is also a very funny scene where the ranger is briefing the new starters explaining that there is poor visibility because of the weather conditions and as such, shoe throwing opportunities were not so good.  This was a clear reference to the film Wild.

This is a great film and if you haven’t already seen it, you must. If you have, its time to watch it again! 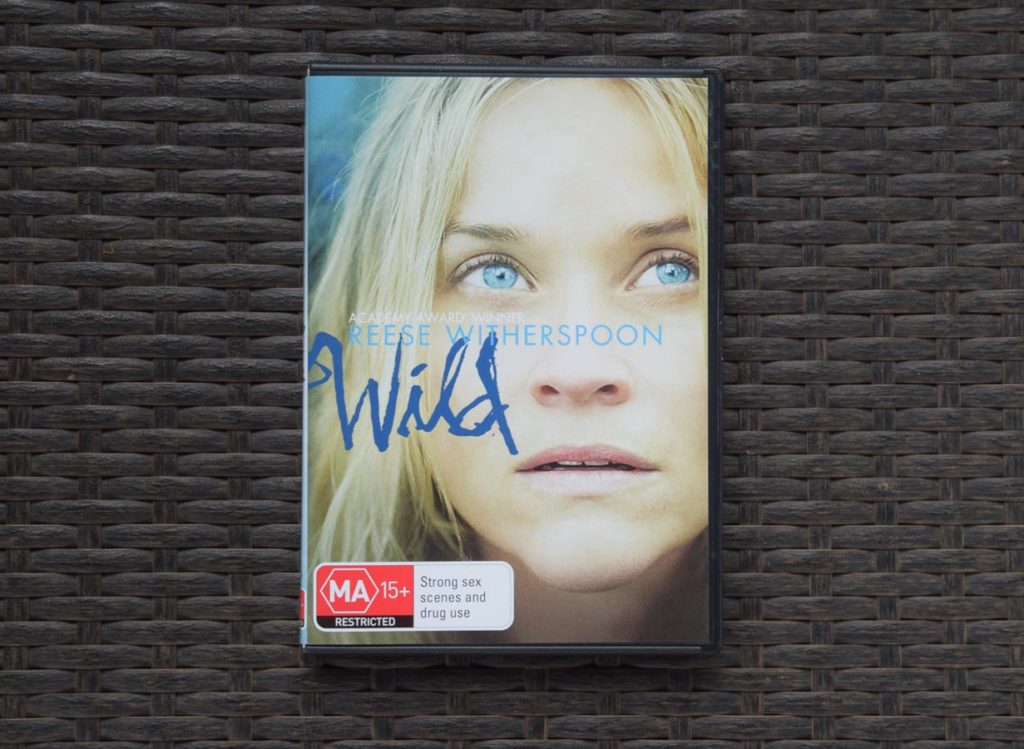