This is another great ‘outdoorsy’ movie released in recent years and supported by a fantastic cast. It is the story of Ben Cash (Viggo Mortensen) and his six children living off the grid in the forests of America’s Pacific Northwest.

The children have been raised by Ben and his wife Leslie to be physically fit and healthy, and independent thinkers who are accomplished in science, literature, music and art.

The landscape scenes of Washington State are fantastic and provide the backdrop to the daily physical training activities that the family undertakes.  There is a rock climbing scene that is spectacular but nothing short of gruelling for the growing family.

The main driver for being off the grid is Leslie’s health – the film commences with Leslie away in care.  They later learn of her death and the family set out in their converted bus to attend the funeral.  This is the beginning of much change for them.

There are many entertaining scenes in this movie, but it is also packed with social commentary. At one point the family stop at a diner to get some food and the kids become incredibly concerned about what is wrong with the other people in the diner…they are all overweight!

The tensions between Ben and his oldest son Bodevan (George MacKay) are a strong theme in the film – Bodevan is very smart but in no way worldly so his first encounter with a teenage girl at a trailer park is a combination of funny and cringe worthy.

Mortenson (Lord of the Rings and The Hateful Eight) carries this movie not least of which because he is in almost every scene, but it has the kind of irreverence and lack of conformity to social norms that resonate with Mortenson.  Despite MacKay’s young age (born in 1992 and already having a string of acting credits), he gives a great performance as do his five film siblings.

The film, released in mid-2016, was written and directed by Matt Ross who also acts and directs a lot of TV series.  The film was nominated for an Oscar and was awarded numerous honours at international film festivals.

This is a very quirky, endearing, entertaining and funny film that you will want to see several times. I have! 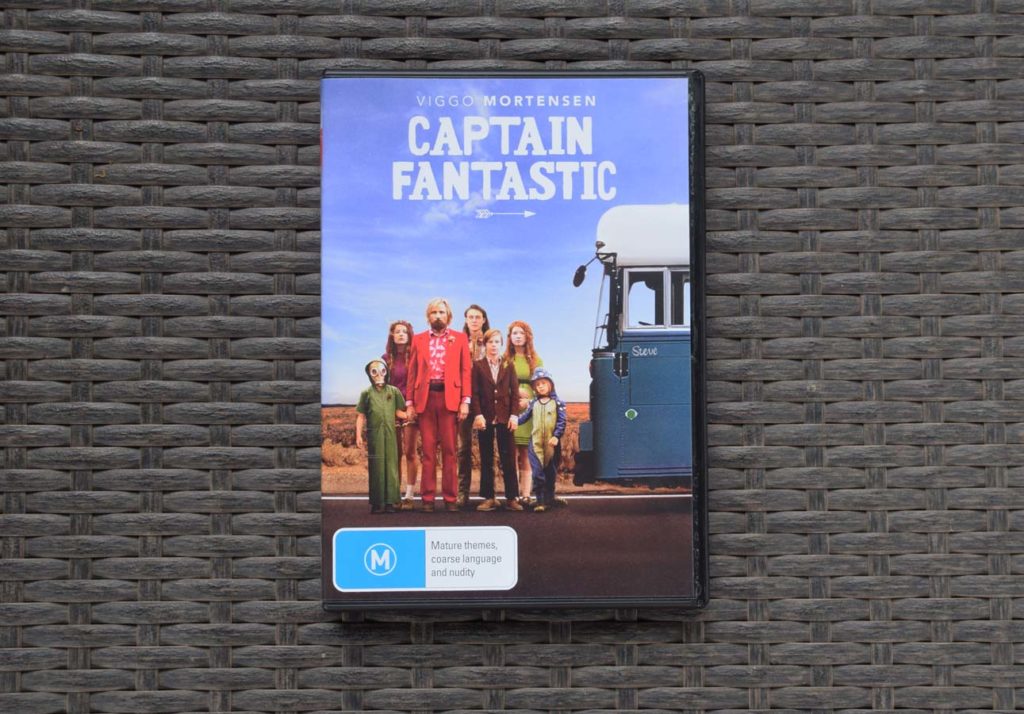