The name of this movie suggested to me that it would be about experiencing the natural environment without leaving an impact – that is, leaving no trace you were there.  In fact, Leave No Trace is really about hiding from the stresses of the world.  That’s kinda the same and kinda different.

Leave No Trace centres on Will (Ben Foster) and his teenage daughter Tom (Thomasin Harcourt McKenzie) who illegally live off the land in the government forests and parks in Portland, Oregon.  It’s not clear how long they have been living this way but their daily routine suggests it has been a while.

One day Tom is spotted in the forest and then their life changes dramatically as they try to come to terms with the US social services system.  They attempt to ‘assimilate’ but soon journey back to the wild.  The ending has an unexpected twist that will leave you as confused as the beginning!

Along the way you discover that Will is a military veteran suffering from PTSD.  Despite the isolation, Tom has been well-schooled by Will which is very evident towards the end of the film when Tom tells Will that the problems he has are not the same for her.

McKenzie is a young New Zealand actor who puts in a strong performance so expect to see her in other films in the future.  Foster’s portrayal of Will is non-communicative and brooding – possibly understandable given the trauma of his character.  Leave No Trace is very ‘in the moment’ except for a couple of references to Tom’s mother but there is no information about how they ended up living this way.  All you have is what you see and hear which can be frustrating because you’re left wanting to know more.  And some would say that is a sign of a good director.

The film was released in 2018 and is directed by Debra Granik who also adapted the script with Anne Rosellini.  The script is based on the Peter Rock novel My Abandonment.  Leave No Trace is a very good movie and to prove it was well received at the Sundance and Cannes film festivals.

This film is without a doubt in the drama genre so make sure you’re in the mood for something deep before you click play.  The critics say it examines themes such as self-reliance versus community however for me it is very much about choosing one type of resilience over another (for example, harsh isolation versus integration and resolution).  I make no judgements about which way is best – that is up to you.

I have watched this movie a couple of times now so I must like it – I just wish it had a different ending! 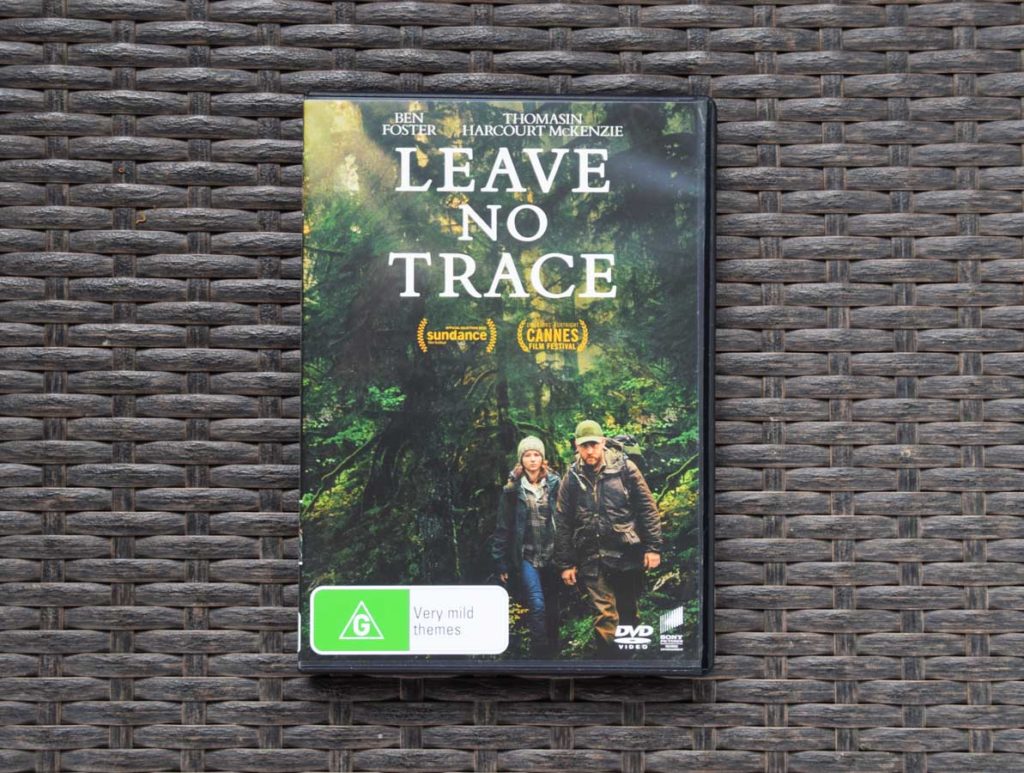