I owned five other stoves of various types when I purchased my Jetboil Zip (you can never have to much hiking gear) and I still use most of the others for one reason or another. When I hike I only ever boil water, preferring not to cook when I’m out on the trail so before I started my five weeks on the Bibbulmun Track I decided that the stoves that I already owned didn’t quite suit my needs. What I really wanted was a stove that had the following features:

I already owned a JetBoil Minimo and this is still our stove of choice when we go out as a couple but size wise is was overkill for just me and for this reason I decided to opt for the smallest of the Jetboil range, the Zip.

The Zip, like the rest of the Jetboil range is an integrated stove system consisting of a pot, stove-regulator, stabaliser stand, and cup and unlike its larger siblings the pot size is designed to boil 800ml rather than 1litre. Unlike the Jetboil Minimo this is a narrow upright pot which does mean that if you are going to cook in this pot you need a long handled spoon.

I found that using this, the smallest of the Jetboil range, was no different to the large versions with the main exception being that this stove didn’t have an electronic ignition with like the larger Jetboil Flash and Jetboil Minimo. This lack of electronic starter means that there are less moving parts to go wrong and as a result you will either need to use matches or a cigarette lighter to ignite the flame. I opted for a Bic Cigarette lighter rather than matches as I find that they tend to have less of an issue when its windy. It took me a couple of uses to get the hang of positioning the lighter in just the right spot but otherwise this is a simple easy to use stove.

If you look at the images of the gas cylinders below the diagram on the side of the canister does state that a single 100gram canister will get 24 ‘boils’. As I only use this stove to boil water for two hot drinks a day as well as to rehydrate a freeze dried meal I can usually get at least 12 days of use out of a 100 gram cylinder and  have never run a cylinder dry. This amount of burn time is based on warm weather so if you are at high altitude or hiking in cold weather you are likely to get less burn time

Another issue that Jetboil stoves have is that they can be effected by strong winds so out of habit we will always set up our cooking area in a sheltered position just to be on the safe side. The MSR brand integrated stoves are well known for there ability to cope with wind but that is reflected in the price.

The Jetboil Zip has now been my go to stove for solo hikes for over 3 years now. While there are lighter liquid fuel alternatives around the fact that many parks and reserves around Australia ban liquid fuel stoves when the fire danger is high these little canister stoves are an easy to use efficient option and well worth considering.

You can purchase the Jetboil Zip Stove System from Macpac, Snowys  or from Wildfire Sports

If you have used the Jetboil Zip Stove System or if you have questions, we’d like to hear from you. Post your comment or question below

Jetboil produces a range of stoves to meet the needs of a variety of hikers. These include: Jetboil Minimo (left) vs Jetboil Zip (right). The Minimo is shorter but wider. The Zip is taller but narrower Jetboil Zip packed with lid off 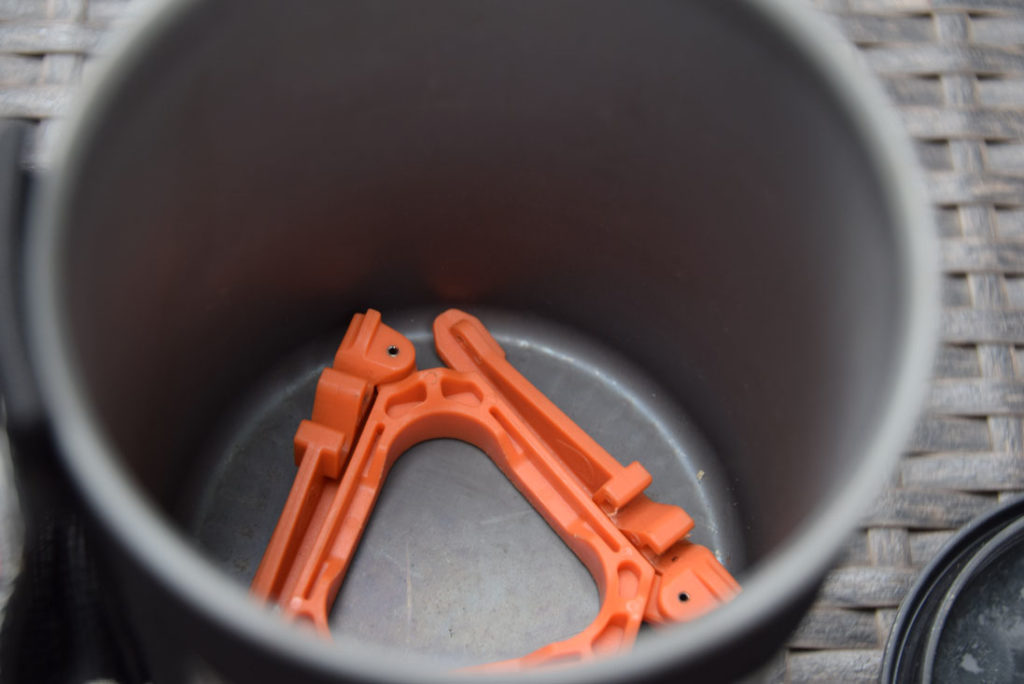 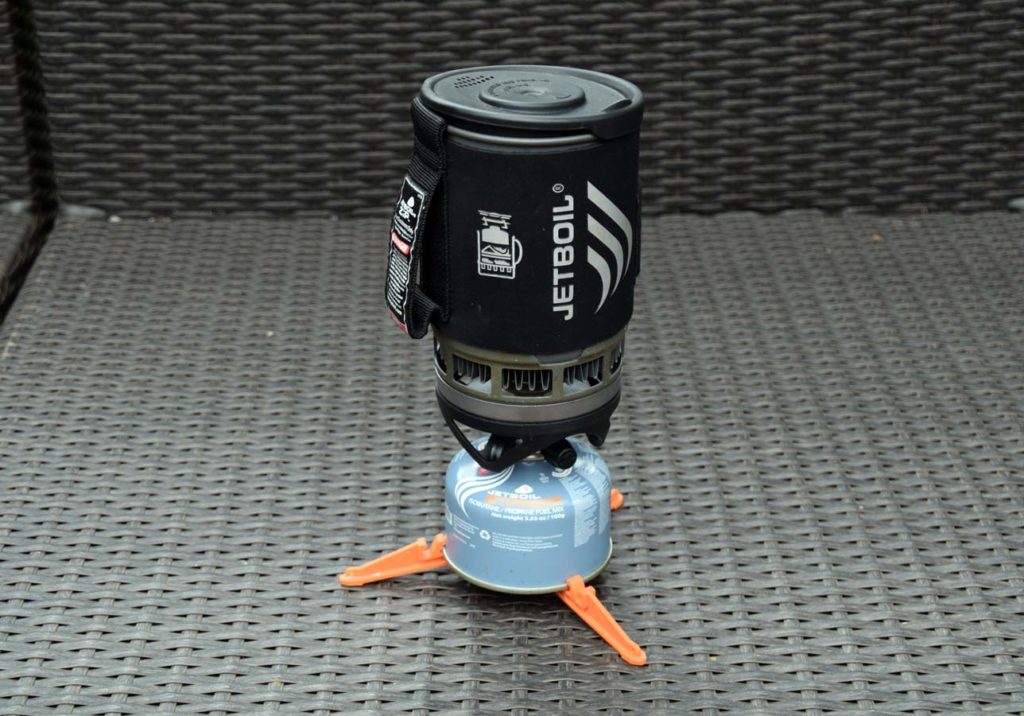 Jetboil Zip cup. I will often use this cup rather than bring a seperate one

Jetboil 100g cylinder. If you look closely there little chart to the left of centre in the image that tells you how many ‘boils’ you get depending on how full your cylinder is. I will quite comfortably get 12 days out of a full single 100g cylinder when I solo hike (24 boils)