The History of Australian National Parks

If you live in Australia, or for that matter many other country in the world, then you will be familiar with with the concept of National Parks. In fact many of the walks that we do as hikers are to be found in National Parks. But what are they and how did they come about? In this article we provide a brief overview of the history of National Parks what they mean from an Australian perspective.

When did National Parks start?

Australia now has more than 500 National Parks covering more than a million hectares. That sounds a lot but that’s only around 3-4% of the country. 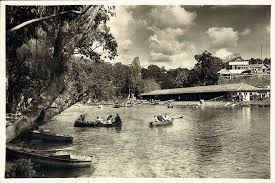 View across the river to the boat shed at Audley, Royal National Park (image from NSW Government State Archives & Records)

Why do we have National Parks?

The concept of parks was something that originally came from Europe’s royalty who had large tracks of land set aside for their own enjoyment and the entertainment of their peers. In the 1700’s the rise of the wealthy gentry increased and in a desire to live in idyllic locations as well as the opportunity to showcase their wealth, well known Landscape Architects such as Capability (Lancelot) Brown and Humphry Repton reshaped entire landscapes through the creation of private parks surrounding their patrons residences. In Brown’s case often adjusting the course of rivers to suit the desired design. While opportunities for the wealthy to access green spaces has always been available, this was not so for the poorer, inner city residents due to both availability of time and the distance required to access green space.

While the USA turned to their cemeteries as an initial means to access green space, Australia as a relatively new country with relatively small cities, had large tracks of natural bush land close to our cities allowing the public good access. Australia’s oldest National Park, Royal is just over 36 km from the GPO and to the north of the city Kuringai Chase National Park, declared in 1894 is even closer at 32 km. At the time of its declaration in 1879 Randwick and Marrickville were outer suburbs and Alexandria and Waterloo were just names on a map. Try declaring National Parks that close to a major city today and it wouldn’t happen.

The thing to consider at the time of Royal’s declaration is that the automobile didn’t exist and Sydney siders depended on rail transport. What may surprise many people is that National Parks weren’t originally about conservation but rather recreation, a factor that still confuses both the general public and Park managers today – they try to be a master of all trades and a jack of none. In fact Royal National National Park, which was included in the National Heritage List in 2006, identifies as one of the reasons for listing as:

The permanent reservation of a large natural area for the purposes of public recreation marked the start of the development of Australia’s National Park system of protected areas¹.

This access included a train with the route from Sydney to a train station located in Audley in 1886 which increased the opportunity to access this recreational park. As access to this green space increased so did the demand and more and more National Parks were declared across the country. The NSW parks website provides the easiest to find definition of a national park which is:

National parks are areas of land protected because of their unspoilt landscapes, outstanding or representative ecosystems, Australian native plants and animals, and places of natural or cultural significance. In addition to their role in conservation, national parks provide opportunities for public nature appreciation, well-being, enjoyment, and as valuable scientific research².

The Australian Capital Territory (ACT) is reasonably unique only having one National Park, Namadgi but on the scale of parks is large taking up around 46% of  the ACT. While it preserves natural areas, Namadgi’s main purpose is to protect Canberra’s water supply. In fact the proposed land area for the ACT initially considered taking in the entire catchment which would mean that the territory wouldn’t have to rely on the neighbouring state of NSW to house its water supply which is currently the case.

Namadgi National Park is still the proposed home for a new dam and while this may not occur for another 20 or more years, it will be something that needs to be considered. One thing you may not know is that National Parks are only considered such because the states designate them as such and that at some future point they potentially could also remove that status. Apart from national parks which are considered to be the ‘Cream of the Crop’ you will also come across other types of natural sancturies. These include:

The Future of National Parks

What this means for National Parks is that there can’t be just one model to manage these valuable resources. While there will be a system of park management that in large part will be used around the country, each park has its own unique challenges that need to be managed to meet the individual needs of that park.

To a large extent in the USA minimal funding is provided to National Parks to operate with the expectation that parks will help generate their own funding to some degree. In a time where available government funding is being reduced and pulled in different directions, the funding to Australian parks in on the decline.

Options for funding sources include an increase in park entry fees and while this will work with parks with high volumes of traffic, it doesn’t work for smaller more remote parks that get little visitation.

Funding from private conservation organisations is occurring now from organisations through Nature Conservancy which buys back land to protect lock it away for preservation.

Privatisation of walks and reserves either by individual companies or states is another option with private walks now in existence being fully funded, design and run by companies. State Governments are also not immune to this trend with walks such as the Three Capes Walk in Tasmania costing $495 per adult which limits the experience to those who can pay but the alternative option is to severely limit the numbers just to protect this fragile area. Tasmania is the leader in this field but other states are following suit.

One controversial extension of this is to privatise National Parks, or at the very least to sell naming rights. We do it with football stadiums so why not National Parks? This might be a highly unpalatable idea to most people but when push comes to shove, if we have to choose between putting our hands in our pockets and paying higher park entry fees or higher taxes, will we be first in line to volunteer to do so or would we rather see better education or better health? Our choice! I don’t necessarily agree with this option but that’s the way we are heading although it may be years off. 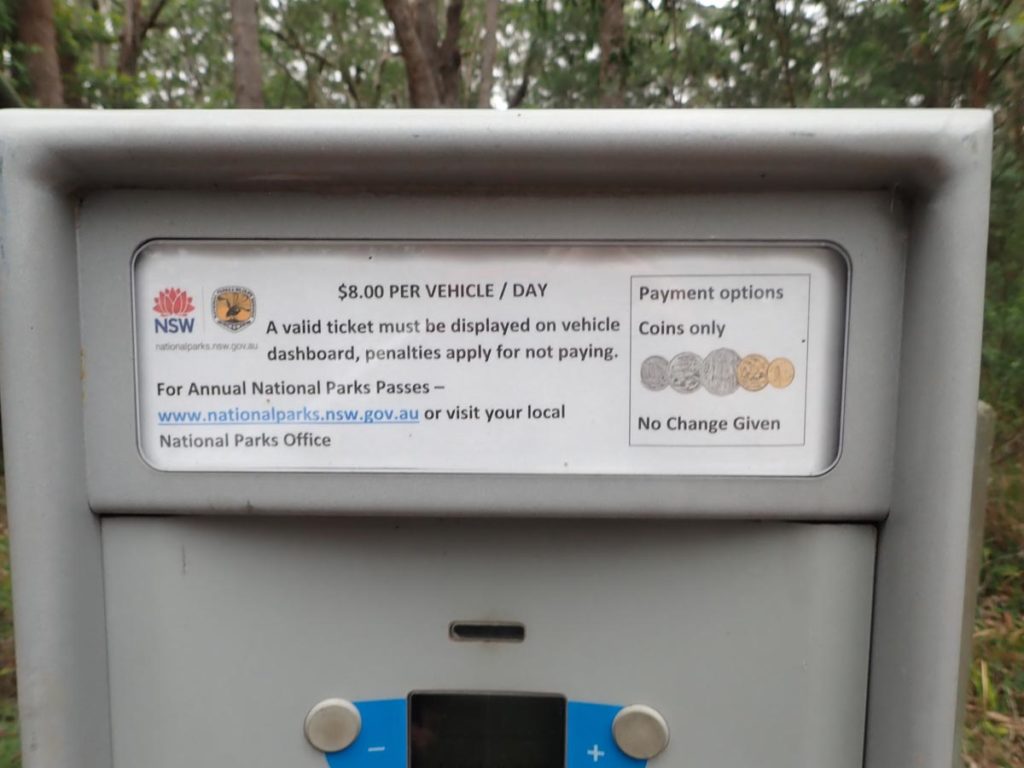 The following is a list of links that take you the the various state parks websites that’ll list the parks in each state. Some of these links also contain State Parks and Conservation Areas:

Do's and Don'ts of National Parks

As a general rule guidelines activities are reasonable constant thought Australia’s National Parks. Some 0f the more standardised rules include:

There will often be local area based rules you will need to check before using our parks and some of these include: 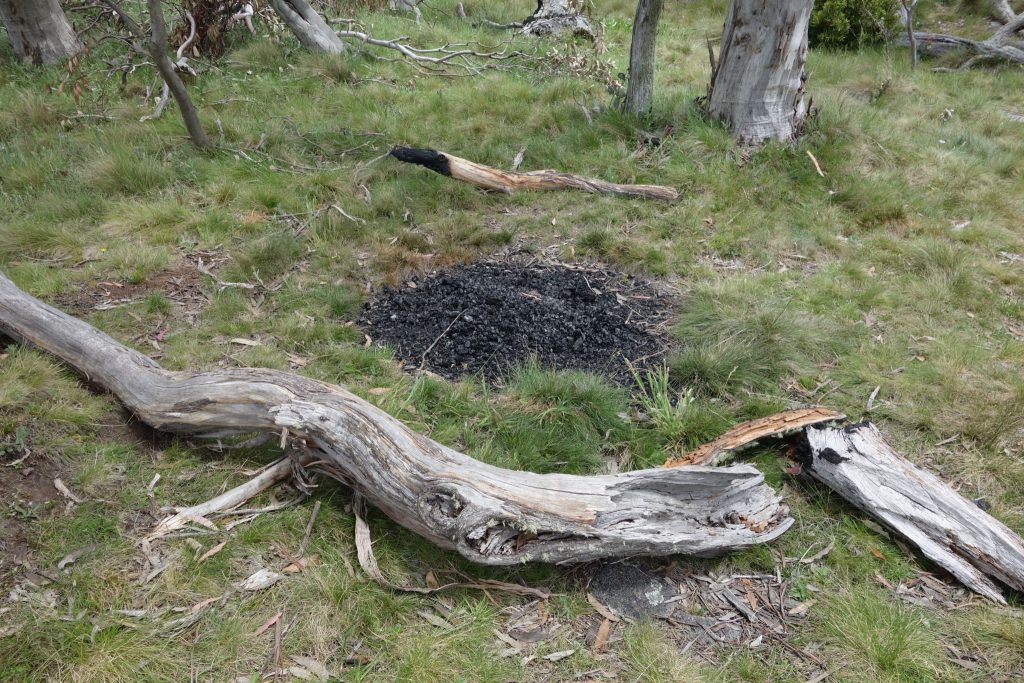 Illegal fire place at Murrays Gap in the Bimberi Wilderness

I doubt that many, if any of us will visit every National Park in Australia and may only visit our one or two of our local parks. However if we still want to be visiting our National Parks long into the future then there are two key principles that we need to keep in mind:

On top of that we can also encourage others to visit and engage in our spectacular National Parks which will show the Park managers, and their government owners we value them and want them to continue to be available to us.

The History of Australian National Parks