I’m the first to admit that store bought dried apples are the last on my list as far as dried fruit goes. I will eat them but there really has to be no other option. In fact I outright refuse to take store bought dehydrated apples on a hike. However when it comes to home dehydrated apples they are a different thing and I will quite happily eat these without much prompting.

I prefer to use small apples (kids apples) when making these as I prefer the final dried size. Apple type doesn’t really matter to much as long as they are in good condition and not too flowery when to use them. While many people will choose to skin the apples, my wife being one of them, I am happy to leave the skin on. This provides a few extra calories (about 4/100grams of dried apple) but my main reason for leaving them on provides a bit of extra texture and taste.

Once peeled use an apple corer and remove the centre of the apple including the seeds. Cutting the apples up is best done with a mandolin on a thicker setting of around 3mm. If you go too thin then the apples will dry onto the dehydrator and are almost impossible to remove without destroying them. You can certainly use a sharp knife but the constancy will vary and it will take a lot longer to prepare. Soak the apples in a bowl of lemon juice and then place on the dehydrator rack away from the motor unit to allow for any excess juice to drain.  If you have any leftover apples due to lack of space on the dehydrator place them and some lemon juice in the fridge covered in plastic to use after your first batch has dried.

Dust the tops of the apples with a light dusting of cinnamon and then assemble the dehydrator and start the drying process on a medium heat. I do recommend turning the apples after about four hours but unlike Banana Chips this is not critical. I have made this recipe both with and without turning and it works both ways. By turning the apples it does allow you to condense the racks a bit and if you didn’t have enough racks to start with you can then start a new rack. One small apple will fill a 34cm round drying rack.  If you don’t turn the apples then you can put them on just before you go to bed and they will be ready in the morning (after about 8 hours). Test the apples every few hours to get the text and dryness just the way you like it. I am happy to eat these crispy to slightly leathery.Once dried allow them to cool before placing in an air proof container/ziplock bag for later use.

This recipe is designed for a food dehydrator however if you don’t own one then you can use a fan forced oven at a very low temperature (55-60 degrees celsius. I just wouldn’t leave them overnight in an oven the way you can in a dehydrator.

A light dusting of Cinnamon 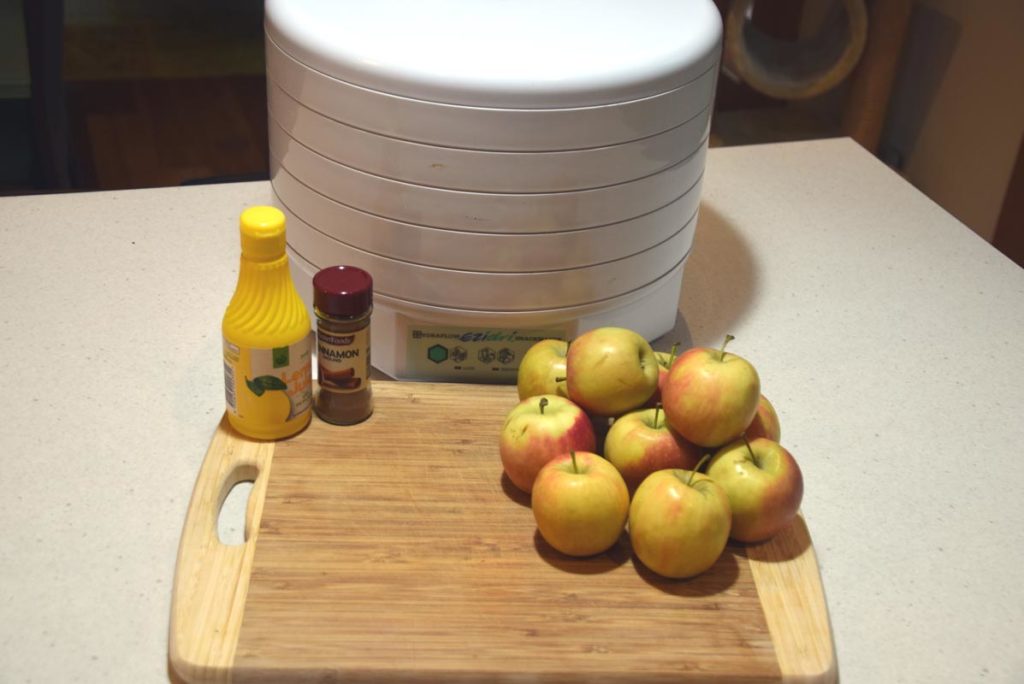 Slicing apple in a mandolin. Use a manoldin if you have one otherwise cut them finely with a knife Sliced in tray after being soaked in lemon juice Sprinkle Cinnamon lightly over the apple 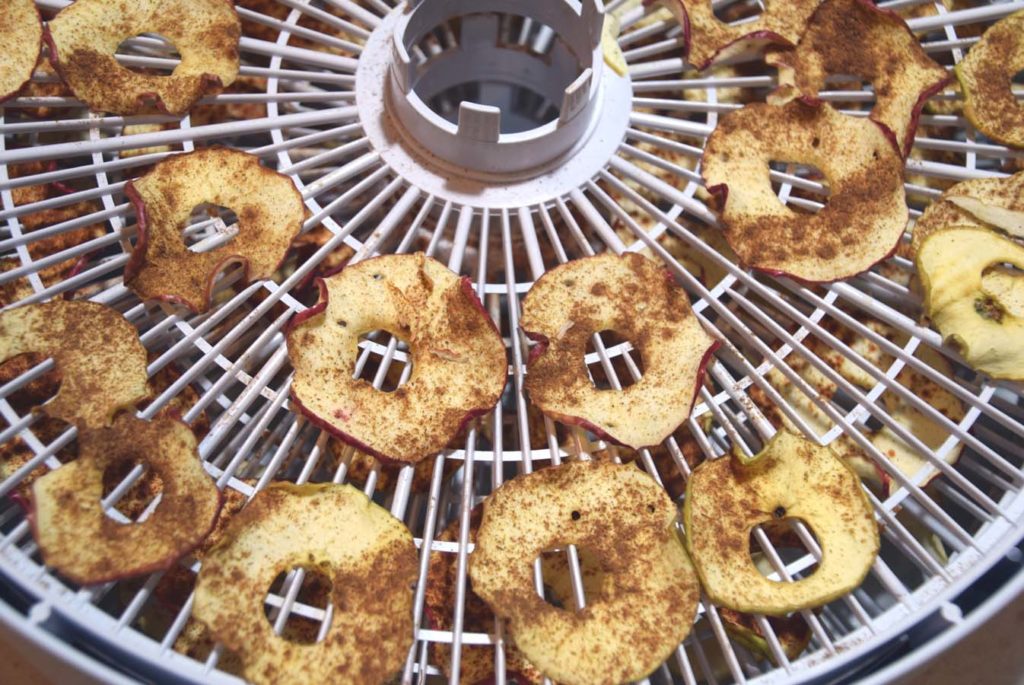 Turn the apples halfway through the drying cycle to prevent them from sticking to the rack . You may be able to condense them at this stage but it’s not critical 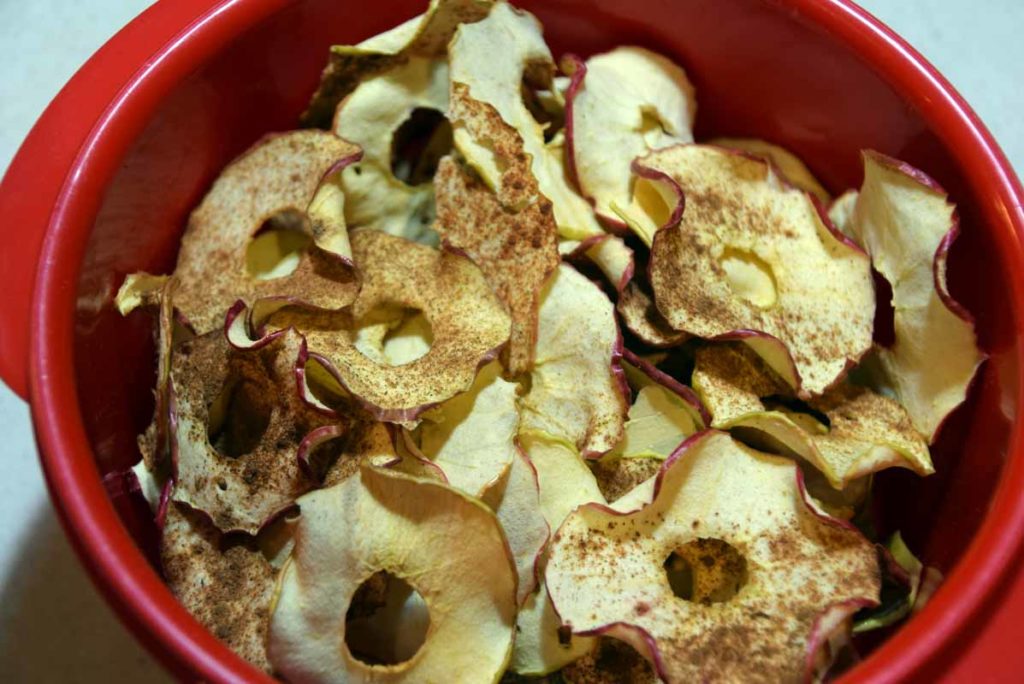