← previous day
Day 6 Cape Hauy – a bit of a surprise 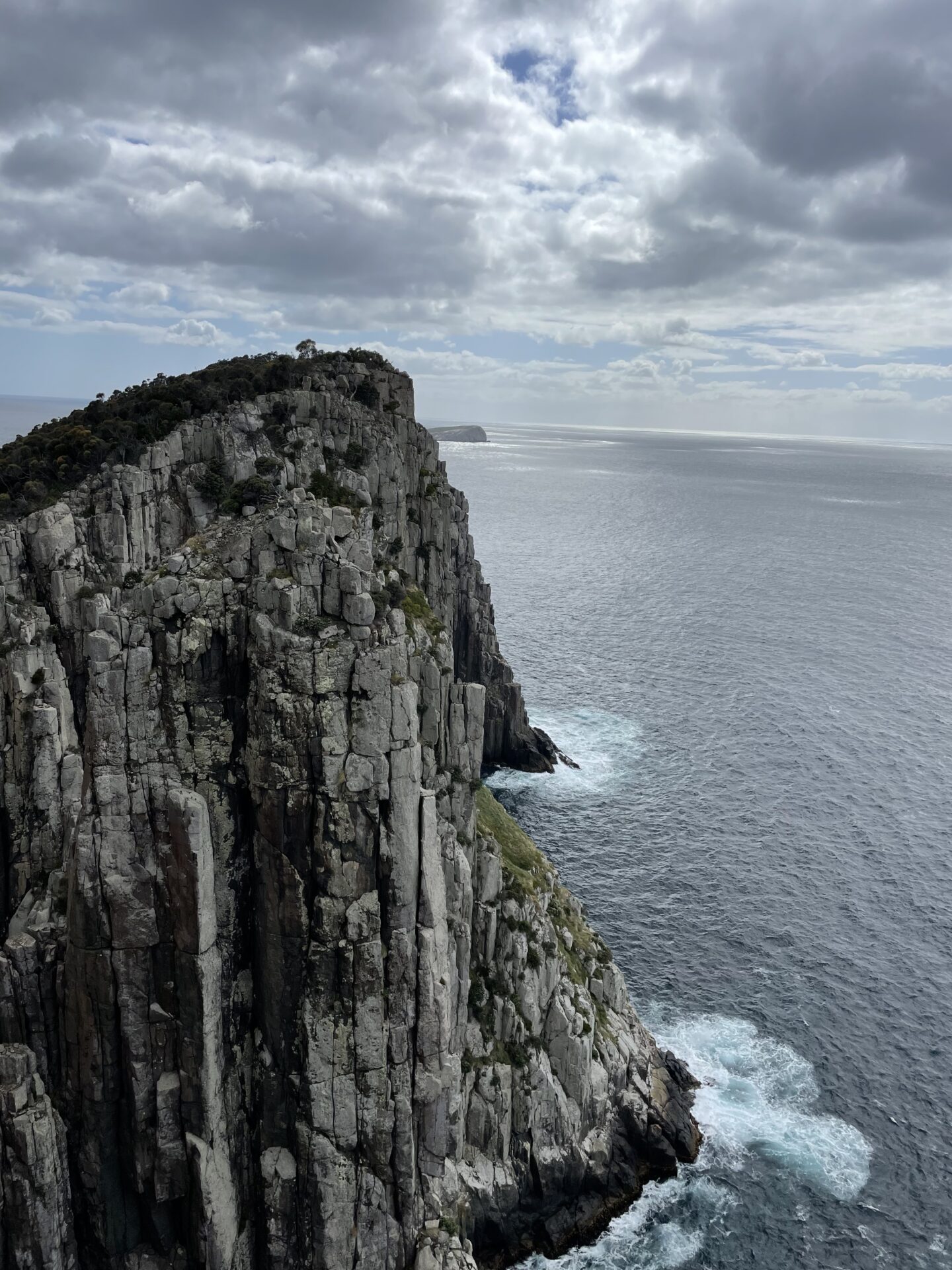 Finally the last day of the trip is here! For once it was Gill who was up early and after packing and eating breakfast we left the Retakunna Hut just after 6:00am. We had originally planned on leaving at 6:30am because we needed to be in Fortescue Bay for a 2:30pm bus and wanted to get there without having to rush. But when you’re up, you’re up! Another bonus of starting early is a cool start to the morning which is a good thing as you climb Mount Fortescue, the highest peak on this trail by a long way. Having said that the design of the trail including the stepping, is done in a way that feels easier than some of the shorter peaks we’ve encountered.

The vegetation on the ascent and part of the descent of the mountain is very different than other parts of this track, it’s more reminiscent of other parts of Tasmania being lush and almost tropical with all the ferns. This section of the trail from the summit downward is just spectacular. Then the vegetation changes again to be more coastal but different to what we saw earlier in the trip. The views as you walk very close to cliff edge are spectacular with many opportunities to view the ocean as well as back towards Cape Pillar. The artwork along the trail continues for much of the morning draw you in.

We expected to take 3.5 hours to reach the turn off to Cape Hauy but instead took just over 2.5 hours, much quicker than we expected. Just after the turnoff point is a secluded seating area to drop off the packs and just like the Overland Track, there are issues with birds wanting access packs left behind. As soon as we arrived a Kurrarong turned up eyeing off our packs. These birds are highly intelligent and are capable of taking advantage of any easy access into your pack. They can even open zips if they have enough incentive so we tend to put on the rain covers and hide the strapping and pockets underneath the packs.

The trip out and back to Cape Hauy is the real challenge not just of the day but the entire trip. When done as a day walk from Fortescue Bay there are around 4,500 steps. While you save a number of those starting from the Three Capes Track, the walk to the lookout platform took us only 1 hour 40 minutes and was a heart pumper. The views on the way out and particularly at the lookout were again spectacular and well worth it.

Once we picked up our packs we then had a 1 hour walk down to Fortescue Bay and that’s what it took us. Today we came across two echidnas – one on the steps on the way back up to the turnoff who was very happily digging after something tasty on the path. The other was just off the side of the boardwalk lower down. Both seemed very used to walkers as they just ignored everyone taking photos while they burrowed away.

As we approached Fortsescue Bay we passed the formal trailhead so we took time for a photo opportunity and then proceeded to the bay which was full of people taking advantage of the good weather and holidays season. We headed to the rangers office to confirm the bus pickup point before spending some time having lunch and just resting prior to the pickup. Some of the keener hikers went for a swim and while the water looked clear and inviting, this is Tasmania and it was cold! Overall this day was one of surprises as we just didn’t think it would be so spectacular.

Our bus back to Port Arthur is part of the trip and once we arrived we picked up our stored bag and had some afternoon tea before heading back to Hobart to end a great day and a great trip.

Finally the last day of the trip is here! For once it was Gill who was up early and after packing and eating breakfast we left the Retakunna Hut just after 6:00am. We had originally planned on leaving at 6:30am because we needed to be in Fortescue Bay for a 2:30pm bus and wanted to […]