Tracks is the story of Robyn Davidson’s journey across the Australian desert from Alice Springs in central Australia to the western Australian coast, a distance of 2700 km (1700 miles). While this type of grand adventure is more common these days, a single female undertaking such a journey in the mid 1970’s was groundbreaking particularly given the societal expectations of the times.

The movie starts off with Davidson arriving in Alice Springs spending just on two years working and preparing for her journey. This included training wild camels as her pack animals. This first part of the movie is a reminder of the harshness of outback Australia. At that time, the culture was very different and could only be described as culturally insensitive. A prime example was that camels weren’t allowed into the national park at Uluru because of scared sites but it was OK to set up your caravan camping site up against Ayers Rock (now known as Uluru).

The movie refers to ‘secret business’ a few times but doesn’t delve deeper which I didn’t mind – the movie is about Davidson’s journey and is not there to raise awareness of Indigenous culture.

I remember this trip being in the news at the time. A scene in the movie highlights this strong interest – Davidson is tracked down by a bunch of international journalists traveling in half a dozen four wheel drive vehicles all wanting an exclusive interview and a photo shoot … in the desert.

Davidson’s journey, while following some roads, also involved travel through the middle of unmarked deserts. At one point she loses her way while looking for a lost personal item – a compass of all things given to her by her father – and becomes separated from her camp and camels. She relies on the instincts of her dog, Diggity, to successfully guide her back to camp.

I hadn’t read the book (which pre-dates the movie) prior to watching this movie but you get the strong impression from the movie that Davidson, or her character played by Mia Wasikswska, isn’t really a people person or doesn’t suffer fools.

Davidson appeared to learn some very hard life lessons on this trip that would have challenged anyone. Her trip doesn’t seem to be about proving a point but rather an attempt to find herself.

The movie ends with the successful completion of her trip and it left me wanting to know more. What happened to the camels? What did she do next? So much so I purchased the book online as soon as the movie finished.

From a purely hiking perspective the antiquated equipment and radio she is using, shows how far we have come in the forty plus years since her trip.

I really enjoyed Tracks – its well worth a watch.

Please note that our affiliations do not influence, in any way, the independence of our reviews.  If we don’t like a product, you’ll hear about it from us! 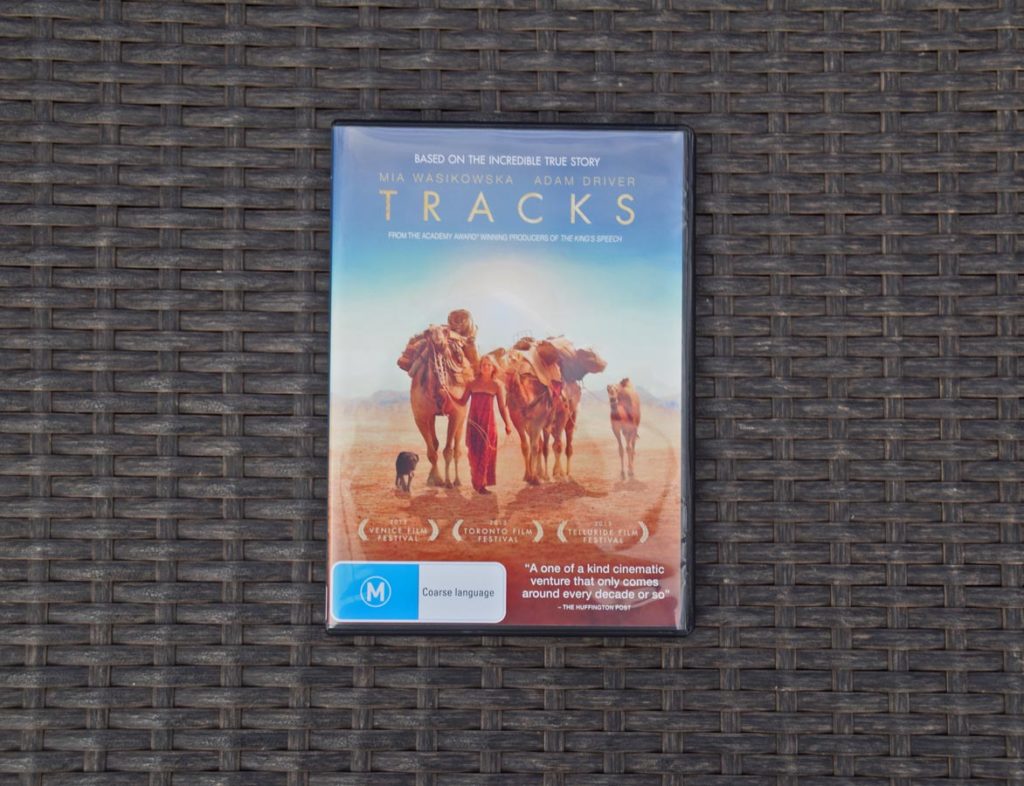