Both Gill and I dabbled in mountaineering about five years ago but barely put our toes on the glacier, soon deciding it wasn’t for us. Having said that K2, the world’s second highest mountain, has always held a fascination that Mount Everest never did. So while mountaineering was never going to be something I actively pursued, I still have a high degree of connection with it and in particular for K2.

Everest has become a bit of a tourist trap and in 2013 when Adrian Hayes made his first attempt on the summit of K2, approximately 4000 people had summited Everest (around 5000 in 2018). At the same time only 331 climbers have successfully summited K2 and it continues to be an almost unachievable goal even for experienced climbers. K2 has a number of other names including the ‘Mountaineers Mountain’, the ‘Savage Mountain’ or the ‘King of Mountains’, and while not as high as Everest, the technical difficulty and risks of this climb make it the most technically difficult mountain to climb and with it a high failure and death ratio – for every four climbers who reach the summit, one dies trying.

One Man’s Climb is the story of Adrian Hayes’s two summit attempts on K2. The first in 2013 was unsuccessful followed by his subsequent and successful attempt in 2014. Usually I’m not into biographical/autobiographical books preferring instead to ‘do’ rather than read about others doing, but I knew was going to enjoy this book even before I started.

The book is set out in discrete but connected chapters that first focuses on the decision to attempt the climb driven by challenges in his personal life before providing a historical overview of the mountain which was discovered in 1856 but not successfully summited until 1954. The book then proceeds to describe the logistical nightmares of planning and implementing an attempt on K2 which is so remote it still goes by the original survey name. From Adrian’s description, half the battle in attempting to climb K2 is in getting into the country and then getting to the base camp itself.

The first half of this book covers the unsuccessful 2013 attempt, briefly describing the two types of climbing options in a plain english manner that made a lot of sense and clearly sets out the risks and rewards of each one . This first section finishes with the decision to call it quits and discusses the deaths of another pair of climbers who were also attempting the climb at the same time, Marty Schmidt and his son Denali due to avalanche. The second half of the book brings it all home with the successful 2014 expedition.

This is a very personal account of how Adrian worked through a challenging time in his life by preparing himself mentally, physically and emotionally to summit K2. It’s a reminder that if you have  a sound ‘why’ as wells the drive to do something, you will succeed.

One Man’s Climb is a well written and enjoyable read – it draws in readers of all levels by not descending into technical jargon like many similar books. You may not be into mountaineering but if you enjoy a good read then consider One Man’s Climb.

For more insight into Adrian’s epic journey, listen to our interview with Adrian on Australian Hiker podcast episode 103.

You can purchase One Man’s Climb from The Book Depository, Amazon Australia, or Amazon USA

Disclosure: Some of the above links are affiliate links, meaning, at no additional cost to you, we may earn a commission if you click through and make a purchase. Please note that our affiliations do not influence, in any way, the independence of our reviews. If we don’t like a product, you’ll hear about it from us! 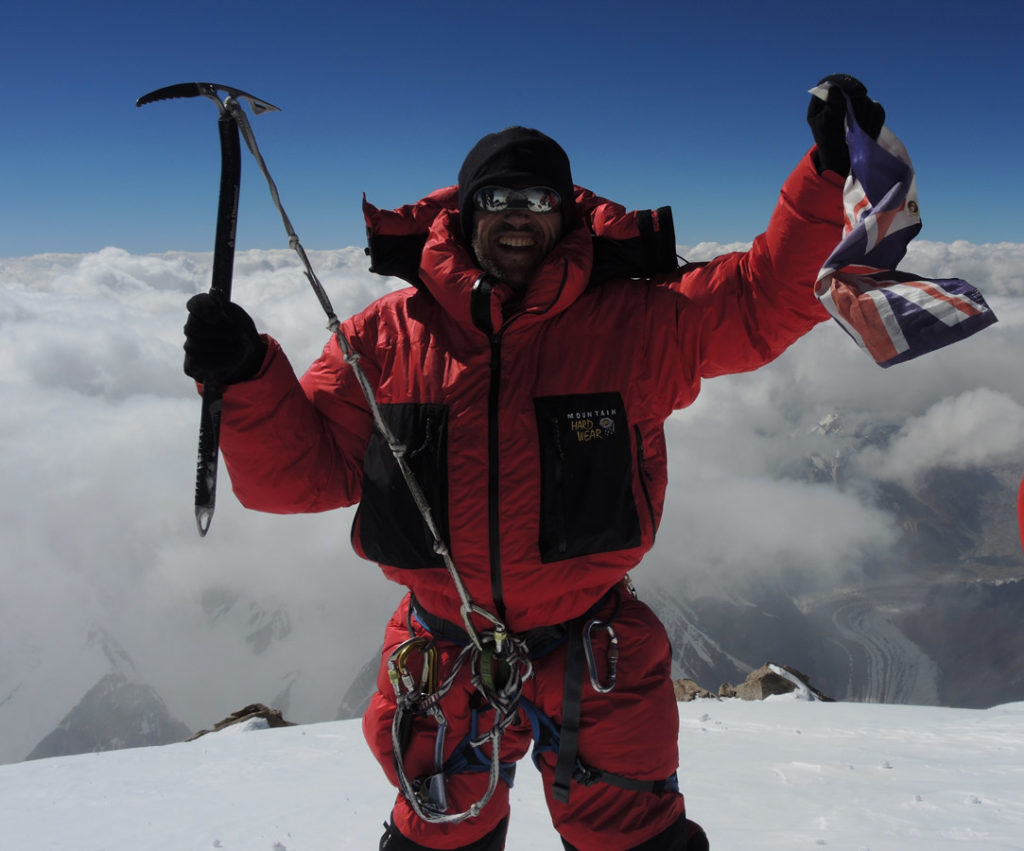 Adrian Hayes at the summit of K2

This review was done with product provided to Australian Hiker