This book is very different to the ones we normally review but just as enjoyable. Cold Coast is a novel by Tasmanian-based author Robyn Mundy set in Svalbard, a Norwegian archipelago in the Arctic Ocean.

The heroine is Invanna (Wanny) Waldstad, Svalbard’s first female trapper and hunter, who overwintered in Hornsund in 1932-33. Cold Coast tells the story of how Wanny gets into trapping to become the only woman in Anders Sæterdal’s small team of male trappers. In telling Wanny’s story, Mundy draws on archival material as well as Wanny’s personal accounts of her life.

It takes several chapters to learn that Wanny was widowed with two small boys and married for a second time. Each chapter reveals another aspect of her life, what she’s experienced and what she’s seeking. This approach is a tantalising aspect of the novel which encourages you to continue reading and piece Wanny’s story together.

I was immediately curious about why Wanny was seeking such a life during a time when women rarely sought out such extreme, and solitary, endeavours. And then I came across this haunting quote:

For me, I never understood that marriage could be so lonely. So…ordinary.

I can imagine some women of that time feeling that way. But not many would say so out loud and to a man, the trapper Anders, whom she had recently met. This provides another insight into Wanny’s strong and forthright nature.

The chapters are interspersed with vignettes mostly titled ‘Fox’ which provide vivid descriptions of a fox tending its young and doing the things necessary to survive in that harsh environment. The parallels to Wanny evolve as her life story and circumstances are revealed.

The author, Robyn Mundy, has written other novels set in isolated parts of Australia including Maatsuyker Island (off the coast of Tasmania) where she spent 10 months at the ‘loneliest’ lighthouse. Mundy was also a tour guide in Svalbard, Greenland, Antarctica and Scotland, and has wintered and summered in Antarctica.

This novel is a very engaging read. The language is so visual you can imagine yourself part of the scenery or listening to the conversation between the characters.

For me, Cold Coast is a story of searching, longing and following your own path. Its definitely worth reading! 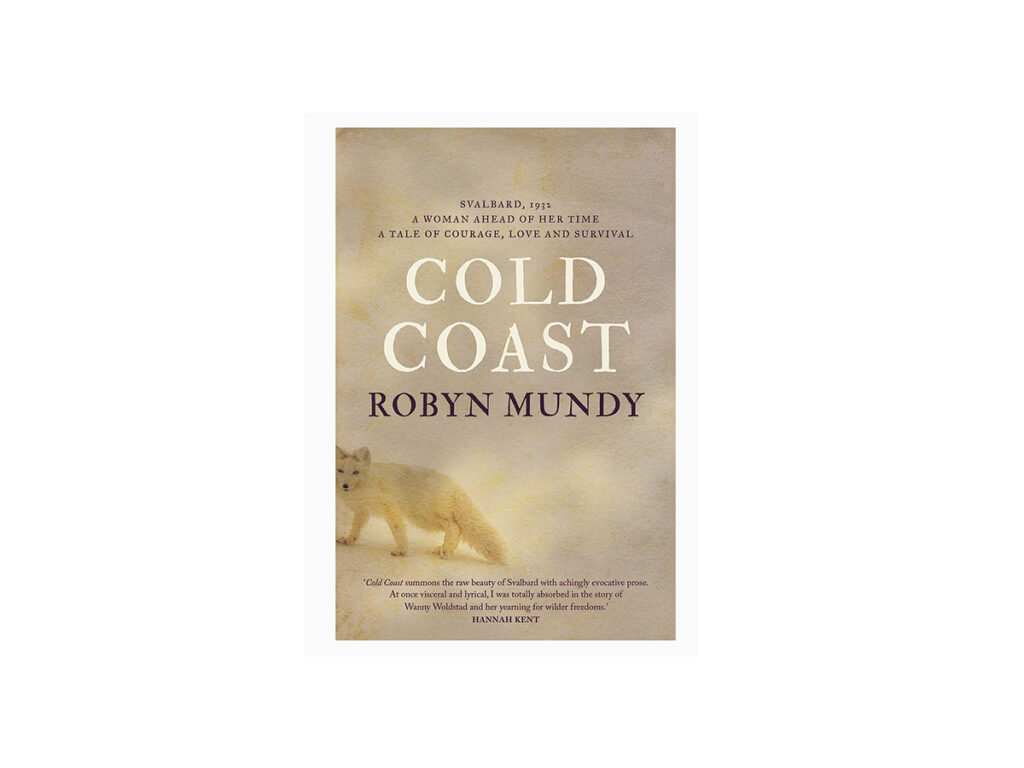 Example of a ‘Fox’ vignette

This review was done with product provided by the publisher