Everyone has their own reason(s) for hiking. Exercise, solitude and scenic views are just some of the reasons people hike. For many people photography also forms a key part of getting out bush. Sometimes this will be the main reason with the focus being to take photos of wildlife and sunrises. At other times it may be a minor reason with the odd photo being taken as a means of remembering the trip but for many it’s the lure of social media.

Social media isn’t necessarily a negative use of photography and our initial engagement with social media, like many others, was to keep in contact with family. Over recent years there has been a trend of taking photos not for the purpose of remembering a hike, but purely for getting high impact photos that extend social media reach. In itself that isn’t an issue but it does become one when people risk their lives, or damage the environment, just to get that ‘special’ photo. In this article we discuss the negative impacts of social media and ways in which we can minimise this impact.

Highly popular trails such as the Overland Track can often be ‘loved to death’ due to high visitation numbers. But more often than not, these high profile trails are quickly identified and the management authorities will implement protective mechanisms, such as permit systems and constructed boardwalks, as a way of minimising the human impact.

Sometimes no matter what mechanisms are put in place, the human impact on some sites comes down to bad behaviour. Walking off boardwalks or marked trails to get that ‘special’ photo can damage sensitive environments in the process.

An example of this over the past few years was a ‘superbloom’ in the Californian poppy fields in the USA which saw people leaving marked trails to lay, sit and walk through – and in one instance land a helicopter – all for the sake of social media (see image immediately below). 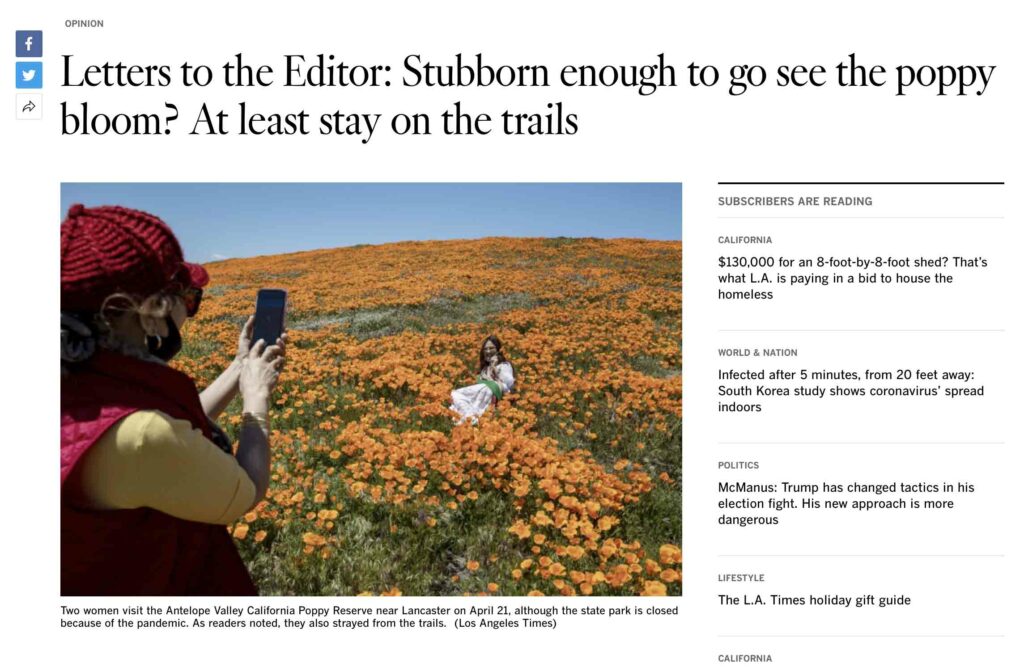 Californian poppies in flower and people off trail all for the sake of that ‘special’ photo. Image from https://www.latimes.com/opinion/story/2020-04-25/poppy-bloom-dont-go-but-stay-on-trails

Cultural damage can also be a negative impact. If you do the Uluru Base Walk or any number of other areas throughout Australia you will often come across signs asking that you don’t approach particular areas or take photos of certain rock art. Previously I have worked in the Indigenous heritage field and when doing tours, particularly of sites not publicly accessible, would always ask Traditional Owners what I could and couldn’t take photos of. While people can have serious environmental impacts, many people take the pursuit of capturing social media images to the extreme and in doing so, put themselves at physical risk and even death. What prompted this article was the death of a tourist at Boroka Lookout in Victoria who after ignoring the safety fencing, fell from an exposed ledge that is popular with social media photographers. A search on Instagram will unearth many images and videos that are examples of what can only be described at stupidity.

Another well known site near Sydney is Wedding Cake Rock in Royal National Park. While there are barriers and signs in place, people still bypass the fencing to get a photo sitting on the edge of the rock. So what’s the problem?

Ignoring potential safety issues to yourself, if you need to be rescued you are also potentially put rescuers at risk in addition to diverting resources from other accident situations.

While we use social media in the promotion of this website, we have taken the stance that there are some things we won’t do and this is a decision that each of us need to make. Personal safety and protection of the physical/cultural environment may not get us as many social media hits, but in the long run it’s the responsible thing to do. 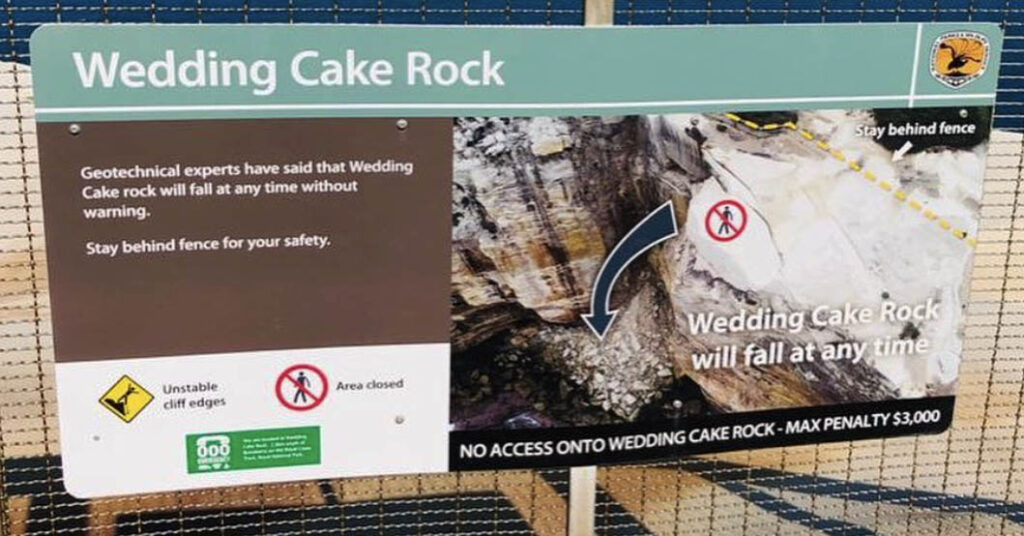 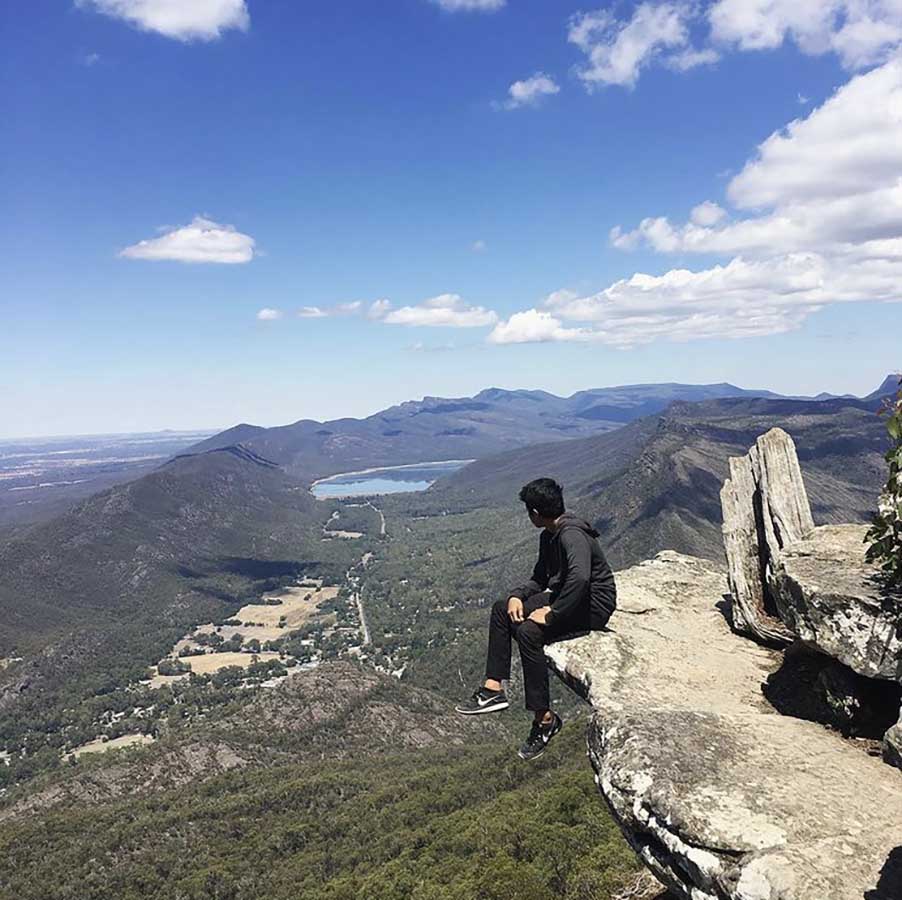