Without doubt the most common animals seen on Australian hiking trails are Kangaroos and Wallabies. In our case it’s rare we don’t see at least one Kangaroo on trail, often many more. Wallabies aren’t so common and given they are smaller in stature, they can be harder to spot. Wallabies also tend to be a bit more skittish often hopping away much sooner than Kangaroos.

Kangaroos and Wallabies are marsupials which are characterised by premature young being born in an incomplete state. The forelimbs of their young are developed and the toes are armed with sharp, curved claws. They use these claws to make the journey to the pouch, many times the body length of the one month old foetus and continue development while attached to the nipples on the mother’s lower belly.

So what do you need to know about Kangaroos and Wallabies?

What’s in a name?

Wallabies developed from a common ancestor sometime in the past and while closely related to Kangaroos, are not the same thing.

Many older Australians were brought up with the Skippy TV show from the late 1960’s. If you haven’t seen this show watch the video at this link because Skippy puts Lassie to shame. Having said that, this show was fantasy with little reality and as with any wildlife, anywhere in the world its best to allow our wild animals space and not approach them – just admire them for what they are from a distance. 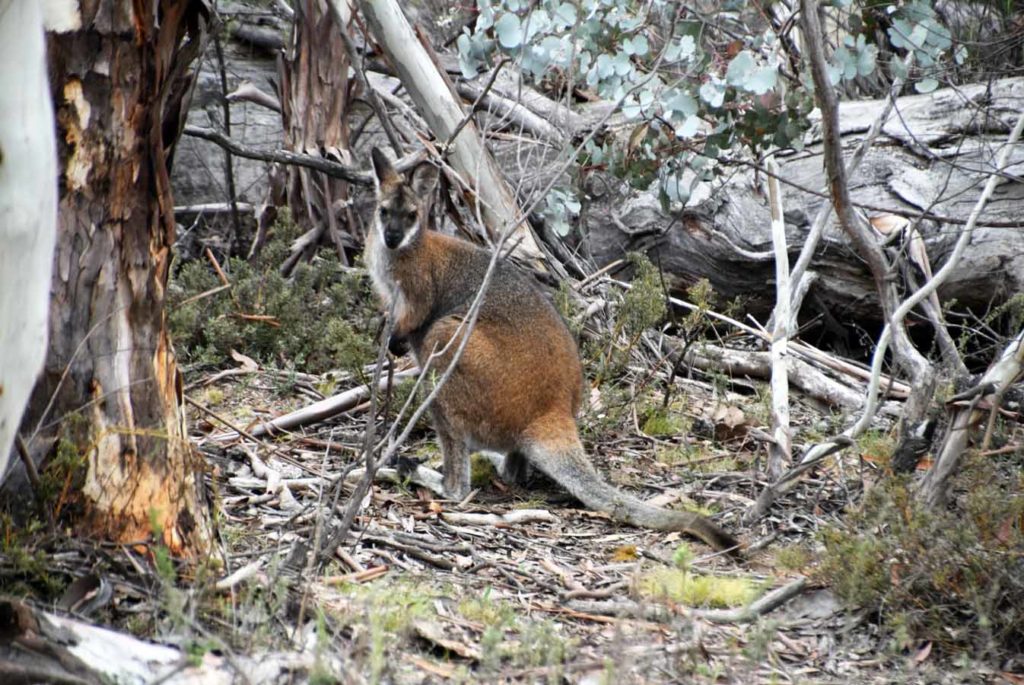 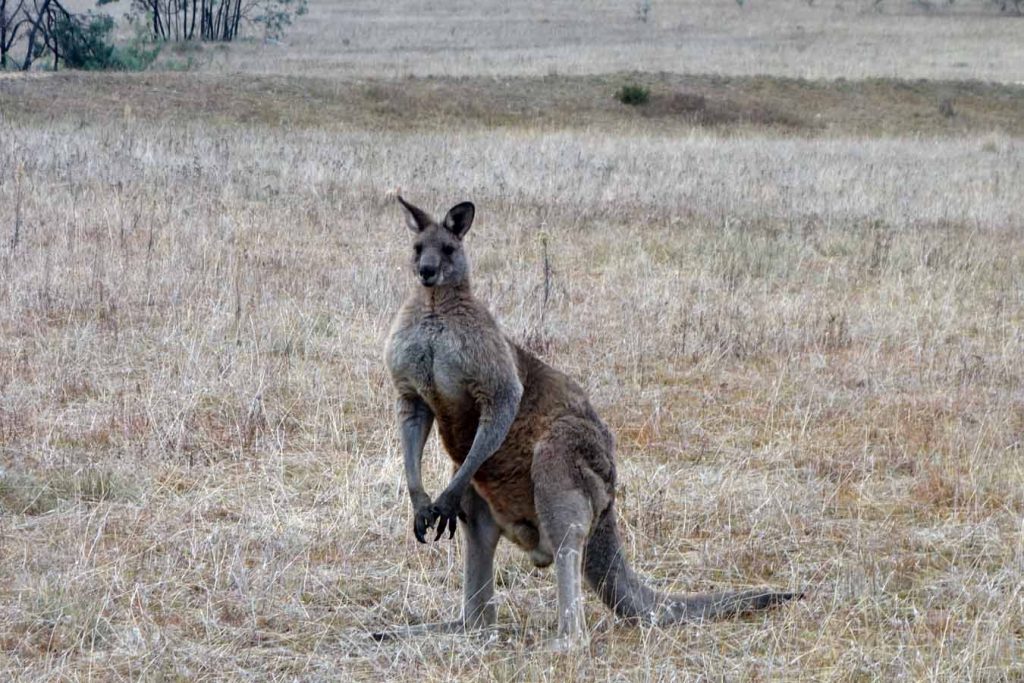 Eastern Grey Kangaroo in northern Canberra. This big boy was over 1.8 metres in height when upright and was in his prime (i.e. very muscular) when the image was taken. Out of approximately 200 Kangaroos in this large paddock, this male was by far the largest 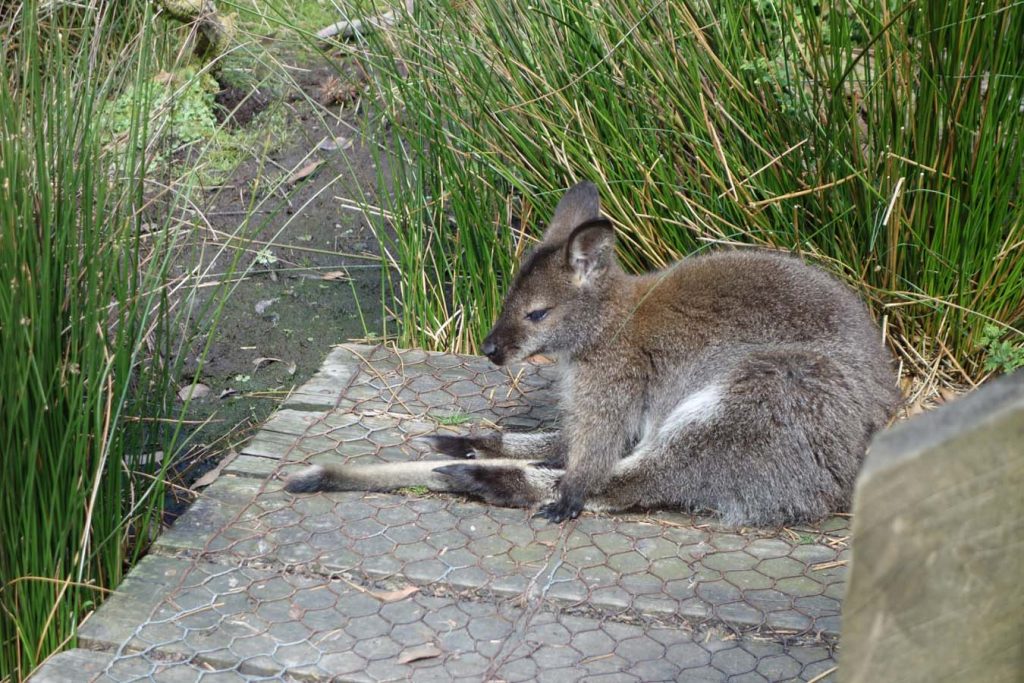 Wallaby at one of the huts on the Overland Track in Tasmania. This one was having a rest on one of the adjacent boardwalks and didn’t really care about the many hikers nearby