The human connection with animals is timeless. First as food, then as working partners that carried our loads, helped us hunt or managed and protected our herds, and then evolved into companions. Animals have become an integral part of our lives in one way or another so it’s not surprising many of us want to include them in our hiking activities. While taking domestic animals on hikes is much more common in the USA, this is also starting to become more common in Australia.

In this article we look at the options for taking animals on the trail from an Australian perspective as a companion or to help us with our endeavours.

One of the most obvious options for including animals in our hiking endeavours is as pack animals. Pack animals including horses, donkeys, and to a lesser extent, mules, lamas, alpacas and camels, provide an option for load carrying that hikers just can’t manage. Taking pack animals, or any animal for that matter, with you on a hike creates a whole set of other considerations including specific food and first aid requires for your animals.

There are a number of national and state parks throughout Australia that allow horses however if you are planning on taking a pack animal with you then check with each individual park about specific requirements and limitations. While horses are considered in most states and territory management plans, donkeys, mules, lamas/alpacas and camels aren’t specifically discussed and you should talk with the park management about where they sit in the scheme of things to find out if they are allowed. 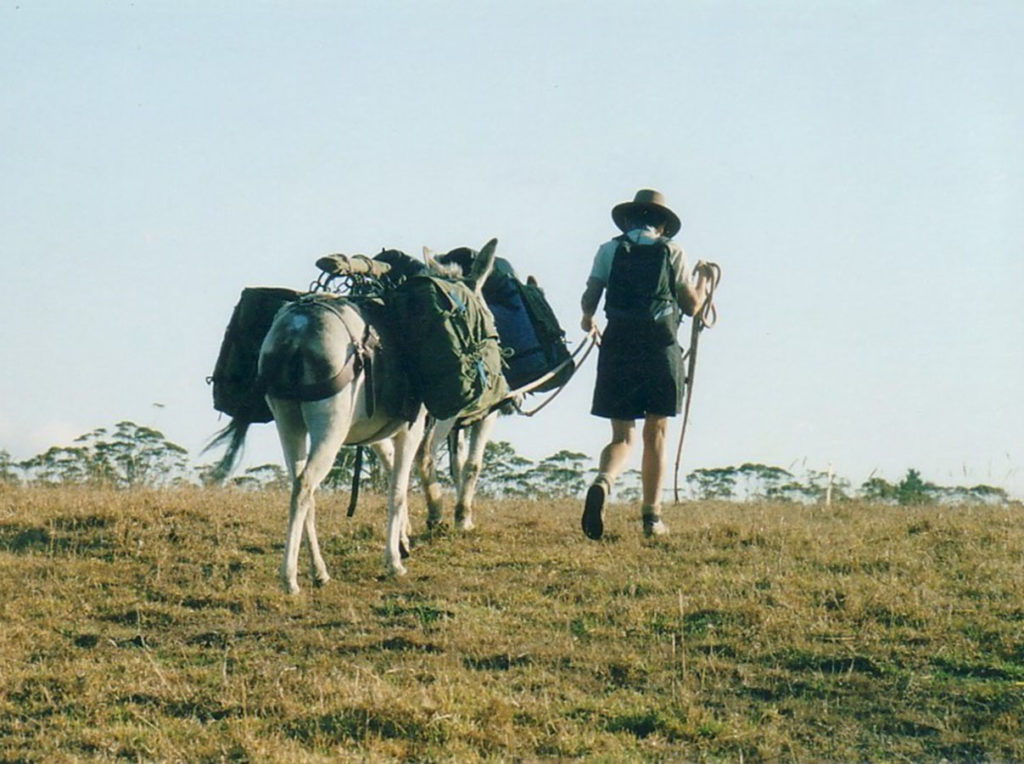 Liz Byron and her donkeys on the trail

Often our connection to animals goes well beyond that of working partner and we develop a personal relationship as they become part of our family or our companion. While we may want to do a long distance trip with our favourite domestic animal, we really are talking about here are dogs. With the exception of Assistance Animals, dogs aren’t allowed in many of our national parks although there are exceptions in some states. Even when they are allowed they must be on a leash and under control of the owner.

Cats are banned from national parks in all states and territories because of the damage they can do if they escape and turn wild; feral cats do huge damage to our native wildlife. Caged birds, while unlikely to be a hiking companion, are also an issue in some states as they may carry potential diseases that can impact our native populations. 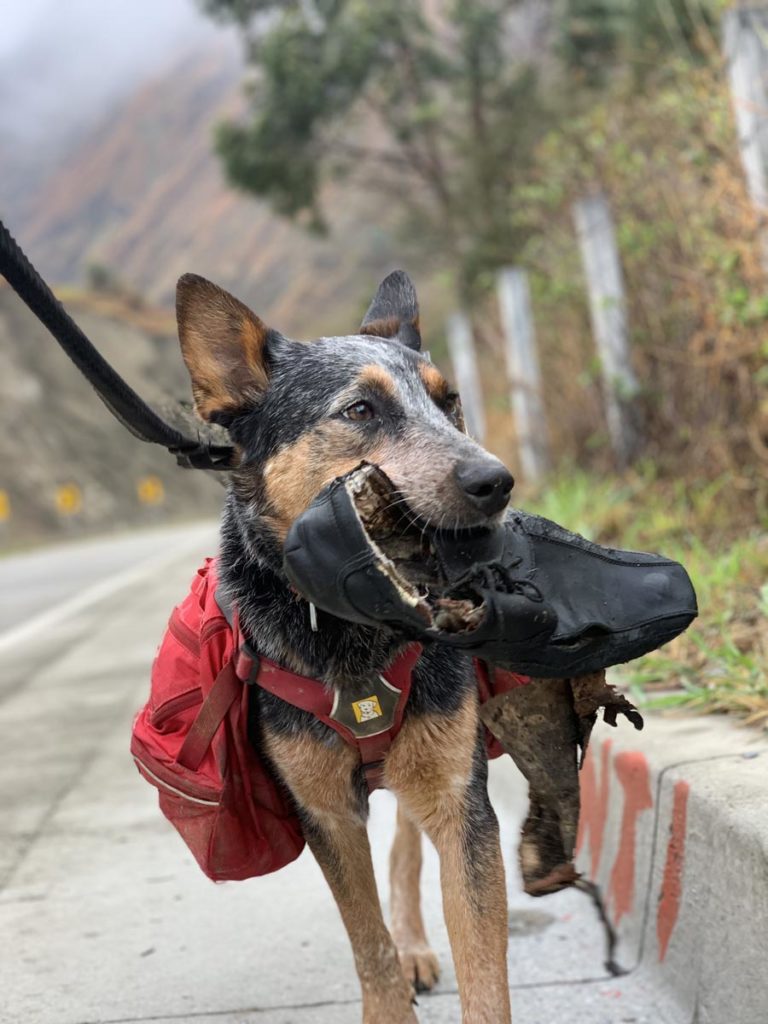 The following is a list of links and information concerning domestic animals in parks and reserves around Australia. While we have tried to include links for all Australian states and territories, this list is not exhaustive so we recommend that you contact the state and territory parks services for clarification. 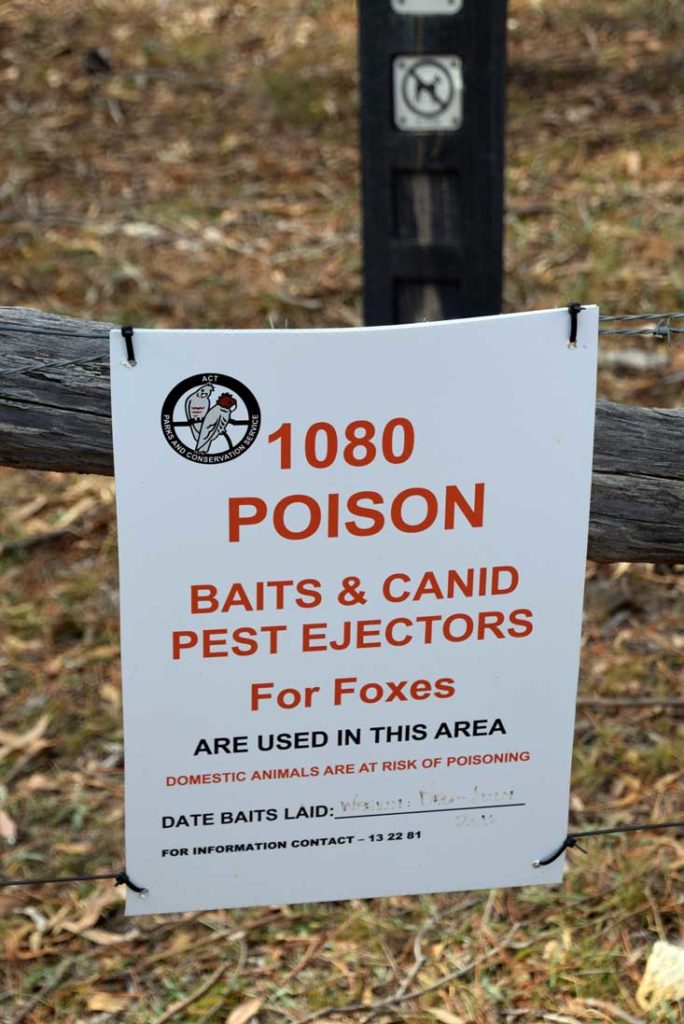 Caring for animals on the trail

Taking an animal of any sort on a hiking trip has its advantages such as carrying capacity and companionship but you also have to care for them. Hiking with an animal is a partnership and like any partnership there needs to be a compromise. Forcing an animal to walk at your pace will work only if their pace is the same as yours so you may find that you need to walk a bit slower or less hours in a day otherwise you run the risk of your companion injuring themselves or not enjoying their journey. There is no end to considerations when hiking with animals and this will greatly increase your planning process. Things to consider are: While there are no formal laws on trail use, there are accepted guidelines. These guidelines revolve around courteous trail use and sharing the trail in an equitable manner. Many animals, horses in particular, view bike packers and hikers with tracking poles as threatening so take it as given that animals have right of way when you cross path. Hikers are next in line and cyclists should give way to those on foot. Unfortunately many trail users aren’t aware of the ‘give way’ protocols so it’s best to keep that in mind when you come across another trail user.

I have been on a shared trail a number of times and am very focused when I come across horses. They are often scared of hikers so I will step off the side of the trail and keep my hiking poles still as they go past. Alternatively even though cyclists are supposed to give way to hikers, I have found that when a large group is heading towards me it just makes sense to also step off the trail and let them pass even though you have right of way. 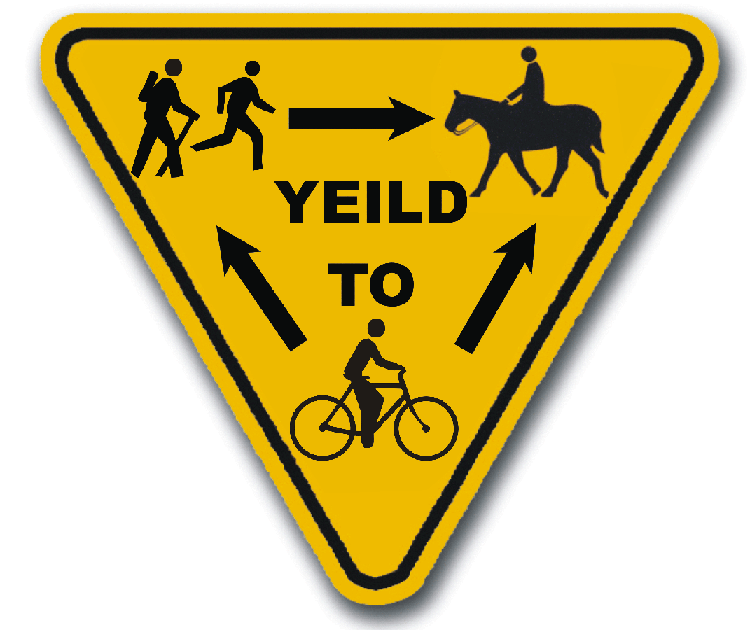 The ‘Give Way’ triangle for trail users. This is not an official sign but does show who should give way when approaching other trail users. Sometimes even though you have right of way, it just makes sense to give way

Hiking with animals in Australia is far less common than in the USA but it is something that is slowly increasing. Taking an animal on a hike whether it’s as a pack or a companion animal has many advantages but with it also comes a number of additional logistical considerations. These include additional daily work in animal husbandry in feeding and caring for your animal so you are unlikely to do the distances you would do if travelling alone.

There are huge benefits to travelling with your four legged friend. But deciding on whether the pros, including carrying ability and companionship, outweigh the additional work is something you will need to decide for yourself.

Listen to this article as a podcast here