Having recently tried Watermelon Jerky I thought that I’d see how rockmelon would stack up. While I realise that watermelon contains much more liquid, I expected the drying process for rockmelon to be very similar; understandably there were a few differences, some of which surprised me.

The preparation came down to choosing a ripe melon but in my case I could only get a melon that was a bit hard so I needed to wait a week to let it soften. My melon of choice ended up being 1.15 kg and by the time I halved it, and removed the seeds and skin I ended up with 624 grams of watermelon flesh, roughly half of what I started with. Prior to de-skinning the melon, which involved running a knife around each piece, I ran the halves through a mandolin slicer using the thick cut setting which gave me slices around 4 mm thick. If you feel like it you can cut the slices in half but in my case I left the pieces as is.

The drying process was relatively quick at 12 hours with only one turning required but I did go from three trays down to two by the end of the process.

Taste wise dried rockmelon isn’t as sugary as Watermelon Jerky and while the Jerky is still my favourite the subdued rockmelon taste is really nice so much so Gill and I cleaned up the dried product within about a day. What surprised me was that the end result weighed in at only 56 grams and it took much more space than I would have suspected.

Overall this is a winner and one I will seek out on a regular basis. 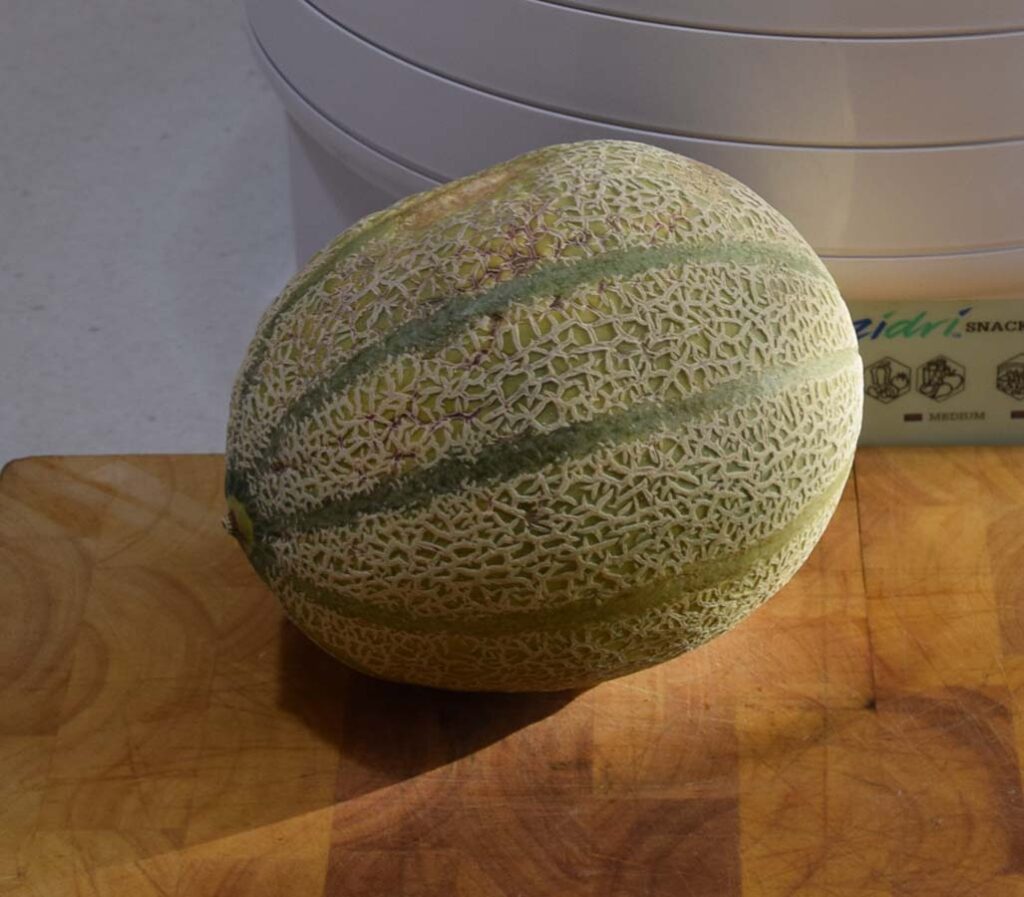 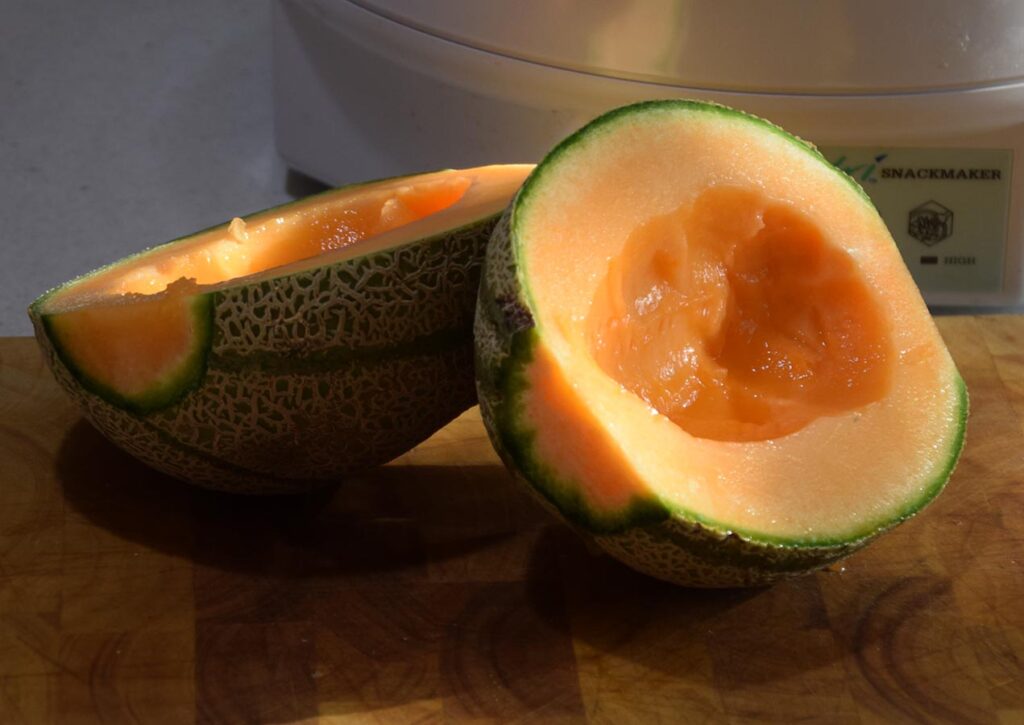 Step 1: Trim the ends of the rockmelon, halve the melon and deseed 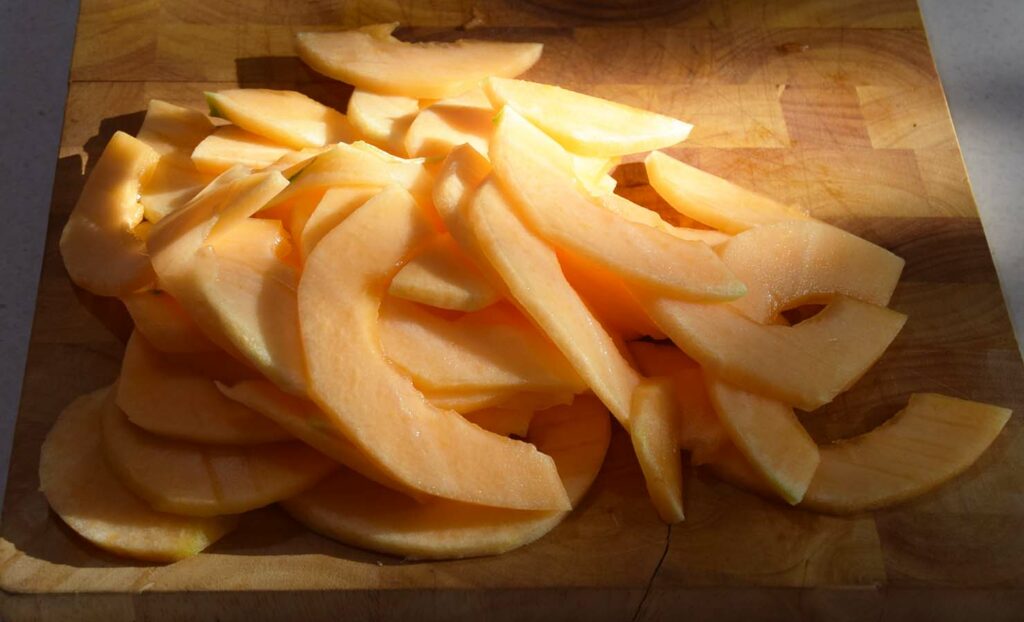 Stop 2: Slice the melon to around 4 mm thick and trim the rind off 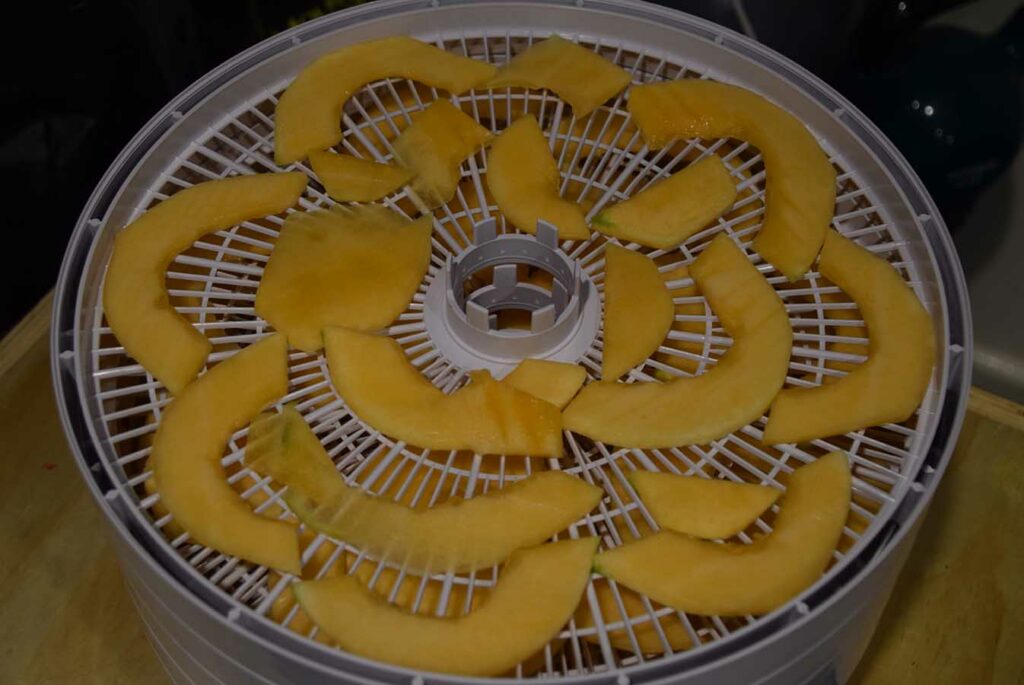 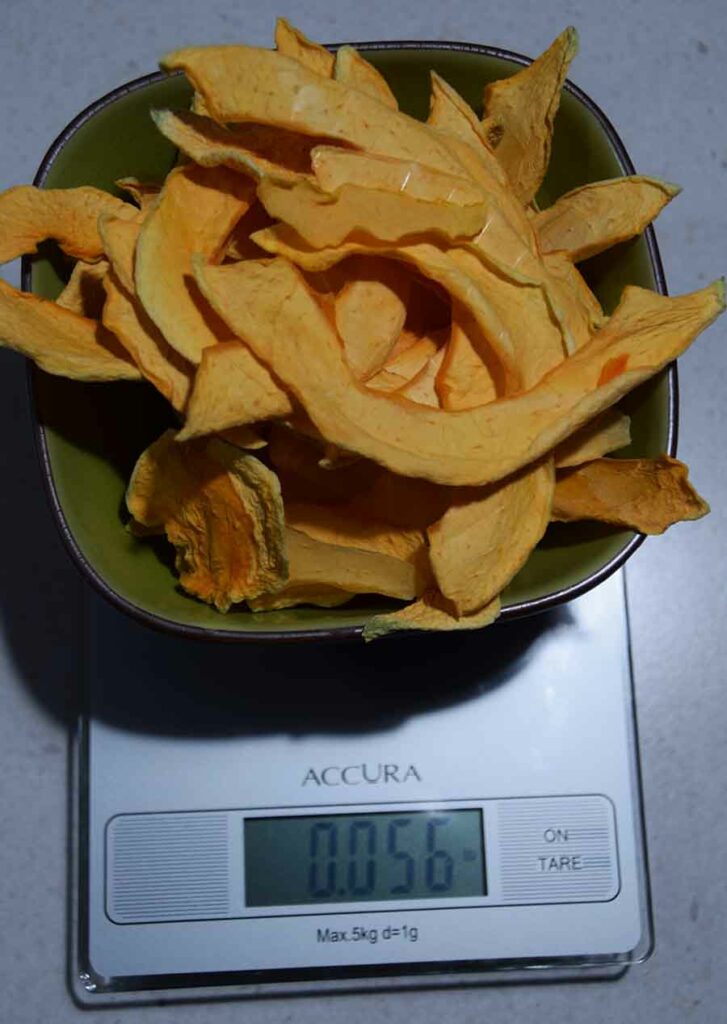