If you’ve spent much time in Australia you will be aware that like most other countries, we have a series of legends and myths that form part of our cultural identity. While some of these are based on fact, and others have at least some basis of truth, there are a number that are just downright fabrications. Whatever degree of truth is involved is doesn’t stop us from talking about them and where possible, having fun at the expense of gullible people, overseas tourists and media personalities. The following myths and legends are Australia’s best known although I’m sure there will be some that you may never have heard of.

There are no shortage of news reports and sightings of large black cats (Bush Pumas/Panthers) throughout the Australian Bush. The reports of these giant cats have been in existence for over 100 years and occur on a regular basis. The two main theories behind these sightings comes down to:

While no one has ever managed to capture one of these elusive animals, it doesn’t mean they don’t exist particularly given the number of regular sightings. 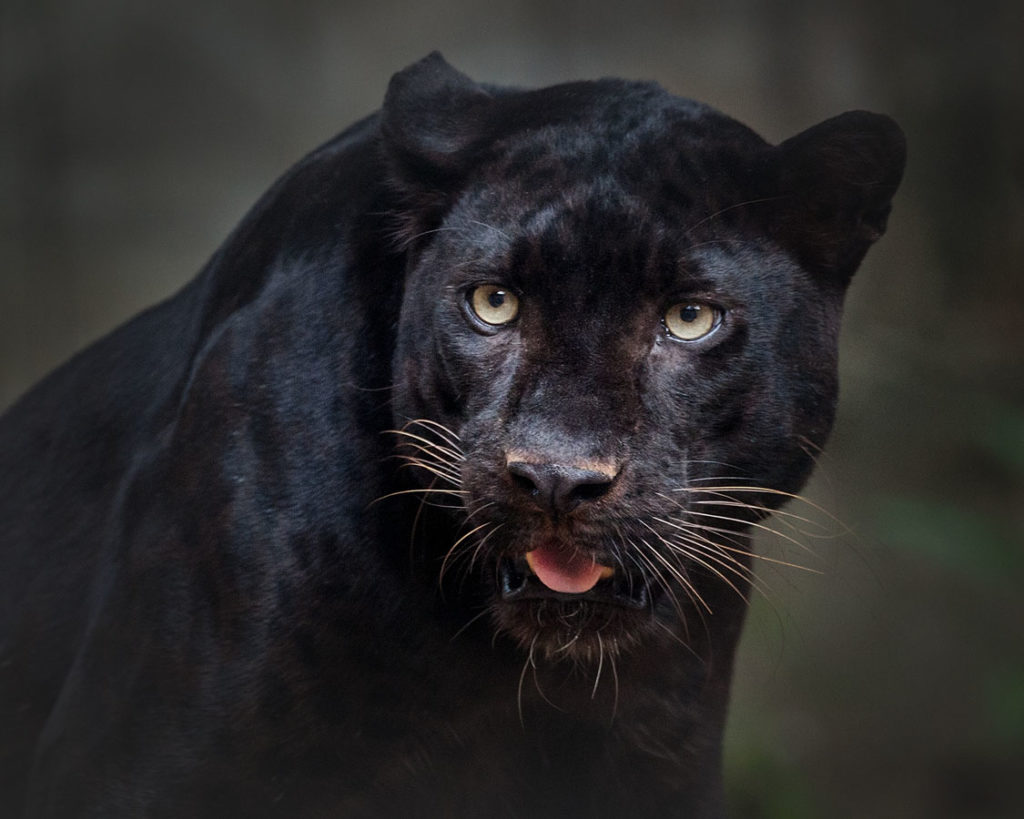 America has Bigfoot/Sasquatch, the Himalayas have the Abominable Snowman, and we have the Bunyip or Yowie. This creature is grounded in Aboriginal culture going by different names depending on where you are, is often associated with waterways. Various descriptions exist and if you search the web you will come up with all sorts of different images. Descriptions such as half human/half fish, being roughly twice the size of a human. Often described as shy and timid and occasionally described as dangerous. Imagine Europeans landing in Australia and coming across all these weird animals and hearing about this one! I can still remember growing up with the 1972 Australian children’s book ‘The Bunyip that ate Canberra’.

Perhaps one of Australia’s best known myth and legend. Drop Bears (Thylarctos plummetus) closely resemble Koalas and live in the same habitat and this is where the problem arises. While Koalas are content to sit in Eucalypt trees grazing away on leaves, Drop Bears wait for unsuspecting prey to walk underneath before they launch themselves into attack. The initial impact often stuns the prey, allowing it to be bitten on the neck and quickly subdued. The only known preventative is the use of mirrored sunglasses as Drop Bears will only attach when they make eye contact. Find out more at the Australian Museum. 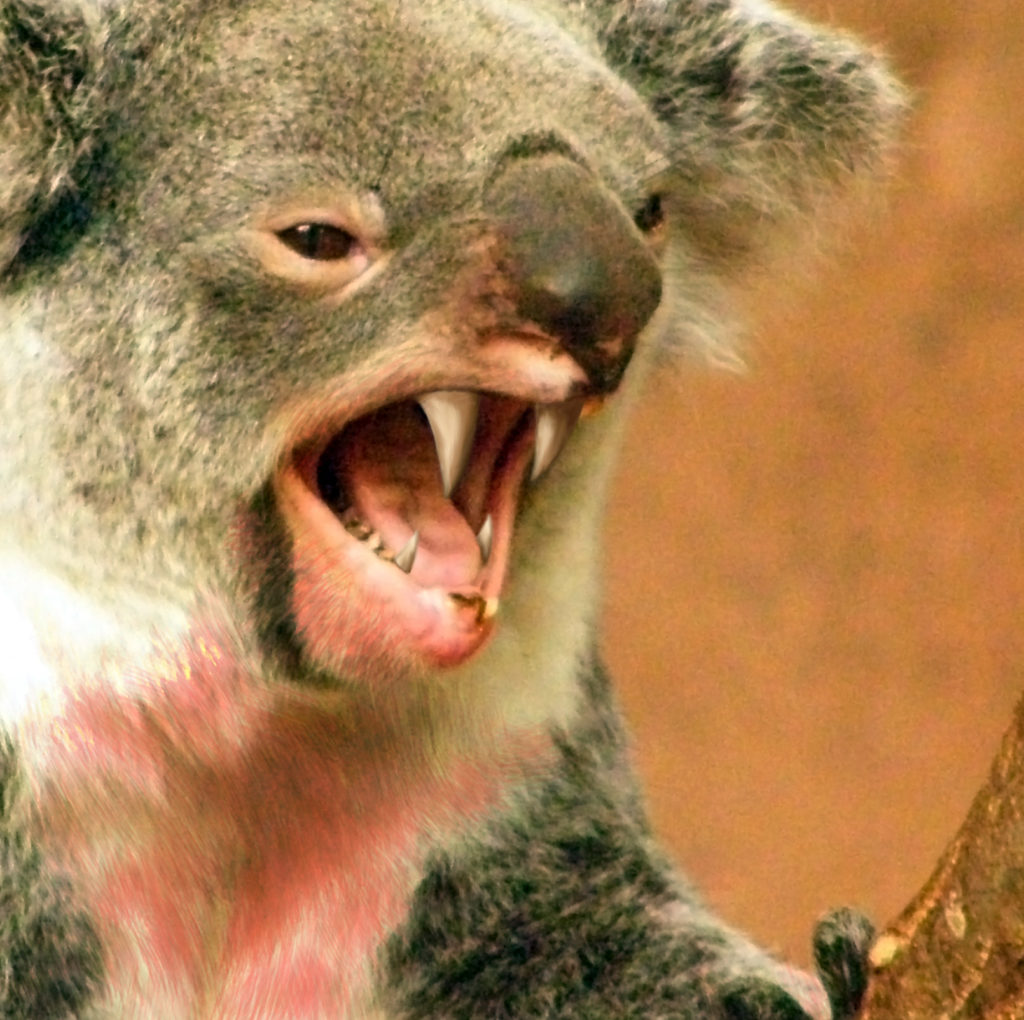 Video from 7 News, January 2020. Contrary to popular belief we really do love tourists!

Hoop Snakes tend to be a forgotten myth that belong to my father’s and grandfather’s generation. These dangerous snakes are reportedly spread world wide and when threatened will grab their own tail forming a hoop and roll after you at speeds of up to 60 km per hour before biting you. In other words you aren’t going to outrun them. They supposedly only do this when attacking otherwise they will slither away like other snakes.

Min Min lights are from Australian Aboriginal culture. These unexplained phenomena have been reported in various parks of Australia often described as fast moving/floating balls of light. In the Kimberley in Western Australia, some Aboriginal people believe the Min Min Lights are the spirits of elders looking after country. The lights are also attributed to distracting and taking people off their chosen path.

The Bouilia Shire in Queensland promotes these as a tourism feature (See Here). So if you happen to be passing through the area, it’s something to keep an eye out for.

Find out more from the ABC 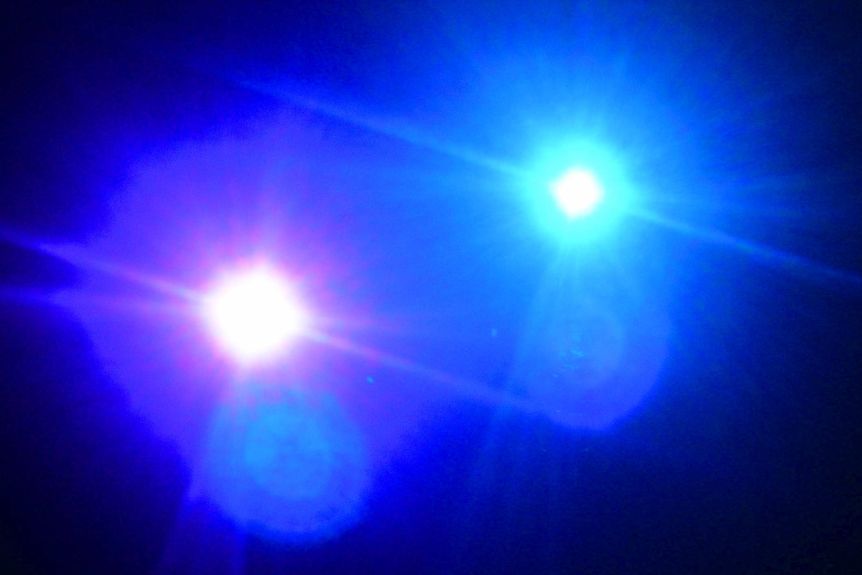 Tasmanian Tigers (Thylacinus cynocephalus) are an Australian marsupial carnivore (they had a pouch just like Kangaroos) now widely believed to be extinct. A number of Thylacine species existed as far back as 30 million years ago and the modern species appeared about 4 million years ago. Originally they were spread across much of Australia with Aboriginal rock art depicting them being widespread.

The introduction of the Dingo impacted greatly on their numbers but the species was also hunted extensively when European settlers arrived and a bounty was placed on them to minimise stock losses. The species was declared extinct in 1936.

As far as Australian myths and legends go, many people still believe that the Thylacine may still exist given the remoteness and inaccessibility of the Tasmanian Wilderness.

A good movie to watch on this is The Hunter. 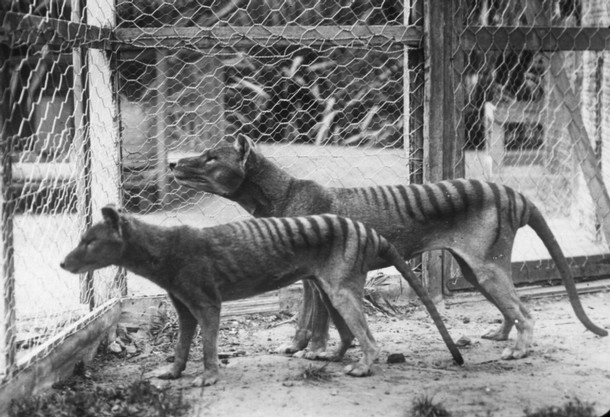 OK so maybe some of these myths and legends are real and maybe the truth has been stretched in other cases but as with all myths and legends, there is often an element of truth, no matter how small. In the case of the Bush Panthers and the Tasmanian Tiger, we may never find an answer but the jury may still be out; who knows? As a minimum, it provides for some great stories and a bit of fun.