Into the Wild – The Book

Into the Wild - Book Review

Into the Wild written by Jon Krakauer and first published in 1996, shares its title with the Into the Wild movie about the Christopher McCandless whose decomposed body was found in the Alaskan wilderness in August 1992. The story is about McCandless who rejected consumerism and took on the name Alexander Supertramp in his quest to live a simpler and freer life. When McCandless’ body was discovered, it was Krakauer who wrote the article for the magazine Outside.

The book draws on McCandless’ journal over two years and traces the steps he took to Alaska, with the author interviewing the people McCandless met along the way. The book contains anecdotes told by those who encountered McCandless who describe him in positive ways. He develops deeper connections with a grain company owner, a woman who lives and travels in a campervan with her partner, and an elderly man who comes to view McCandless as his grandson. All the accounts demonstrate they knew little about him and astonishingly despite some receiving postcards from McCandless remarking ‘it was great knowing you’, they were not curious about his safety and did not seek him out.

You do get a little more in this book about McCandless’ anguish when he discovered that his father was still married to, and fathered another child with, hist first wife when McCandless was a young child. When asked about his father by a fellow travel, McCandless described him as a bigamist.

The other thing I found odd was even those who had a fleeting interaction with McCandless not only recalled the conversations but quoted the words they and he used. This raised doubts for me about whether the book is a work of fiction or non-fiction – it’s both (if that’s possible) but it’s difficult to see where the line between the two sits.

Krakauer introduces this story by suggesting similarities with himself as a less talented version of McCandless. It takes the author until three quarters into the book before you get a sense of what these early statements mean. At this point Krakauer goes into great detail about his own Alaskan adventure as a young man which could easily have ended in tragedy but didn’t. He also talks in depth about the relationship with his father, concluding later in life that they were similar.

All these years later, the interest in McCandless continues. What drove an intelligent, talented and likeable young man to test himself so tragically in such a harsh environment? It’s not just about the challenge of the harsh environment, it’s also about his lack of preparation, equipment and survival skills. There is conjecture about whether the journey into the Alaskan wilderness was driven by a death wish  – the author seems to be on a mission to disprove this suggestion.

So where does the author land in relation to what drove McCandless to pursue such radical adventures with little preparation or equipment? I am oversimplifying of course but it’s about young men proving themselves and breaking free of authoritarian fathers.

I didn’t enjoy this book. While it has some interesting stories and engaging descriptions of rugged landscapes, it was a bit too self indulgent. Sorry, but I had to warn you!

You can purchase Into The Wild from The Book Depository, Amazon Australia, or Amazon USA

Disclosure: Some of the above links are affiliate links, meaning, at no additional cost to you, we will earn a commission if you click through and make a purchase. Please note that our affiliations do not influence, in any way, the independence of our reviews. If we don’t like a product, you’ll hear about it from us! 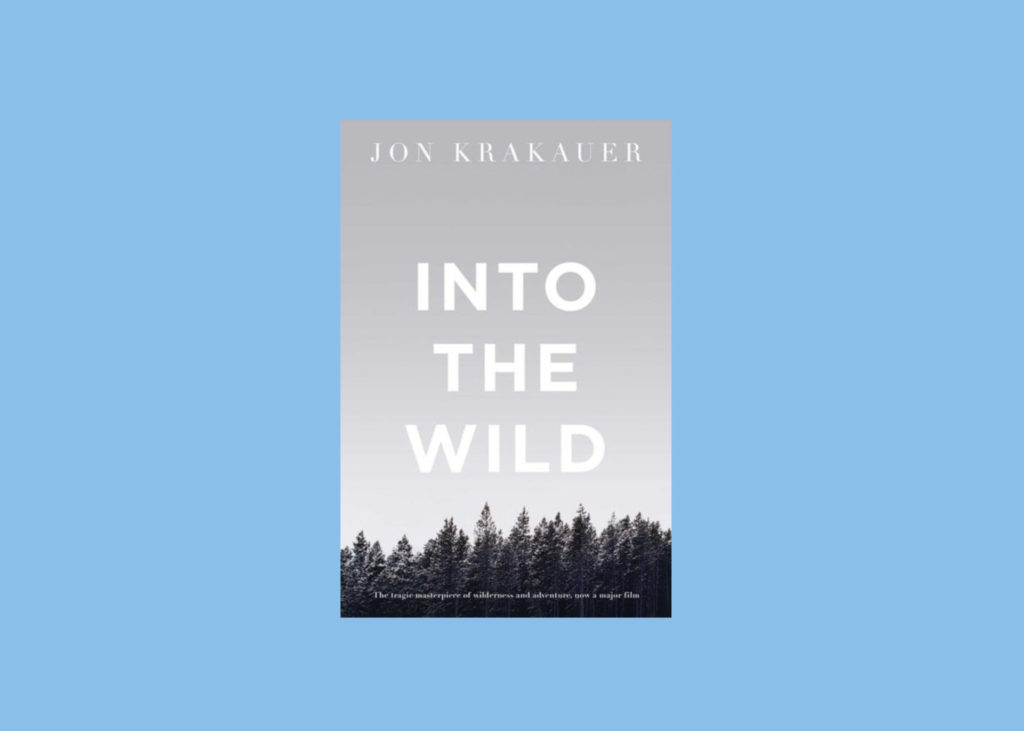 Into The Wild front cover

Into the Wild – The Book