The 2017 Outdoor Retailer Australia Show was recently held on 18-20 June 2017 at the Moore Park Exhibition Centre in Sydney. This annual show is a chance for Australia’s outdoor wholesalers to showcase their new and existing products to Australia’s outdoor retailers and allied media. Australian Hiker was lucky enough to attend this show for the first time and to take a sneak peak at some old favourites as well as some great new products to hit the market in the upcoming months.

As first time show attendees Gill and I weren’t sure what to expect so we only allowed Sunday to wander around the two large halls. We soon realised that we could have done with much more time, even with just focusing on the hiking related products. In the end, we interviewed six companies we thought would be of interest to our podcast listeners. The companies interviewed for this episode are:

Some of these companies are wholesalers and their websites listed above will provide details of their local retailers close to you. Others also retail their product direct to the market which is clearly identified on their websites.

One other Australian product that caught our attention was the repair tape from a company called ‘Fixmytear’. Sold as either a short roll or in industrial length amounts this is a product I look forward to testing over the next few months to see how it performs.

Find this episode on iTunes at Australian Hiker podcast

Find this episode on Stitcher at Australian Hiker podcast

Listen to this episode on Soundcloud

Episode 031 due for release on 5 July 2017 will look at water filtration on the trail.

There were two main takeaways from this show that we had reconfirmed.

The first, and something that was becoming very obvious to me as a hiking tragic who spends much of my time trawling though outdoor stores, is the steady influx of mainly USA based but also European manufacturers, starting to distribute their product range into the Australian market. While I do on occasion purchase from overseas its only because I have wanted a very specific piece of product that wasn’t readily available in Australia. I don’t buy clothing from overseas and have always salivated over a number of pieces hiking clothing I can now buy in Australia. With the changes to the GST (Tax) rules soon to be implemented, product purchased in Australia will become cheaper as well as having the support of a local supply chain should anything go wrong.

The other obvious area of growth, and has been for a while, is the increase in lightweight equipment on the market, with many manufacturers looking at ways to minimise weight while still maintaining the comfort levels.

We hope you enjoy this series of interviews and look forward to next year when we will put aside a couple of days to talk with suppliers and review their products. Tim and Gill at the show Dov from Hammock Bliss. One of the very few Australian manufacturers of hiking hammocks 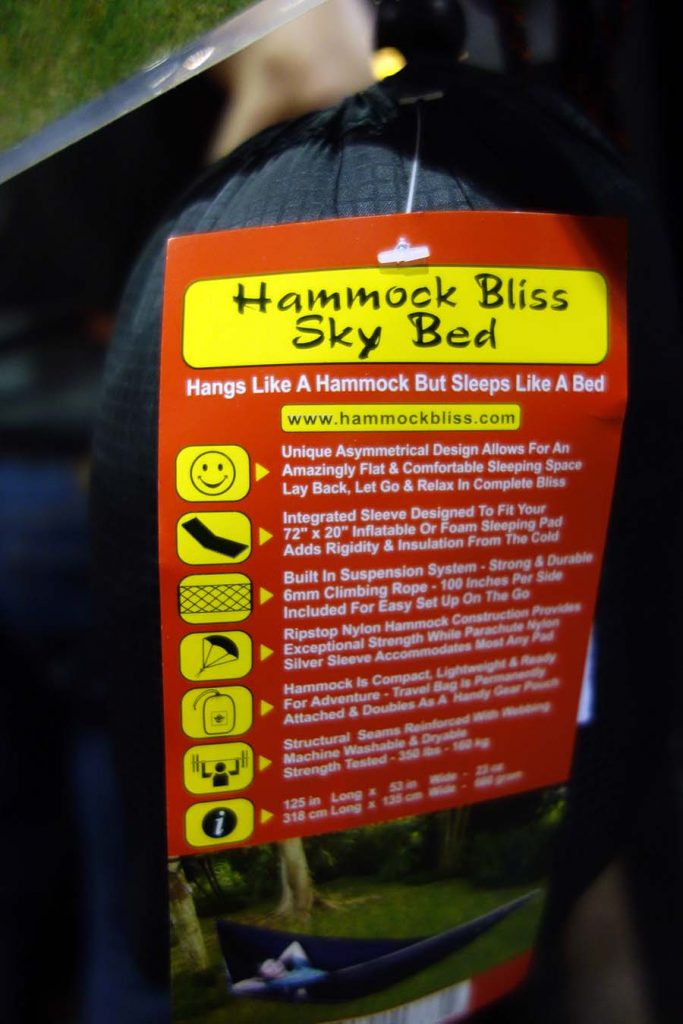 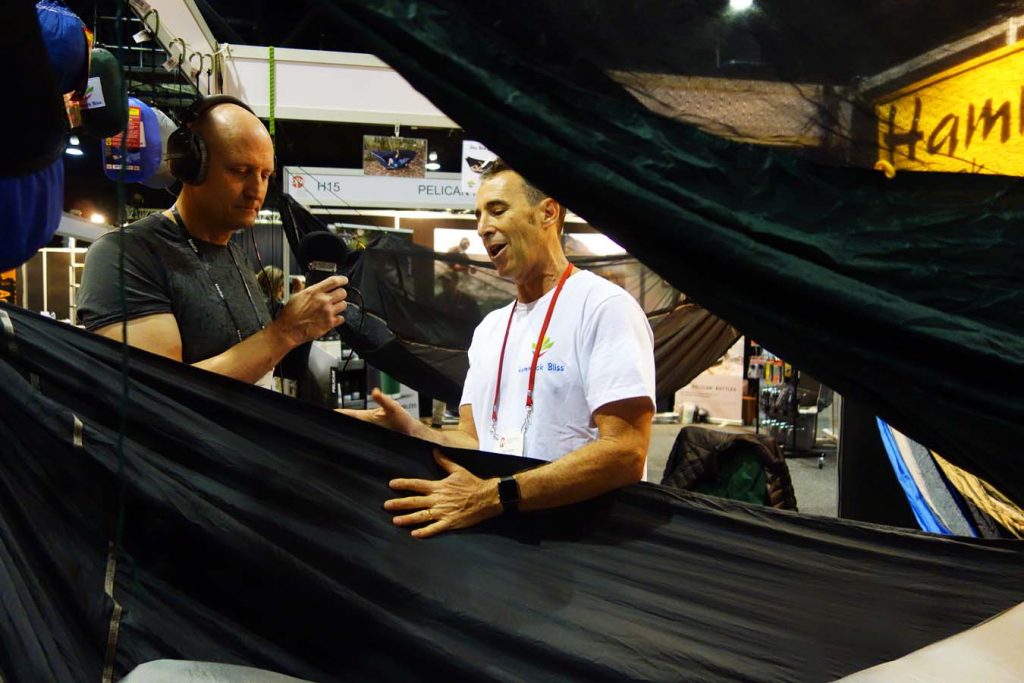 AJ from Campers Pantry. Campers Pantry currently produce a great range of freeze dried vegetables and have some excellent new products due to be released onto the market in the coming months 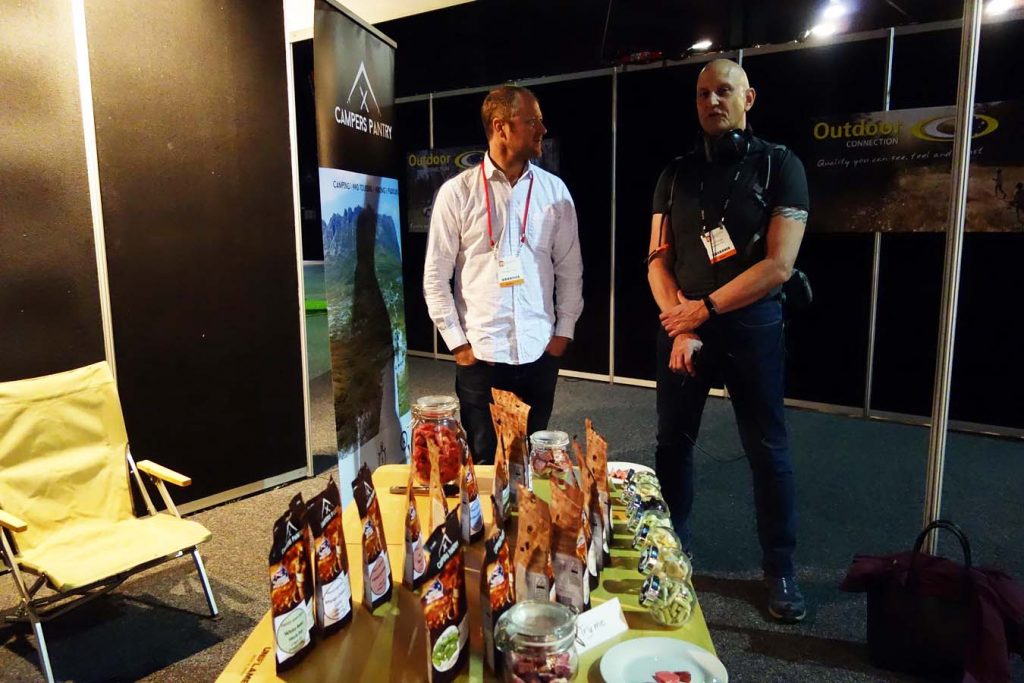 AJ and Tim discussing the upcoming range from Campers Pantry. We had a chance to sample some of this new product and once released it will definitely form a regular part of our hiking meal rotation 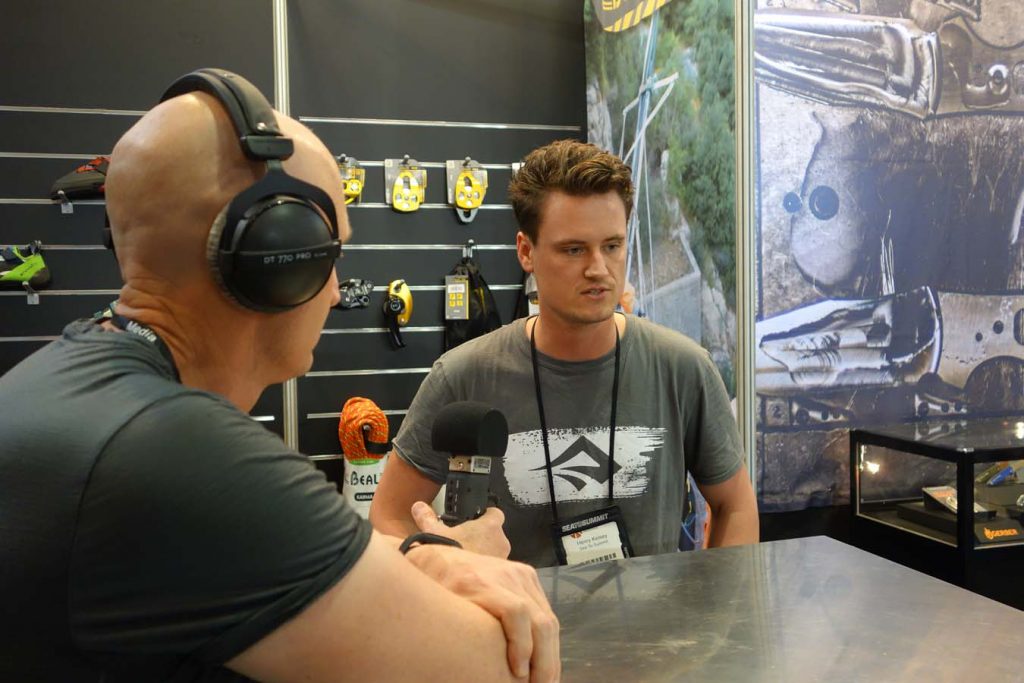 Tim interviewing Henry from Sea to Summit. Sea to Summit produces their own brand products and are also the Australian distributor for a number of well known brands 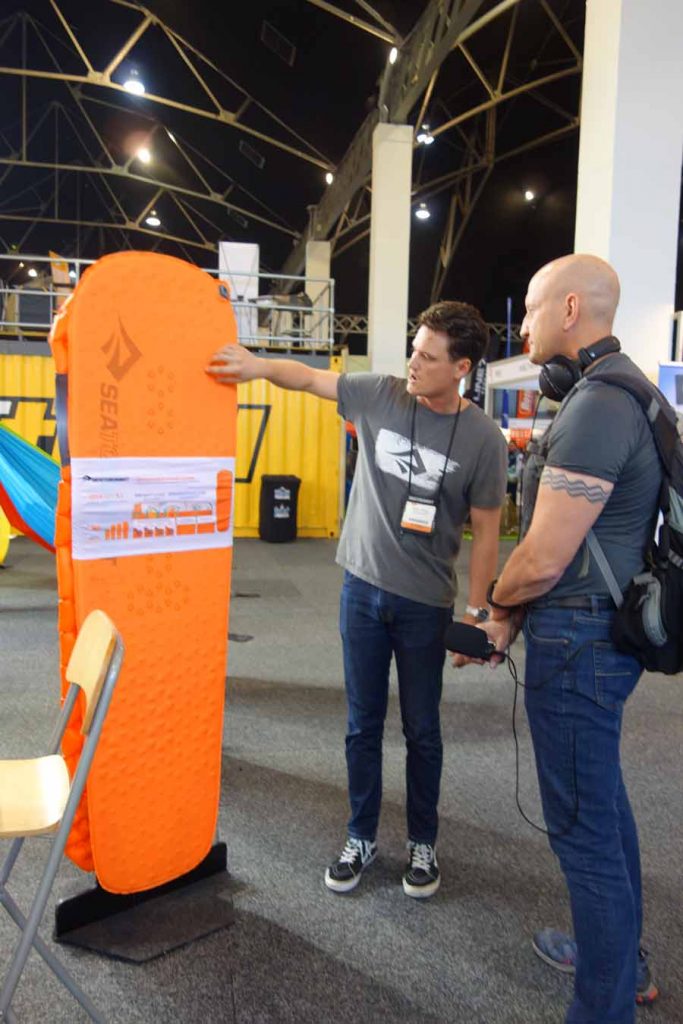 Henry explaining the features of Sea to Summit sleeping mats Part of the Sea to Summit stand 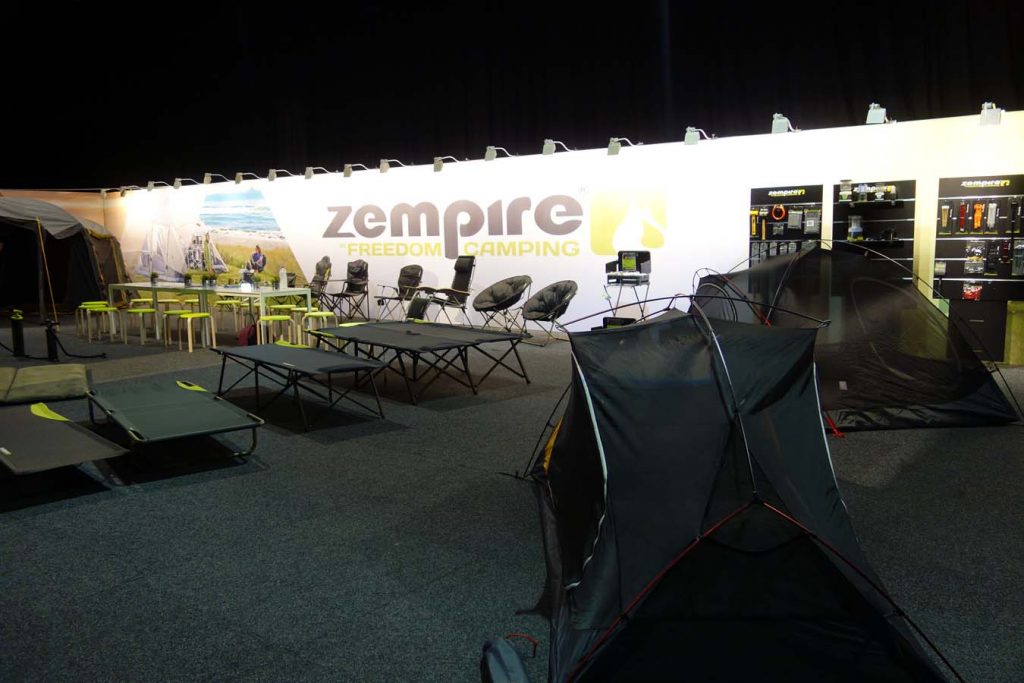 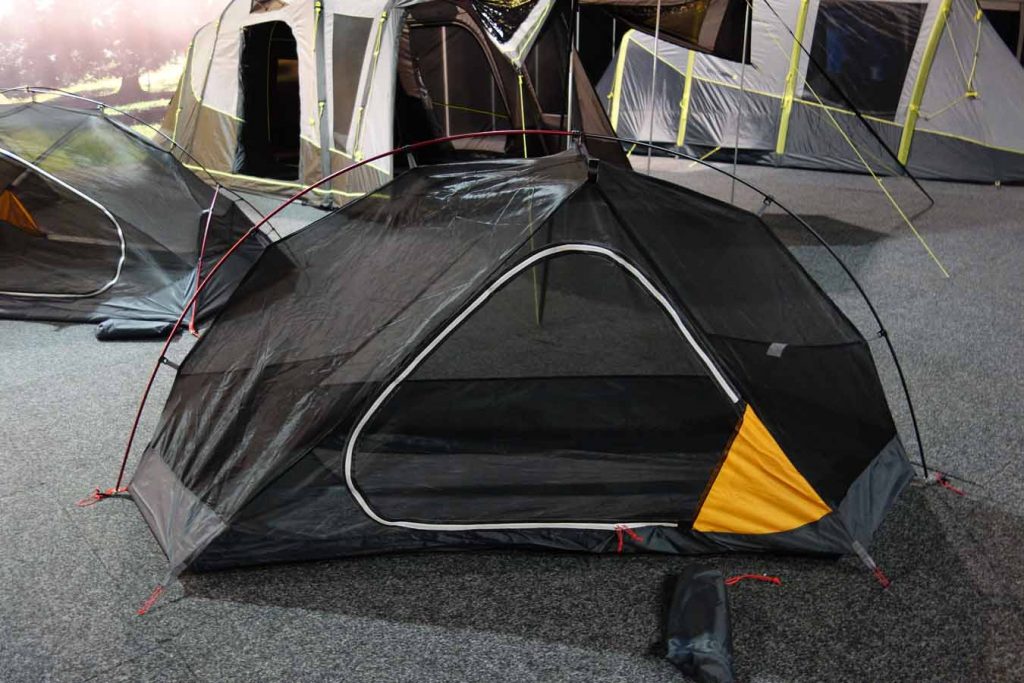 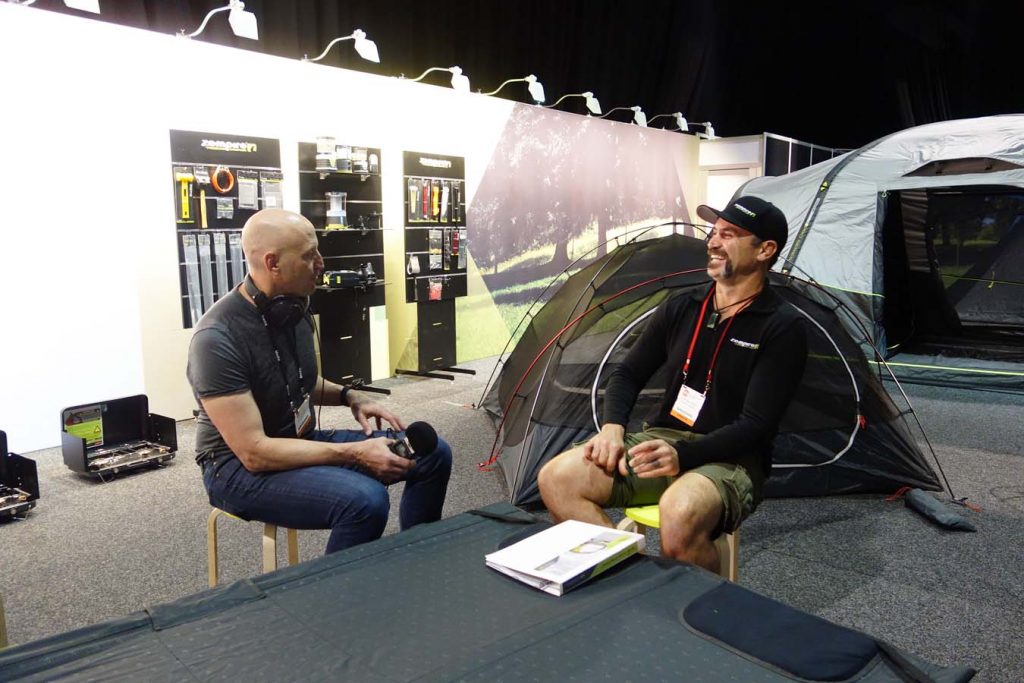 Tim interviewing Lil the ‘product bloke’ from Zempire. Zempire produces a great range of mid priced lightweight tents filling a niche that was not being catered for 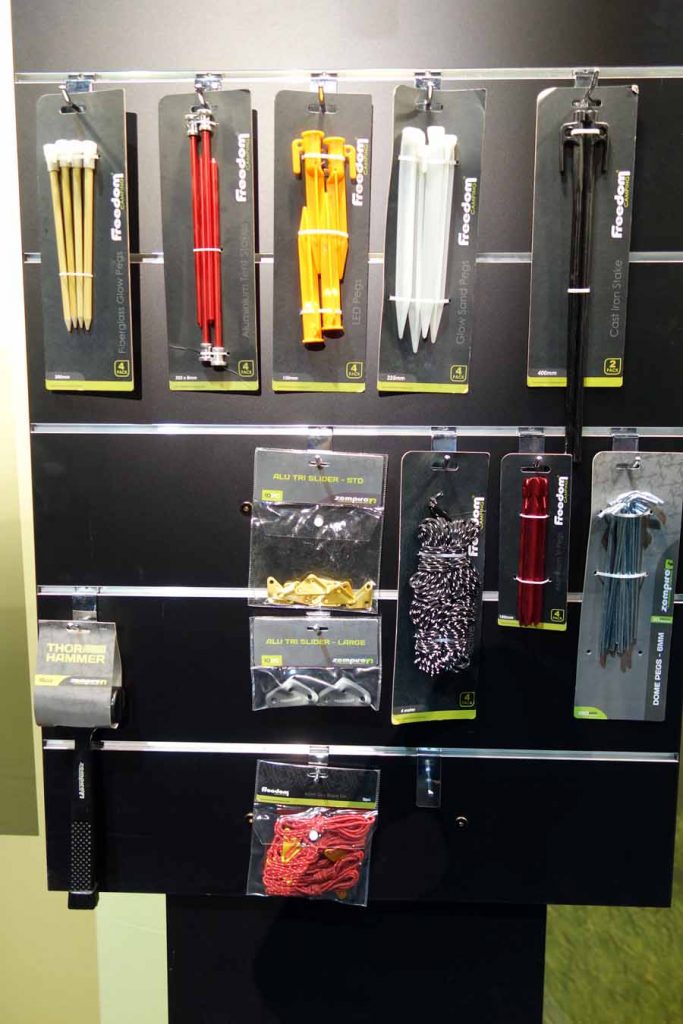 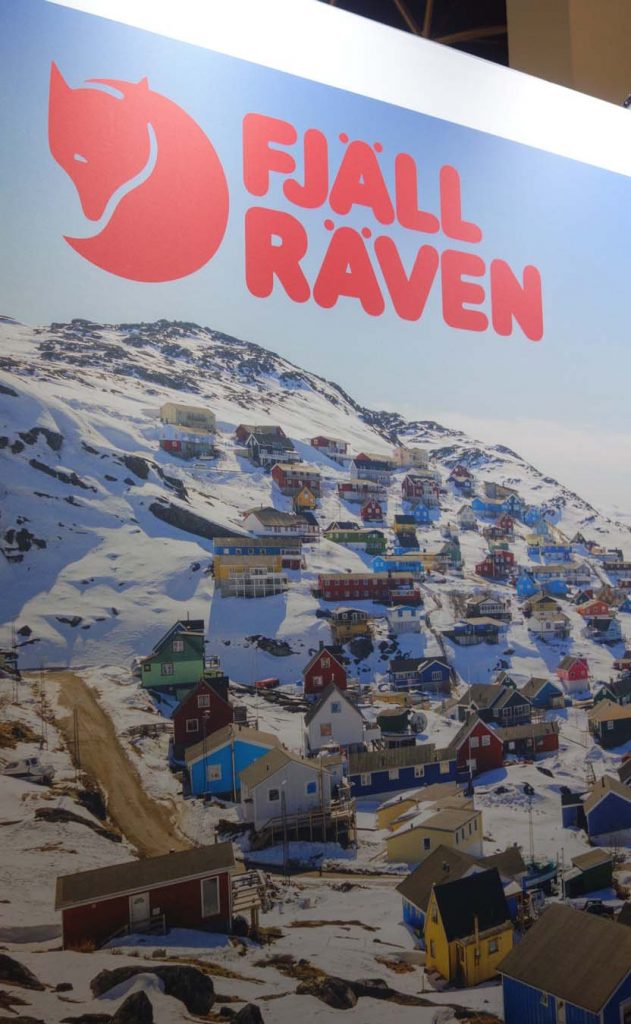 Fjall Raven. A very well known European brand that is just making its way into Australia. Look out for this brand in stores over the coming year Fjall Raven pack wall. Love the colours – who said outdoor gear had to be grey or khaki coloured? Interviewing Greg from Spelean. Spelean is the distributor for many well known brands such as MSR, Thermarest, Buff, Petzl and Platypus Thermarest sleeping mats. The Speedvalve is being introduced to more of this range and means you won’t have to exert yourself to inflate your mat at the end of the day