The term ‘cairn’ was originally derived from a Gaelic term meaning ‘mound of stones built as memorial or landmark’.

In ancient times soldiers going into battle would place a stone on a pile and at the end of the battle, remove a stone. Those stones left would serve both as a memorial for those who died as well as a measure of the lives lost.

While rock chairs can be used as trail markers more recently people have taken to building cairns for no particular reason and this can confuse those who may use them for trail markers. They also have an environmental impact as it can disturb many smaller creatures who would have used the solitary rocks as shelter.

Hiking best practice is not to stack rocks unless there is some valid navigational reason. 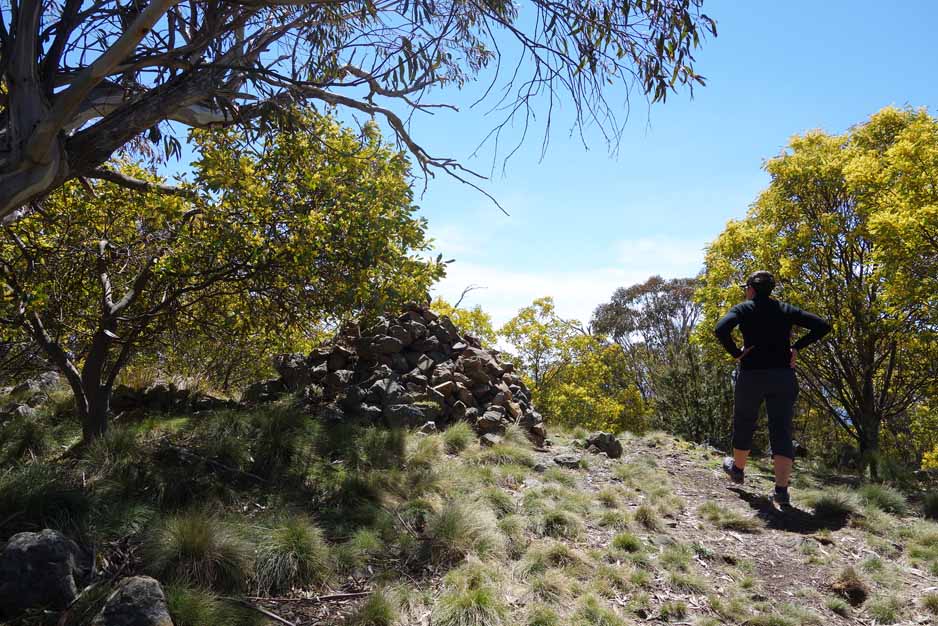 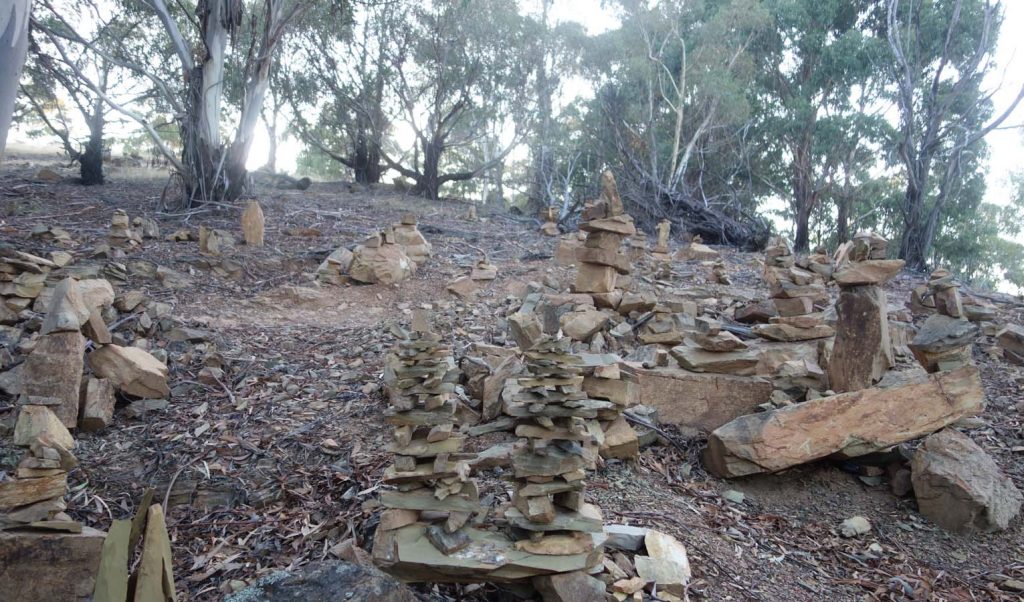 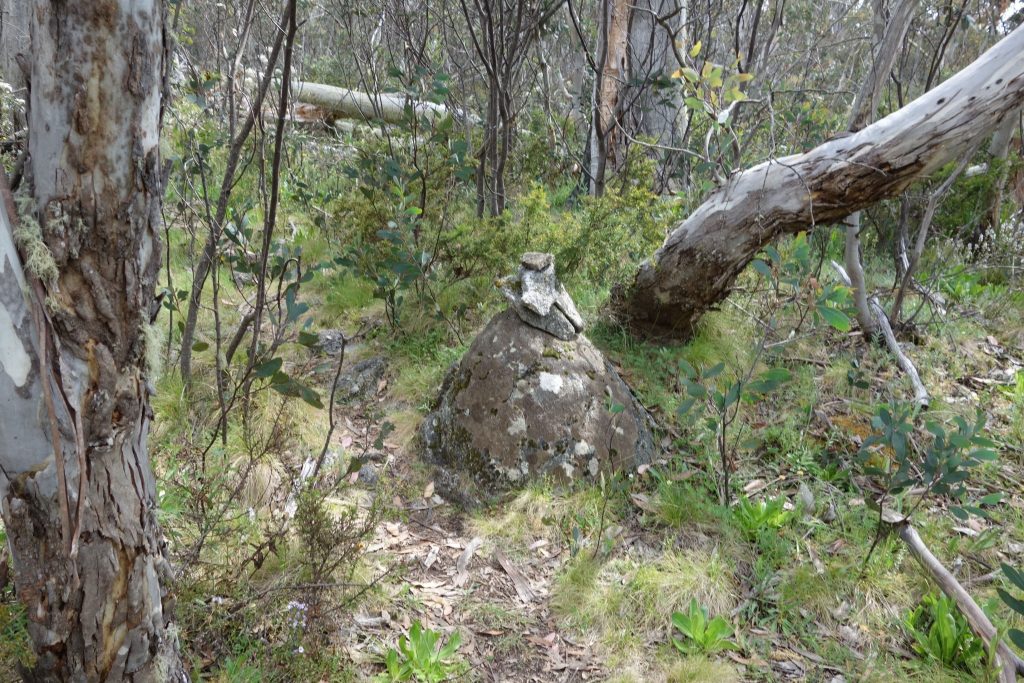 This small pile of rocks is a trail marker to help summit Mt Bimberi (south of Canberra). This section of the trail relies on these markers as the forest is difficult to navigate otherwise