Sea to Summit currently makes three hammock types. The Ultralight range, the Hammock Set Pro Double (and Single), and the Jungle Hammock Set. I recently had the opportunity to test out the Jungle Hammock Set which sits at the top of the range at AUD $376 RRP. I didn’t think I was going to like it as much as I did but it surprised me which I’ll explain in this review. Jungle hammocks are sold by a number of manufacturers around the world and they are best considered a type rather than brand based on their features which cater for wetter more insect-ridden conditions (i.e. jungle).

The Sea to Summit Jungle Hammock is made from a greenish 70 denier nylon which is essentially a thick tent material that weighs in at 775 grams and packs down to a nice small size (see image below). I must admit with this being the first hammock that I have overnighted in there was a degree of trepidation about how well it would carry my 105 kg weight. I think that this is a consideration of any first time hammocker and one that is unfounded given this hammock is rated to 135 kg so unless you are pushing that weight limit, this hammock will suit the majority of hikers. Size wise the Sea to Summit Jungle Hammock is 260 cm in length and if I had to make one change to this hammock, I would add a small amount of extra length to suit my 185 cm frame but having said that it wasn’t a deal breaker. Sleep wise I sleep comfortably in this hammock but as mentioned an extra 30 cm of length wouldn’t have gone astray.

This hammock also has a built in bug net and this is something that I really appreciated as the only time you don’t need insect netting is in very cold conditions. Having said that I found the bug mesh helped to minimise air flow and actually helped to maintain the heat in the middle of the night. Another thing I liked about the built-in bug netting is the zip that runs almost the full length along one side. As an older hiker who isn’t as flexible as I once was, I found that by the time I fully unzipped the mesh it was very easy to get into and out of the hammock compared to the seperate add-on option that has a smaller access point.

Still on the bug netting there is a very small gear loft that lives on the ridge line and this is another feature that I would either like to duplicate or make larger. Because of the sizing you can’t fit much in there and after a bit of trail and error I need up storing my compact camera in it but thats about all that would fit.

This hammock set also comes with suspension straps that are black in colour as opposed to blue and white on their other models and also have a bit more robustness to them to help minimise damage to tree bark. Having said that I did find that the strap on one end of this hammock did dig in a bit but to the tree which surprised me because it was the only time. If you are planning on hammock camping regularly then look at purchasing a set of tree straps that have additional width to help protect the trees. While we are still talking straps and suspension, the Sea to Summit hammocks are designed to be used with their own suspension and this provides both advantages and disadvantages. The advantage is that once you know how they connect they are very easy to set up. The disadvantage is that you can only use the Sea to Summit suspensions straps/tree straps so if you are a bit of a gear freak and like to create your own kit, then that’s limited.

There were a couple of features on this hammock that I wasn’t aware of before testing that while aren’t critical are nice to have and make your life easier. Firstly the stuff sack is actually part of the hammock so once you have opened up the sack you pull the hammock out and there is no chance of loosing the bag. Secondly this hammock comes with built in ‘snakeskins’. Snakeskins are essentially a tubular cover that looks like a skin of a snake (hence the name) and provides an extremely easy to get on and off protective covering for the hammock and insect mesh that also makes packing up a breeze. There is a drip guard on the end that doesn’t hold the stuff sack that is designed to limit water running down the suspension straps and into your sleeping area during periods of heavy rain. Last but not least, there is a a hook on end of each suspension strap to hold various bits and pieces off the ground and in my case I used them to hold excess strapping in addition to the cords from my under quilt.

Sea to Summit also makes a Jungle Tarp for use with this hammock but when we had this model for test I used the Sea to Summit Hammock Tarp or the Sea to Summit Escapsist Tarp instead. Ignoring the bright colours, they do a more than adequate job and as I already owned both it made sense to use them. The advantage of using the Jungle Tarp is that its the same darkish green colouring which helps the hammock disappear into more heavily wooded landscapes which, if you are trying to be stealthy when camping, isn’t a bad option.

Price wise this hammock has a RRP of AUD $376 and while its not the lightest model in the range its good value for what it provides and when you compare this to a high quality tent, the price of your kit is going to be comparable. As mention this hammock really surprised me and out of the Sea to Summit range as far as a hammocks for sleeping in that needs to cope with a variety of environmental conditions, this is definitely the pick of the Sea to Summit range for the average hiker.

If you have used the Sea to Summit Jungle Hammock or if you have questions, we’d like to hear from you. Post your comment or question below 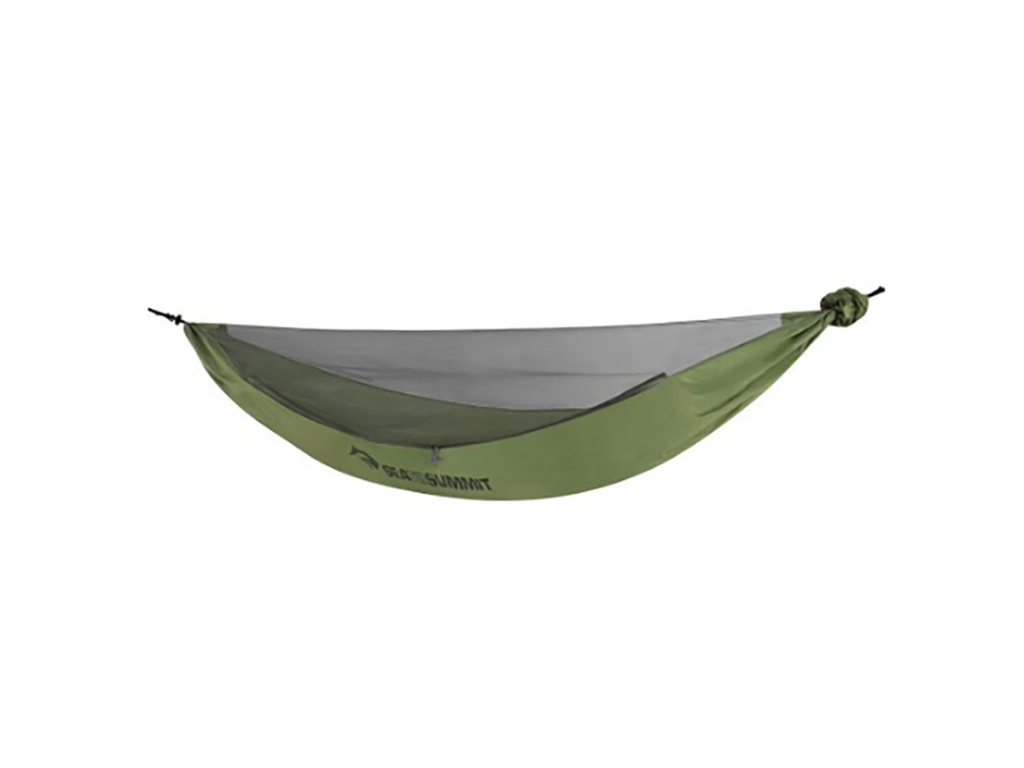 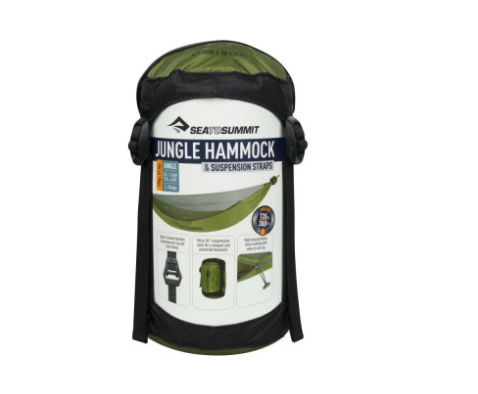 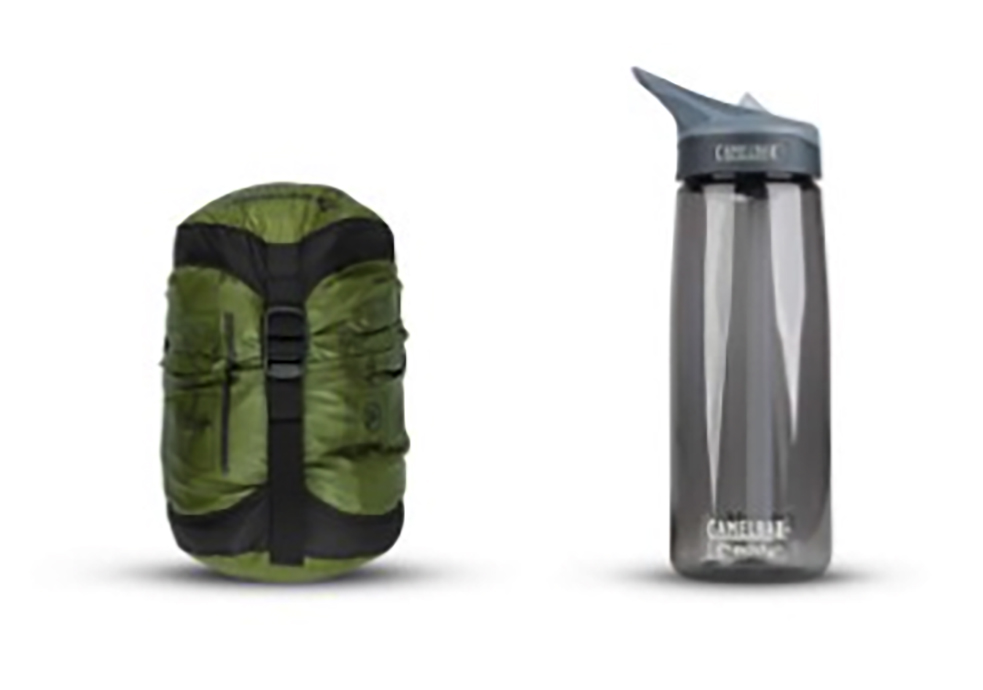 Gear Loft on the Sea to Summit Jungle Hammock. This small gear loft is attached to a cord ridgeline that holds the bug net well off the user’s face. This gear loft can be moved along the ridgeline to a position that suits your needs 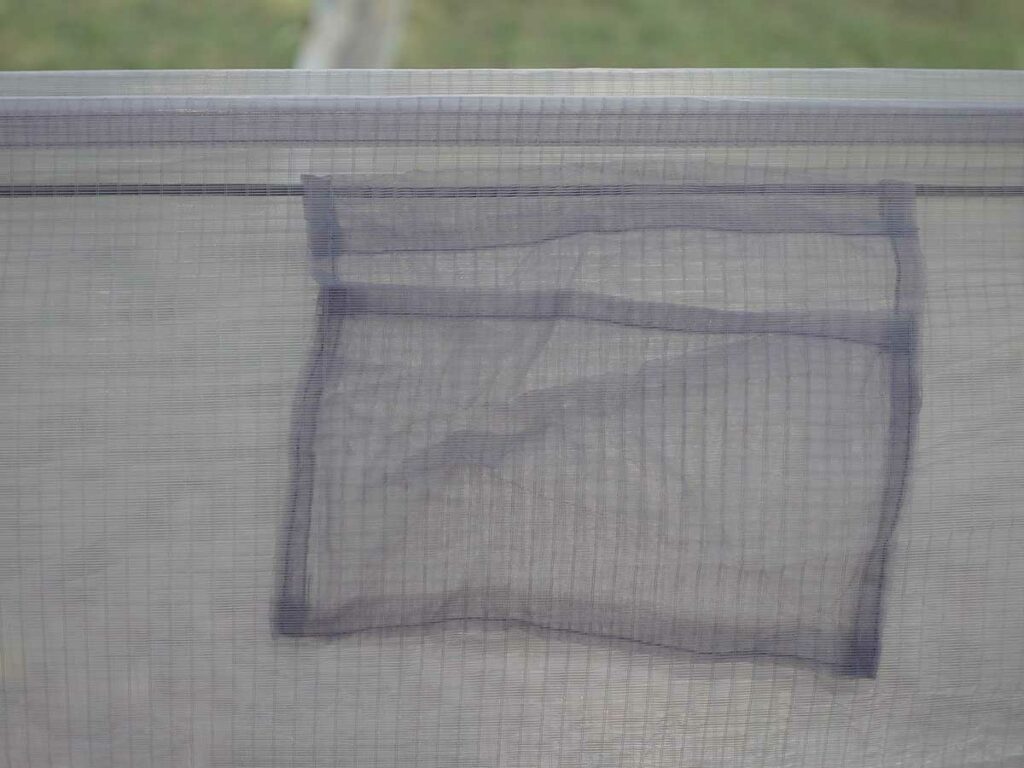 Sea to Summit Gear Loft viewed through the attached bug netting. This small gear loft is attached to a cord ridgeline that holds the bug net away from the user’s face Sea to Summit Jungle Hammock and attached Stuff Sack. This Stuff Sack is attached to the hammock so won’t get lost 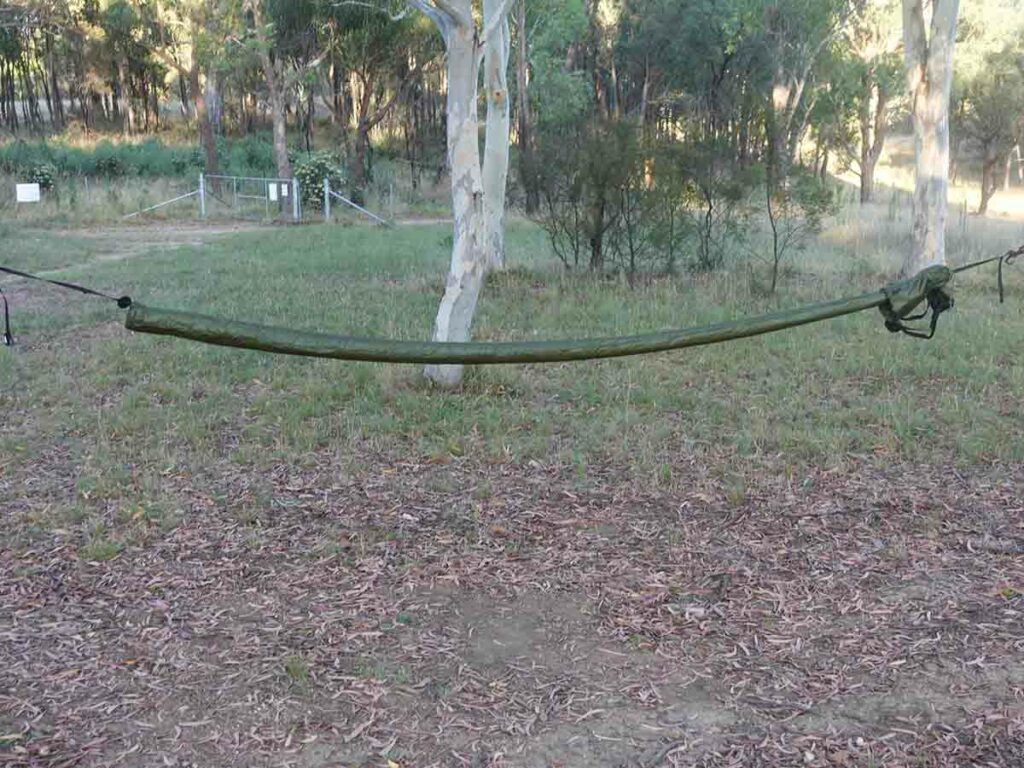 Sea to Summit Jungle Hammock in attached ‘snakeskins’. The snakeskins allow for very easy packing and protect the insect mesh 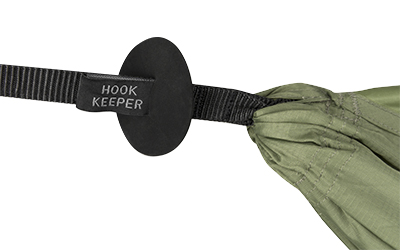 Drip guard on Sea to Summit Jungle Hammock prevents water running into the hammock when it’s raining. Its also the hook loop for hanging other gear off the ground