The Petzl Zipka Headlamp is a simple and ultra-compact headlamp that offers a maximum 300 lumen brightness, all in a relatively compact and lightweight 66 gram package.

This headlamp is a traditional construction with the light and battery compartment all in a single unit at the front. It varies from others on the market in two main ways. Firstly in that there is no tilt adjustment to focus the light. Having said that, this light is designed in such a way that by moving it slightly up and down on the forehead you achieve much the same result. The other main difference is that the neoprene style head strap that most other lights have on the market, is replaced with a retractable string. If you have a full head of hair the comfort level is not bad but you’ll to think about whether your hair will ‘catch’ on the string. As someone who is bald, the string can become a bit uncomfortable over an extended period.

As far as the lighting is concerned this headlamp can use three AAA batteries or the optional rechargeable Core battery which means it has a good degree of versatility if you are using it for extended periods. This headlamp has five separate lighting choices which are:

The white lighting options also have dimming ability. Lighting options are chosen with the use of a single button which is now becoming common on headlamps these days. While this lamp throws a maximum 300 lumen beam which provides excellent light in close, it’s a bit wide for my liking with the end result being the distance beam only has a 65 metre throw. While sounding good it’s a bit on the weak side for serious way finding in unfamiliar areas. The duration of the beam varies between 120 hours on the low setting all the way up to two hours on the highest beam setting. With the option to swap battery types most hikers will be happy with this duration.

One other small feature worth mentioning is that there is a small phosphorescent ring surrounding the beam that makes it easy to find when the light is off. This headlamp comes in two colours – black and a muted green.

So is this a light worth considering? For most hikers the answer is a definite yes particularly at the relatively  inexpensive RRP of $65 AUD.

You can purchase the Petzl Zipka Headlamp from Wild Earth

Please note that our affiliations do not influence, in any way, the independence of our gear reviews 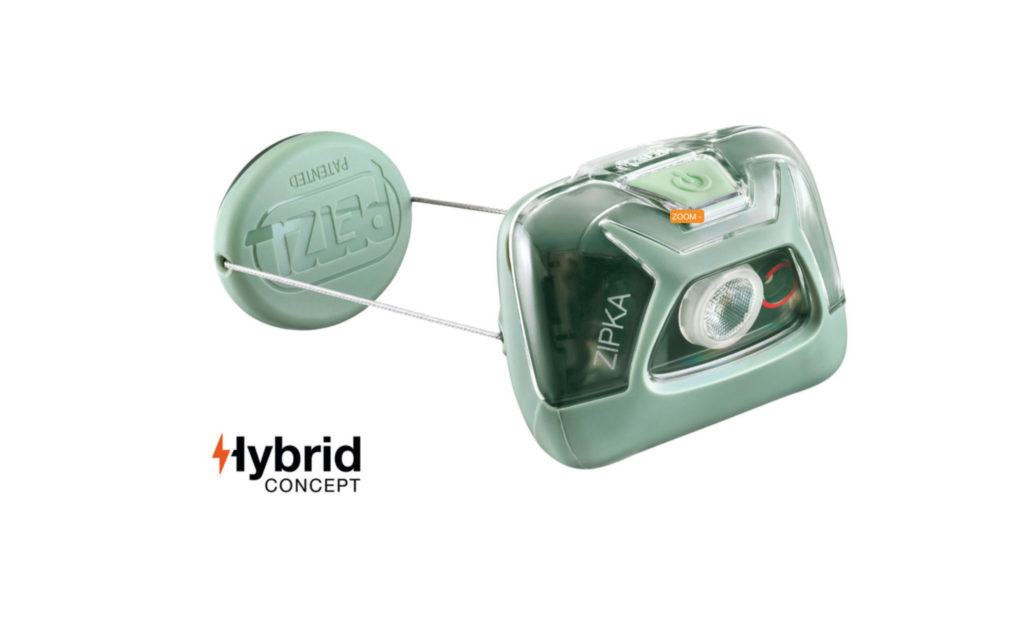 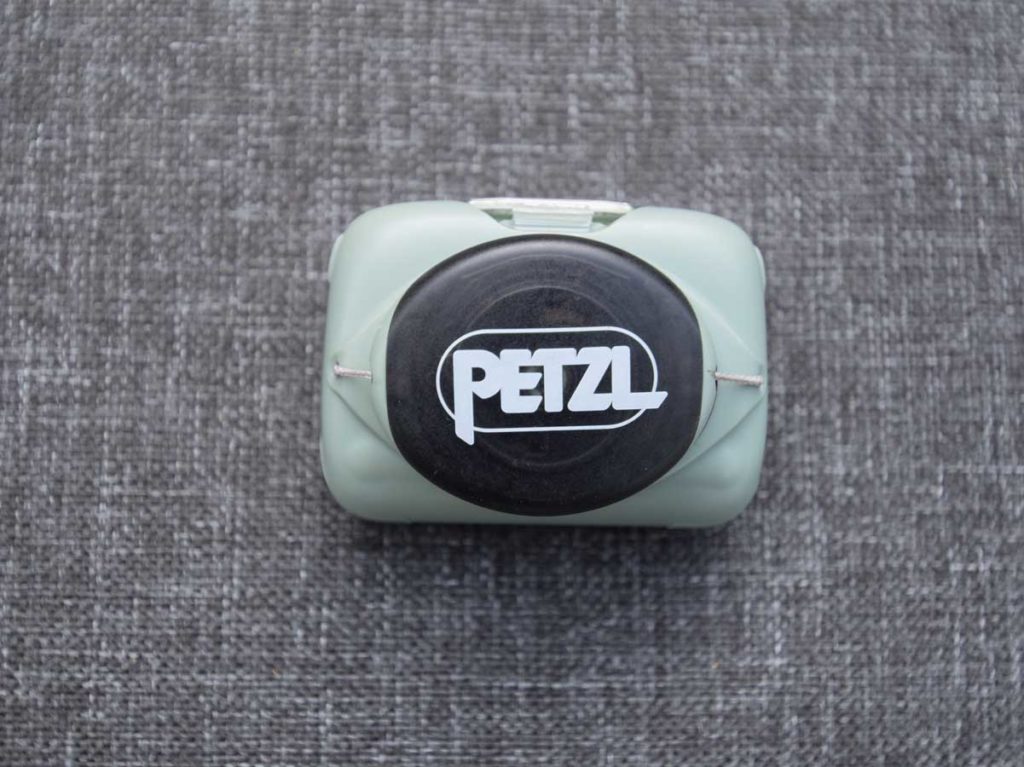 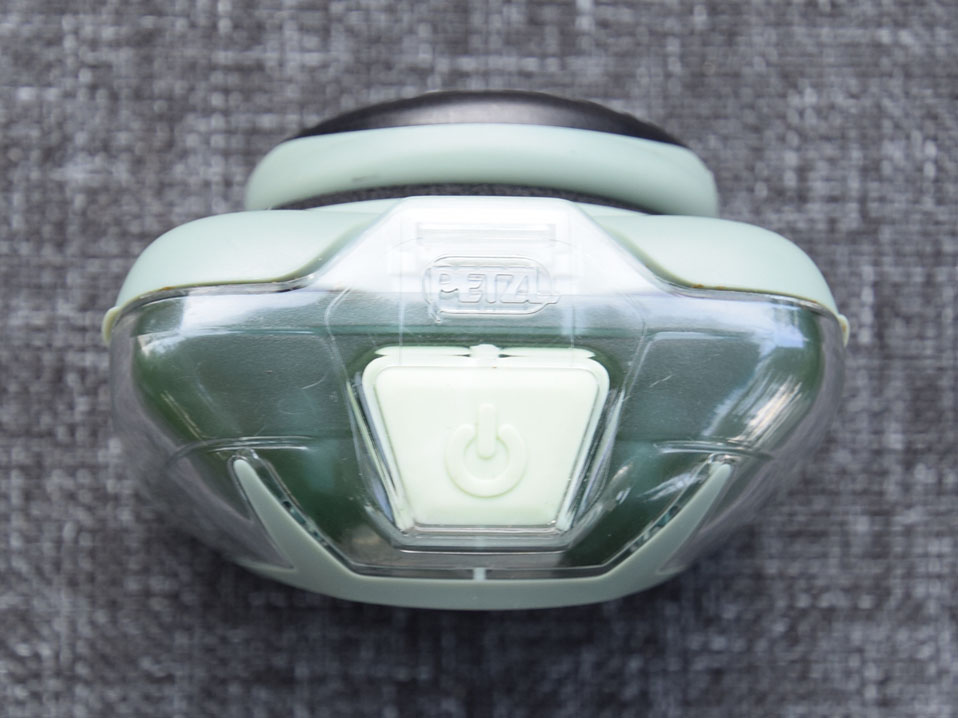 Petzl Zipka top view with single button. This is the green colour which is very muted Petzl Zipka with battery compartment open. You can either use three AAA batteries or Petzl’s Core rechargeable battery 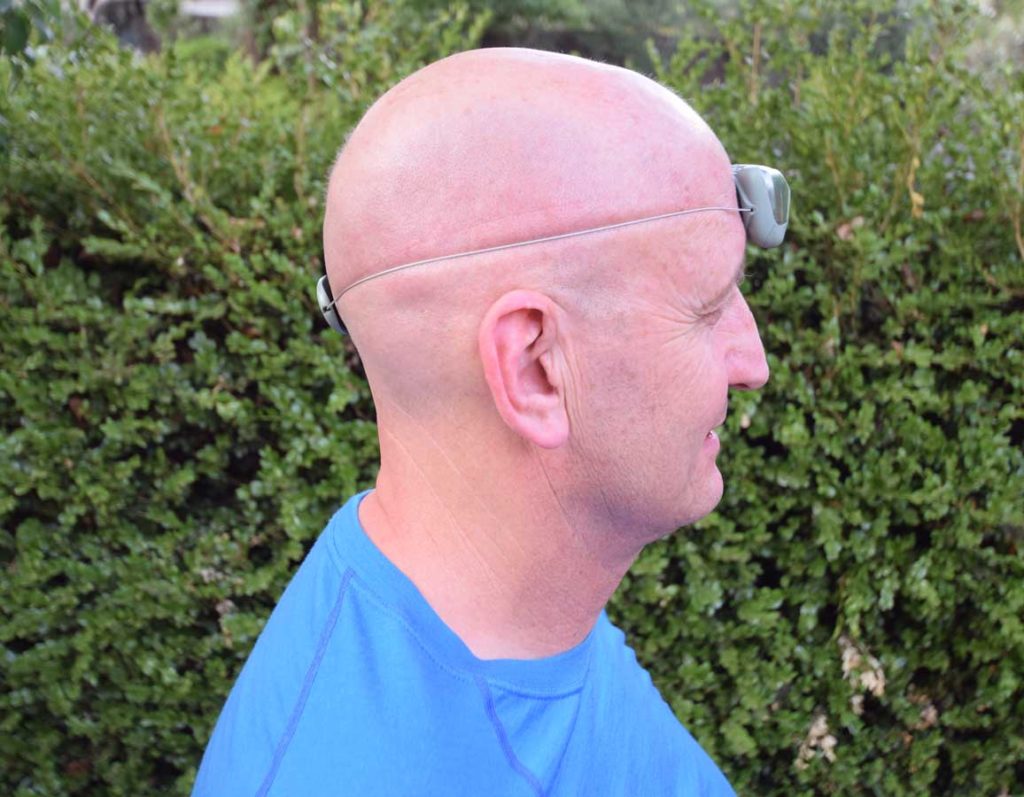 Petzl Zipka on side view. While there is no adjustable head tilt on this light by slightly readjusting the unit up and down on the forehead you can achieve similar results as far as the lighting angle is concerned 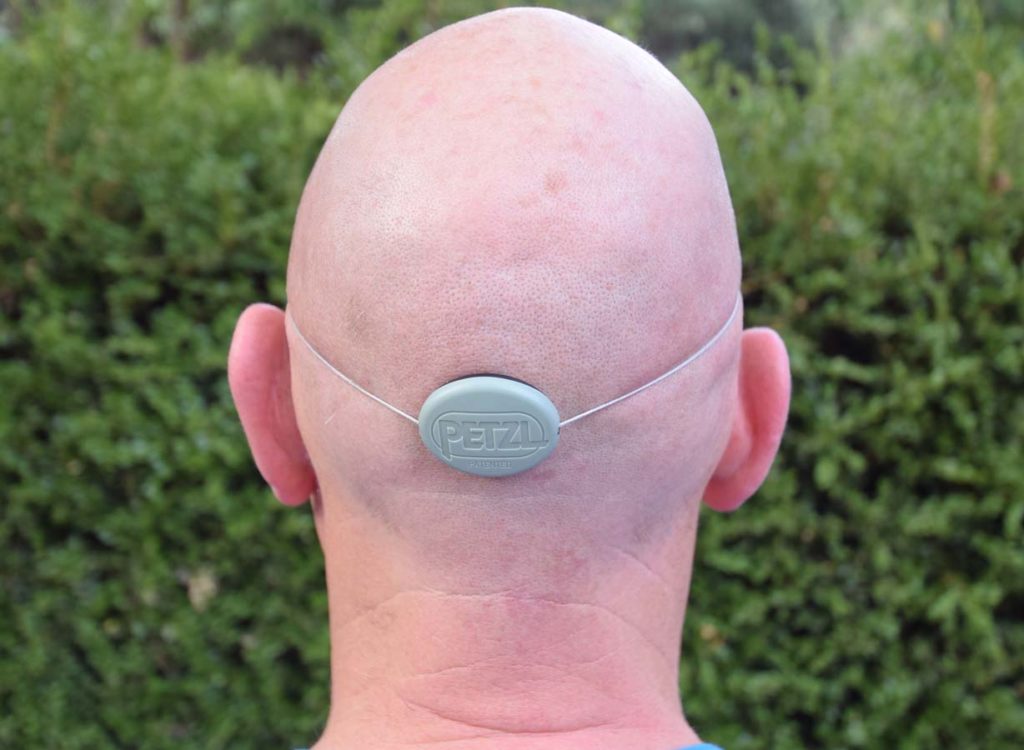