For most people this is going to be one of those products you are never likely to see on a hike let alone in many hiking stores.

If I’m honest my reason for purchasing this set of pegs wasn’t as a tent peg, that was just an added bonus; I purchased this as a cathole trowel. I own, and have used, the Deuce of Spades trowel which is considered the industry standard for ultralight backpackers but it’s so light that it doesn’t cope with hard rocky soils. So after staring at this peg a couple of years ago I bit the bullet and decided to see if this was an option for digging holes.

As far a being a tent peg let’s deal with that function that’s its primary purpose. The spade like shape of this 23 cm peg is purpose built and designed to create ‘drag’ in soft sand or in snow conditions. In fact MSR claims it has ten times the holding power of a standard peg. The peg is more of a peg system whereby you bury the peg into sand/snow – the stainless steel guy-lines that come with each peg is what you actually attach your tent. This peg does come in a larger size and if you are going into sand/snow conditions and are also likely to have high winds then the larger size would be the way to go.

If you are hiking in soft sand or snow, this peg and its larger sibling is really your only choice for a secure shelter system as the narrow style of pegs are likely to pull out particularly in soft conditions. The pegs come with instructions for use and you will end up partially burying the stainless steel guy line which helps to create additional drag by pulling the peg from the bottom against the surrounding snow/sand.

If you aren’t hiking in the snow or sand then you can skip using the metal guy-lines and just use these pegs by themselves – believe me they aren’t going anywhere as they hold onto the soil extremely well.

Now for the downsides. The most obvious one is the price as just over $18 per peg; not cheap but in what they are designed for they are good value for money. The second one is the weight at 40 grams each. That doesn’t sound like very much but when you compare them to the MSR Core Carbon tent peg at 6 grams each or the MSR Groundhog tent pegs at 13 grams each then you can’t really class these as a lightweight peg.

So how did they go as a cathole trowel? In soft soil it worked very well but in hard soil I just found the hard metal edges uncomfortable to dig with. This is not just an issue with this ‘tool’  but something that all metal trowels have in common so it’s not going to replace my GSI Cathole Trowel as my current weapon of choice. If however you use the Deuce of Spades then this is a better option because its can and does perform the function of a tent peg and as a trowel, will cope with harder soils better than the Deuce does.

While I’m not likely to include this peg as part of my standard hiking kit it will get an occasional work out on the rare occasions I camp on the beach or in the snow. So if you do want a peg that is going to grip in the sand or snow, then you can’t go past this peg or it’s larger sibling. 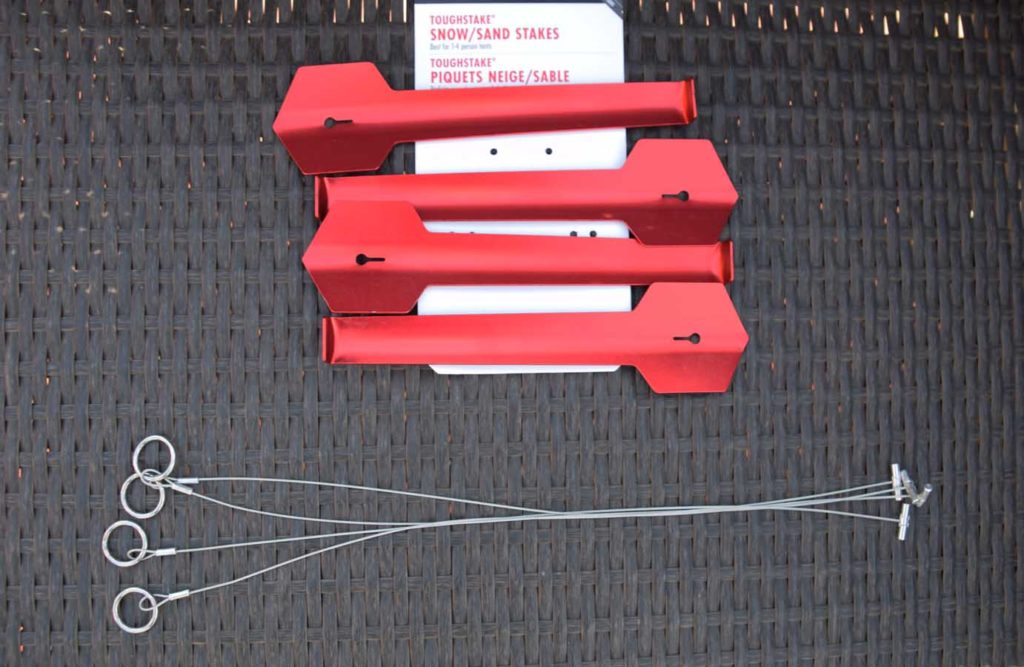 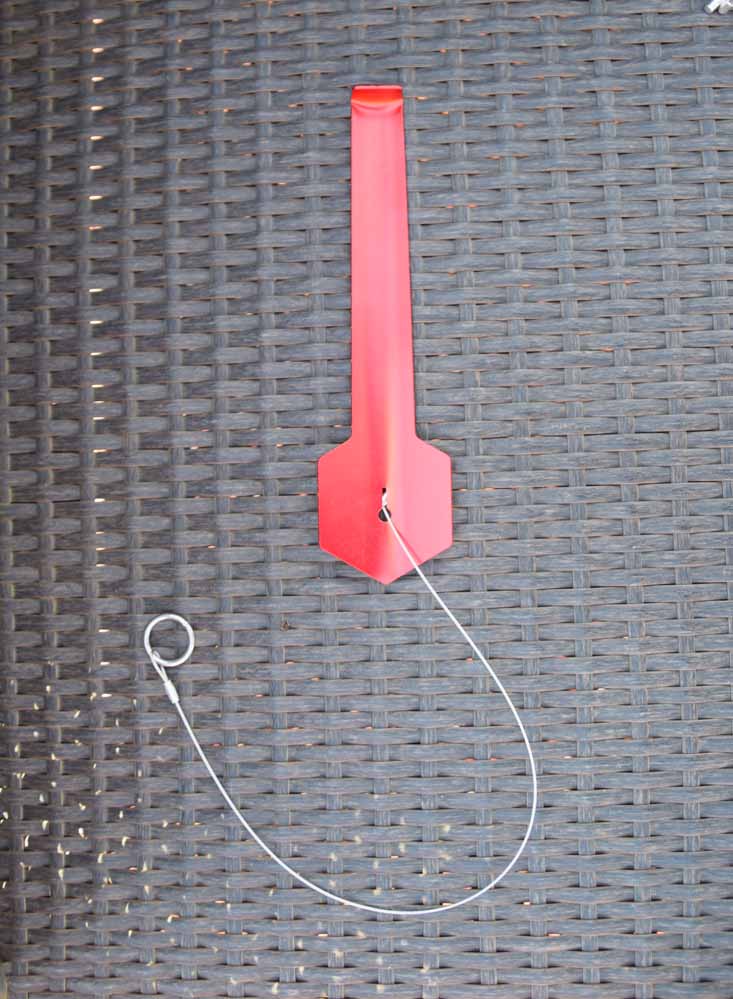 MSR Toughstake with instructions on peg 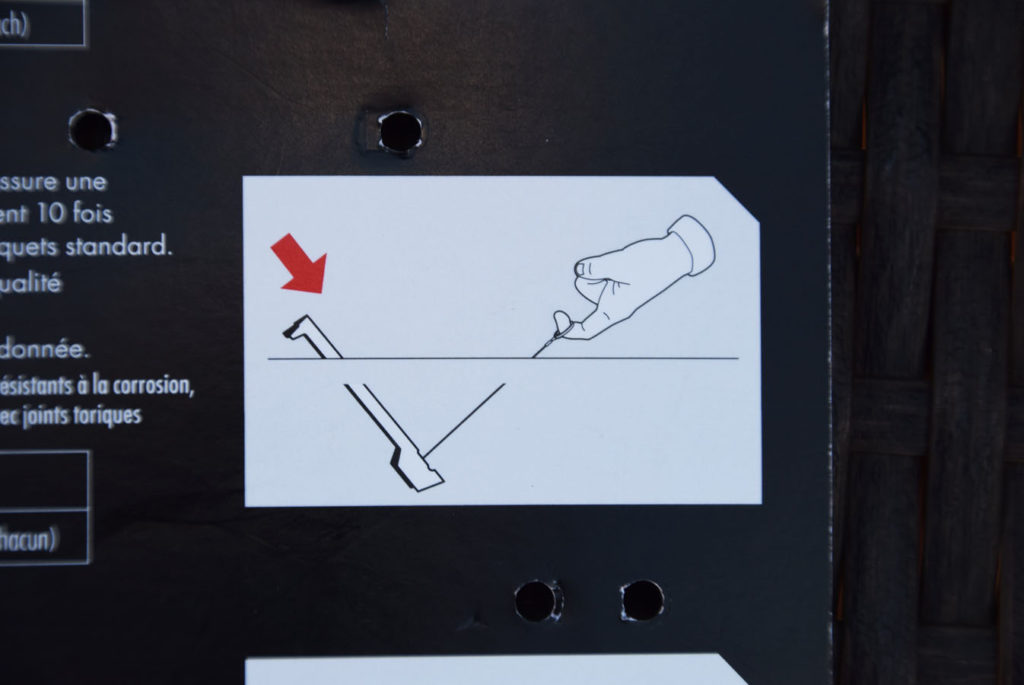 MSR Toughstake instructions showing how the peg should be buried. The guy line is also partially underground as well. Make sure you pack down the sand and soil as best as possible. If you are camping in sand, a spare rock would go astray particularly in windy conditions

You can purchase the MSR Toughstake Snow/Sand Tent Peg Small from Wild Earth. Please note that our affiliations do not influence, in any way, the independence of our gear reviews. If we don’t like something, we’ll tell you

If you have used the MSR Toughstake Snow/Sand Tent Peg Small or if you have questions, we’d like to hear from you. Post your comment or question below 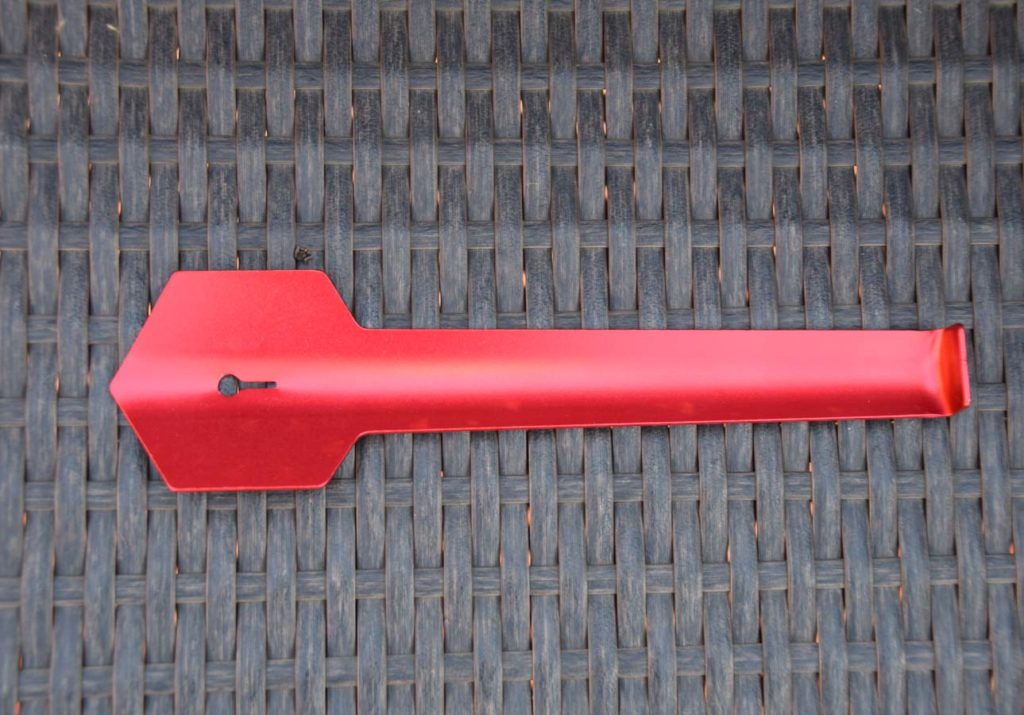